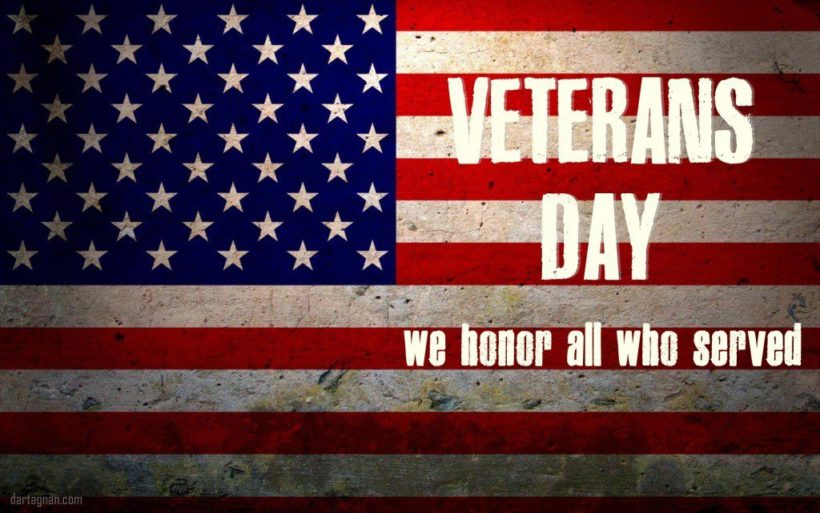 (by Alexandra Gallo, CNN Wire, posted at CBS News local Denver)  SCRANTON. PA – While many professional athletes are taking a knee, many veterans are taking a stand.

One group of veterans released a statement last month about NFL players protesting during the National Anthem. They are condemning those actions.

“We’re the people that fought and defended the freedom to protest. There is a time and a place to protest,” said Lackawanna County Council of Veterans Commander Joe Albert.

The Council of Veterans say they are not condemning athletes using their platforms to protest, but as soldiers who have served active duty, they feel protesting the flag and the National Anthem is disrespecting the country they have fought for.

Now, many veterans say they have turned the games off, and that they will take part in a national boycott of all NFL games on Sunday, Nov. 12, the day after Veterans Day.

“[NFL players] have so much power. It is wrong for them to abuse their power,” said Ed Faatz, the president of Friends of the Forgotten.

The Lackawanna County Veterans say protesting while in uniform is abusing that power, and that they should be doing it on their own time.

The news brief above was posted at CBS News local Denver on Nov. 6, from CNN Wire. Reprinted here for educational purposes only. May not be reproduced on other websites without permission.

Watch a Pennsylvania local news report on this topic:

In 2010, Marine Lieutenant General John F. Kelly (who is currently the White House Chief of Staff) said in a Veterans Day speech:

Those with less of a sense of service to the nation never understand it when men and women of character step forward to look danger and adversity straight in the eye, refusing to blink, or give ground, even to their own deaths. The protected can’t begin to understand the price paid so they and their families can sleep safe and free at night. No, they are not victims, but are warriors, your warriors, and warriors are never victims, regardless of how and where they fall. Death, or fear of death, has no power over them. Their paths are paved by sacrifice, sacrifices they gladly make for you.

Like those who went before them in uniform, we owe them everything. We owe them our safety. We owe them our prosperity. We owe them our freedom. We owe them our lives. Any one of them could have done something more self-serving with their lives as the vast majority of their age group elected to do after high school and college, but no, they chose to serve knowing full well a brutal war was in their future. They did not avoid the basic and cherished responsibility of a citizen—the defense of country—they welcomed it. They are the very best this country produces, and have put every one of us ahead of themselves. All are heroes for simply stepping forward, and we as a people owe a debt we can never fully pay.

In his speech, Lt. Gen. Kelly tells the story of the bravery of two Marines, Corporal Jonathan Yale and Lance Corporal Jordan Haerter in Ramadi, Iraq.  Read the speech (and find links to the video) at:  whatsoproudlywehail.org

NOTE: An armistice is a formal agreement of warring parties to stop fighting. It is not necessarily the end of a war, since it might be just a cessation (a pause or stopping) of hostilities while an attempt is made to negotiate a lasting peace. The treaty between the Allies and Germany to end World War I is an example of a famous armistice.

For help answering the questions below, go to  va.gov’s History of Veterans Day and FAQs

1. How did the heads of two veterans groups explain their decision to boycott NFL games this Veterans Day weekend?

2. Re-read the excerpt from Gen. Kelly’s 2010 Veterans Day speech. What idea from this excerpt most inspires you? Explain your answer.

3. What is the difference between Veterans Day and Memorial Day?

4. On what day is Veterans Day officially observed every year?

5. a) Why was Veterans Day called Armistice Day until 1954? Be specific.
b) Why was it changed?

6.  Who was the first president to issue a Veterans Day Proclamation? In what year did he do so?

7. a) Ask a grandparent how Veterans Day was commemorated when he/she was a teenager.
b) Ask a parent the same question.

8. Why is it important for every American to honor our veterans on Veterans Day?

9. Do you have any relatives, friends or neighbors who are veterans?  What do you think is the best way to acknowledge their service?

The purpose of Veterans Day is to to honor America’s veterans for their service and sacrifice.

How will you honor our veterans this Veterans Day?  Visit the following websites for some ideas:

or, volunteer at one of our Veterans organization: DAV, Amvets, VFW…

Encourage the families of those currently serving:

**For a great movie about three veterans returning home from WWII, watch The Best Years of Our Lives.
**Seargent York is a movie based on the true story of Sgt. Alvin York in WWI.  – also highly recommended.

**For a book about WWI vets, read: “The Last of the Doughboys“

Video – a medley of the Armed Forces songs, from the National Memorial Day Concert, in Washington D.C. 2010 (with lyrics):

Video – History of Veterans Day (from the History Channel):

NOTE:  The wearing of poppies in honor of America’s war dead is traditionally done on Memorial Day, not Veterans Day. The practice of wearing of poppies takes its origin from the poem In Flanders Fields, written in 1915 by John McCrae.

Have you ever read the Flanders Fields poem?  Have you ever given money to a veteran offering poppies at supermarkets or church?  Do you know how this tradition first began or what is done with the money collected?  For history of the Memorial Day poppies go to: www1.va.gov/opa/publications/celebrate/flower.pdf.