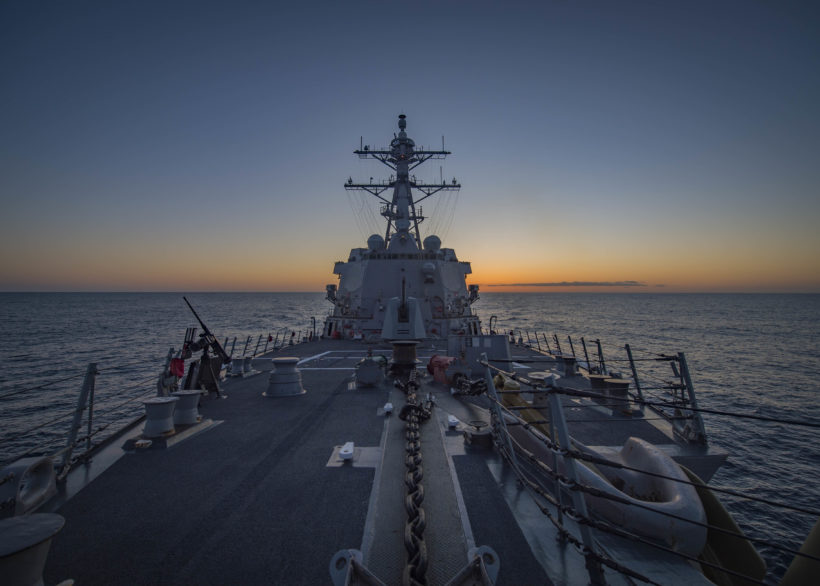 (by Carlos Hamann, AFP) Washington – With tensions between NATO and Russia rising, the U.S. military is re-establishing the U.S. 2nd Fleet — a Cold War command disbanded in 2011 — to patrol the North Atlantic and face a resurgent threat from Russia.

The Second Fleet will provide forces along the U.S. east coast and in the northern Atlantic Ocean, according to Chief of Naval Operations, Adm. John Richardson, who made the announcement Friday, May 5 during a change of command ceremony in Norfolk, Va.

“Our National Defense Strategy makes clear that we’re back in an era of great power competition as the security environment continues to grow more challenging and complex,” said Richardson, according to a navy statement.

“That’s why today, we’re standing up Second Fleet to address these changes, particularly in the north Atlantic.”

The 2nd Fleet command was disbanded as a cost-savings measure under the Obama administration in 2011, and its assets and personnel dispersed within the navy.

Before it was disbanded the 2nd Fleet played a key role during the Cold War years, with operations in the North Atlantic and supporting US naval forces in the Mediterranean.

Russian submarine activity is at its highest levels since the Cold War, according to NATO and U.S. officials. Russia recently sent a spy ship up the east coast of the United States and the country announced plans to develop an underwater nuclear armed drone.

Russian planes and ships have in recent months made multiple incursions in the north Atlantic close to the airspace and territorial waters of US NATO allies, including Britain.

The decision to reactivate the 2nd Fleet followed increasing threats in the Atlantic from Russia, officials familiar with the decision told USNI News.

Defense Secretary Jim Mattis said in January the United States is facing “growing threats” from China and Russia, and warned that the US military’s advantages have eroded in recent years.

“We face growing threats from revisionist powers [governments that want to gain more control in the world] as different as China and Russia, nations that seek to create a world consistent with their authoritarian models,” Mattis said as he unveiled the Pentagon’s national defense strategy.

“Our military is still strong, yet our competitive edge has eroded in every domain of warfare,” he added.

The fleet also oversaw the blockade of Cuba during the Cuban Missile Crisis, rescued Americans in Grenada during Operation Urgent Fury in October 1983 and trained and certified half the U.S. fleet for Operations Desert Shield and Desert Storm.

From AFP .com (with bracketed excerpts from UPI). First published May 5, 2018. Reprinted here for educational purposes only. May not be reproduced on other websites without permission from Agence France-Press.

4. a) Describe the recent Russian activity in the Atlantic.
b) What area will the re-established 2nd Fleet be responsible for?

5. What warning did Secretary of Defense James Mattis give in January regarding Russia and China?

6. How important do you think it is for the U.S. to re-activate the 2nd Fleet?

The 2nd Fleet command currently exists only on paper, but according to USNI News, a publication of the US Naval Institute, the command will open for business on July 1 with 11 officers and four enlisted personnel.

The command will eventually grow to 256 personnel — 85 officers, 164 enlisted and seven civilians — USNI reported, citing a memo signed earlier in the week by Navy Secretary Richard Spencer. (from teh AFP article above)

Read more about the 2nd Fleet at wikipedia.