Two Chinese diplomats expelled from US after entering military base 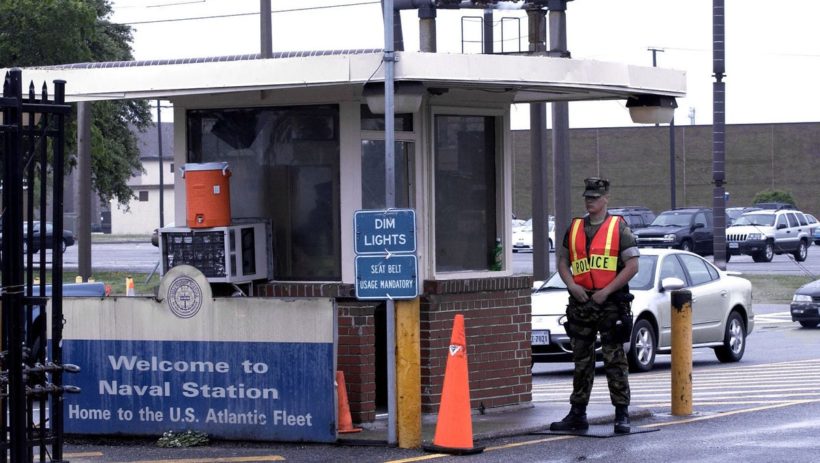 (by Lee Brown, New York Post) — Two Chinese diplomats have been secretly kicked out of the US after driving onto a sensitive military base in Virginia — the first such expulsions in more than 30 years, according to a report Sunday.

The Chinese Embassy officials were stopped in September at a base in Norfolk that is home to Special Operations forces — after they were chased by military personnel, according to The New York Times.

At least one is believed to be an intelligence officer operating under diplomatic cover, The Times said, citing six people with knowledge of the expulsions.

The officials had been with their wives when they drove up to a checkpoint at the base, and were only allowed in to make a U-turn to immediately leave again, the report said.

They instead continued driving into the base, evading military personnel — and only stopping when they were blocked by fire trucks, the paper said.

The diplomats claimed they did not understand the guard’s English instructions, but officials believe they were testing security there to perhaps later dispatch other intelligence officers, The Times said.

The pair were then expelled from the US — the first known expulsion of Chinese diplomats since 1987 and a move that was not announced by either Washington or Beijing, The Times said.

The expulsion comes during ongoing tensions between the US and China amid a trade war.

However, China has not retaliated by expelling American diplomats –perhaps a sign that Chinese officials know the diplomats overstepped the mark and were too brazen, The Times said.

The Chinese Foreign Ministry and Chinese Embassy in Washington did not reply to the paper’s requests for comment.

The State Department, which is responsible for relations with the Chinese Embassy and its diplomats, and the F.B.I., which oversees counterintelligence in the United States, also declined to comment.

2. What is known about the Chinese diplomats?

4. a) What excuse did the two give when they were caught?
b) What do U.S. officials believe was the actual motive of the two?
c) Think about the excuse the Chinese used. For what obvious reason would no one believe this?

5. For what reason did the Times’ reporters suggest China did not retaliate as expected?

6. How do you know the U.S. is taking this incident very seriously?

In recent months, Chinese officials with diplomatic passports have become bolder about showing up unannounced at research or government facilities, American officials said, with the infiltration of the military base only the most remarkable instance.

The expulsions…show the American government is now taking a harder line against suspected espionage by China, officials said.

On Oct. 16, weeks after the intrusion at the base, the State Department announced sharp restrictions on the activities of Chinese diplomats, requiring them to provide notice before meeting with local or state officials or visiting educational and research institutions.

At the time, a senior State Department official told reporters that the rule, which applied to all Chinese Missions in the United States and its territories, was a response to Chinese regulations imposed years ago requiring American diplomats to seek permission to travel outside their host cities or to visit certain institutions.

Two American officials said last week that those restrictions had been under consideration for a while because of growing calls in the American government for reciprocity, but episodes like the one at the base accelerated the rollout.

For decades, counterintelligence officials have tried to pinpoint embassy or consulate employees with diplomatic cover who are spies and assign officers to follow some of them. Now there is growing urgency to do that by both Washington and Beijing [who accuse Americans of doing the same].

The F.B.I. and the National Institutes of Health are trying to root out scientists in the United States who they say are stealing biomedical research for other nations, China in particular. The F.B.I. has also warned research institutions about risks posed by Chinese “students” and “scholars.”

Last month, Jerry Chun Shing Lee, a former C.I.A. officer, was sentenced to 19 years in prison, one of several former American intelligence officials sentenced this year for spying for Beijing.

His work with Chinese intelligence coincided with the demolition of the C.I.A.’s network of informants in China — one of the biggest counterintelligence coups against the United States in decades. From 2010 to 2012, Chinese officers killed at least a dozen informants and imprisoned others. One man and his pregnant wife were shot in 2011 in a ministry’s courtyard, and the execution was shown on closed-circuit television, according to a new book on Chinese espionage.

Many in the C.I.A. feared China had a mole in the agency, and some officers suspected Mr. Lee, though prosecutors did not tie him to the network’s collapse.