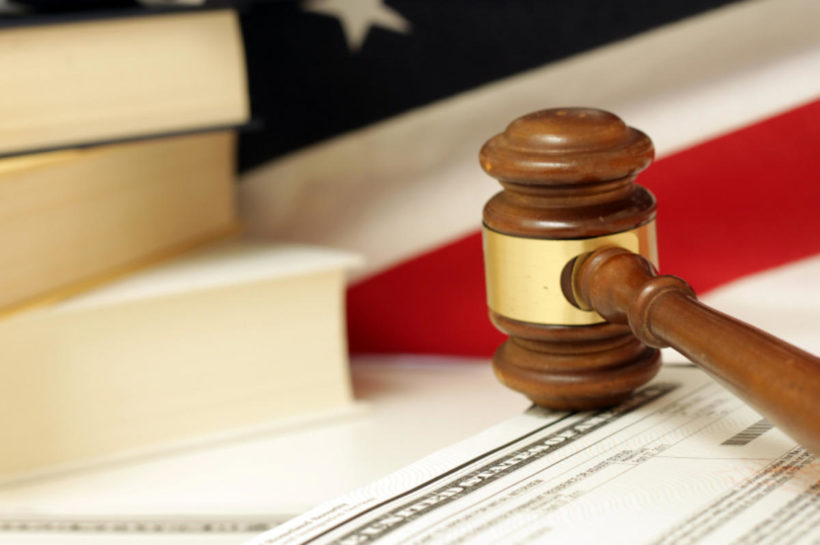 (Compiled from reports at The Epoch Times and Reuters) WASHINGTON – President Donald Trump said on Wednesday the U.S. Constitution does not guarantee the right to citizenship to everyone born in the country, including those born to parents who are in the country illegally, an assertion that runs counter to the long-established legal interpretation of the document.

“So-called Birthright Citizenship, which costs our Country billions of dollars and is very unfair to our citizens, will be ended one way or the other. It is not covered by the 14th Amendment because of the words ‘subject to the jurisdiction thereof.’ Many legal scholars agree…..” Trump wrote in a Twitter post six days before U.S. congressional elections.

The Constitution’s 14th Amendment, added after the Civil War, grants citizenship to anyone born on American soil and was intended to give constitutional protections to former slaves. But some Republicans, including Trump, say it creates an incentive for people to enter the country illegally to have children. [Some Democrats once agreed. From the previous tweet, the president also added:]

“It is not covered by the 14th Amendment because of the words ‘subject to the jurisdiction thereof.’ Many legal scholars agree. Harry Reid was right in 1993, before he and the Democrats went insane and started with the Open Borders (which brings massive Crime) ‘stuff.’ … This case will be settled by the United States Supreme Court!” he added.

The president also said that the issue could be clarified by the Supreme Court. Researchers from the Congressional Research Service agreed, writing (pdf):“The courts apparently have never ruled on the specific issues of whether the native-born child of unauthorized aliens, as opposed to the child of lawfully present aliens, may be a U.S. citizen or whether the native-born child of nonimmigrant aliens, as opposed to legal resident aliens, may be a U.S. citizen.” (Note: The Congressional Research Service works exclusively for the United States Congress, providing policy and legal analysis to committees and Members.)

…White House Press Secretary Sarah Sanders said in an interview with Fox News on Wednesday there was “more than just one piece of the puzzle” on immigration.

“The president wants to see a total reform take place. We have massive loopholes in our immigration system that we have to close or we’re just going to continue kicking the can down the road,” she added.

Trump first raised the issue of scrapping birthright citizenship on Tuesday. The proposal gained support from Republican Senator Lindsey Graham (R-S.C.), who responded to the announcement, saying he plans to take action in the Senate.

“I plan to introduce legislation along the same lines as the proposed executive order from President Donald Trump,” Graham said on Twitter.

Birthright citizenship for every child born to illegal immigrants is currently granted, through an interpretation of the 14th Amendment of the U.S. Constitution, which states: “All persons born or naturalized in the United States, and subject to the jurisdiction thereof, are citizens of the United States and of the State wherein they reside.”

Legal scholars are divided on whether the amendment can be interpreted differently, but Graham has said for years that it can be, including in a 2010 interview.

“The 14th Amendment was passed in 1866 to prevent states from disenfranchising the freed slaves. The amendment says if you’re a naturally born person under the jurisdiction of laws of the United States, you’re automatically a citizen. That protected the freed slaves,” Graham said.

“Fast forward 160 years, we’ve got people selling trips across the border, they’ll sneak you into America, go into an American hospital, so you can have your baby here and that baby becomes an American citizen. That incentivizes illegal immigration.”

But other party members were critical, including House of Representatives Speaker Paul Ryan, a critic of President Trump, who said the president could not end the right with the stroke of a pen.

President Trump – who has made [his stand] against illegal immigrants and policies to curb both illegal and legal immigration key themes of his presidency – has raised it in rallies ahead of the Nov. 6 election, in which Republicans are trying to maintain control of Congress in the face of challenges by Democrats.

Another possible solution could come from the Senate and Congress either in the form of a statutory amendment, which would further define language in the 14th Amendment to rule out birthright citizenship to non-residents, or a Constitutional amendment, which would require the ratification from three-quarters of the states in addition to two-thirds of Congress and the Senate.

Compiled from reports at The Epoch Times by Charlotte Cuthbertson and Zachary Stieber and from Reuters by Lisa Lambert and Doina Chiacu. Reprinted here for educational purposes only. May not be reproduced on other websites without permission.

1. What is birthright citizenship?

2. What was the purpose for the 14th Amendment?

3. How did the Congressional Research Service explain the reason for why the U.S. Supreme Court could take up the issue?

4. What did White House Press Secretary Sarah Sanders say about the President’s immigration policy including ending birthright citizenship for the children of (illegal/undocumented/unauthorized) immigrants?

5. Read today’s commentary “Where does the concept of birthright citizenship come from?” and answer the questions.