Trump administration announces sweeping change to US policy for Africa 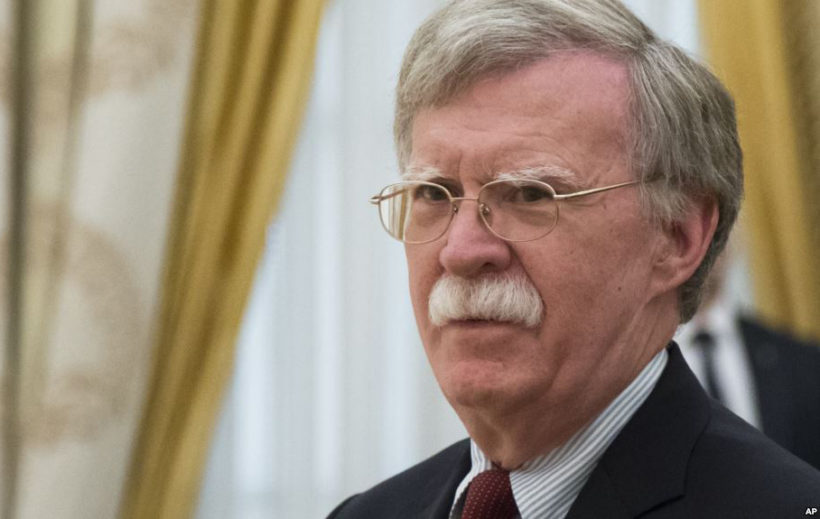 “Under our new approach, every decision we make, every policy we pursue, and every dollar of aid we spend will further U.S. priorities in the region,” said Bolton, speaking in Washington. “Our first priority, enhancing U.S. economic ties with the region, is not only essential to improving opportunities for American workers and businesses. It is also vital to safeguarding the economic independence of African states and protecting U.S. national security interests.”

The policy shift is also meant to counter on the continent the rapidly expanding financial and political influence of China and Russia.

“They are deliberately and aggressively targeting their investments in the region to gain a competitive advantage over the United States,” Bolton said at the Heritage Foundation, a conservative think tank. “We want our economic partners in the region to thrive, prosper and control their own destinies. In America’s economic dealings, we ask only for reciprocity, never for subservience.”

Bolton said China is using big loans and opaque agreements to make Africa “captive to Beijing’s wishes and demands,” [pointing out] projects in Zambia and Djibouti where he said Chinese enterprises are set to take over a state power company and a key port, respectively. …

Russia in Africa, according to Bolton, “advances its political and economic relationships with little regard for the rule of law or accountable and transparent governance.” …

The immediate reaction overall to Bolton’s speech from African officials appeared to be cautious optimism.

“We are happy to understand that finally America has a strategy that is purposeful towards Africa,” David Gacheru, the deputy chief of mission at Kenya’s embassy in Washington, told VOA, adding the Trump administration is potentially filling a void that has existed for many years.

The United States has provided more than $8 billion in aid to Africa in each of the past two fiscal years and a review of all aid is being finalized, according to Bolton.

The many more billions of U.S. tax dollars spent there over recent decades, Bolton said, have failed to stop terrorism, radicalism and violence, nor have they prevented other powers from increasing their own power and influence.

“And, they have not led to stable and transparent governance, economic viability and increasing development across the region,” said Bolton. Administration officials are not saying whether total aid to Africa will be cut and how involved Trump will be in making decisions as to how much each country will get and for what projects as the president touts a transactional approach to foreign assistance.

When the president’s budget “comes out, that’s when you will see the outcome,” Bolton said in response to a question from VOA.

In his speech, Bolton said Washington will [provide aid “efficiently and effectively.” He said the administration intends to ensure that US taxpayer dollars aren’t used to bolster corrupt leaders and violators of human rights, and will seek to reconfigure or end support for “unproductive, unsuccessful, and unaccountable” peacekeeping operations currently in place in the continent.

“Americans are a generous people, but we insist that our money is put to good use,” Bolton said.]

He said the U.S. will no longer fund “corrupt autocrats who used the money to fill their coffers at the expense of their people, to commit gross human rights violations.”

One likely target for significant cuts in U.S. assistance is South Sudan, where a civil war is entering its sixth year.

“We will not provide loans or more American resources to a South Sudanese government led by the same morally bankrupt leaders,” vowed Bolton. …

Patsy Widakuswara contributed to this report. Published at VOANews .com on Dec. 13. Reprinted here for educational purposes only. May not be reproduced on other websites without permission from VOANews.

2. What is the Trump administration’s new strategy on relations with the African continent, according to Mr. Bolton?

3. a) What is the aim of the policy shift on Africa?
b) What did Mr. Bolton accuse Russia and China of doing? Be specific.

4. How are African officials reacting to the Trump administration’s policy shift on Africa?

5. a) How much aid has the U.S. given to Africa in the past two years?
b) What did Mr. Bolton point out about this, and the many more billions of U.S. tax dollars given to African countries in previous years?

Read the “Remarks by John Bolton on the the Trump Administration’s New Africa Strategy” at whitehouse.gov.