Top US intelligence official: Snowden should not be pardoned 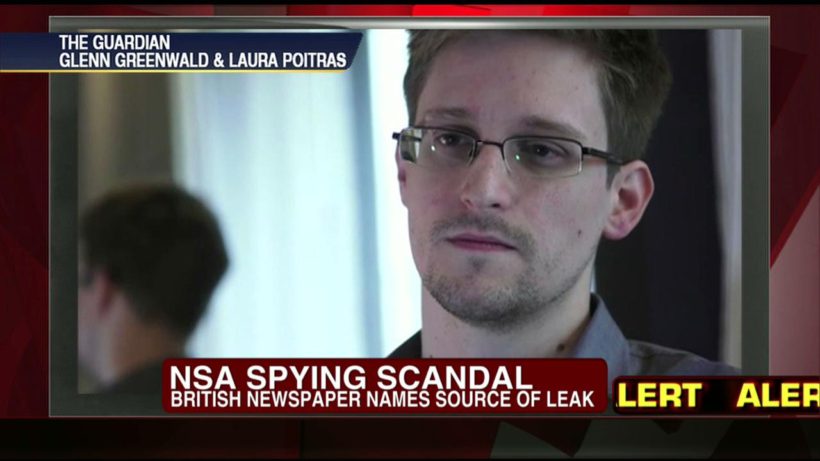 (Associated Press) WASHINGTON — The nation’s top intelligence official said Tuesday that he could never agree with a decision to pardon Edward Snowden.

Snowden was an National Security Agency contract employee when he took more than a million [classified national defense] documents and leaked them to journalists who revealed massive domestic surveillance programs begun in the aftermath of the 9/11 attacks. The programs collected the telephone metadata records of millions of Americans and examined emails from overseas.

“I could understand what he did, if … what he exposed was limited to domestic surveillance. … But he exposed so much else that had absolutely nothing to do with domestic surveillance, where he has damaged our capability against foreign threats. He has taken away capabilities that were used to protect our troops in Afghanistan,” Director of National Intelligence James Clapper said. “I don’t think I could concur in offering him a pardon.”

Snowden’s revelations about the agency’s bulk collection of millions of Americans’ phone records set off a fierce debate that pitted civil libertarians concerned about privacy against…lawmakers [concerned] about losing tools to combat terrorism. Democrats and libertarian-leaning Republicans pushed through a reauthorization of the USA Patriot Act last year that ended the program.

Asked if Snowden could get a negotiated plea agreement in exchange for information, for example, that he might have gleaned from Russian contacts, Clapper simply replied, “No.”

“The more time that goes on, there is actually, in my mind, less and less incentive for any kind of negotiated” plea agreement, Clapper said. “At least as far as the intelligence community is concerned, we’re not in that camp.”

[Clapper’s remarks coincide with the release of Oliver Stone’s movie “Snowden” which portrays him as a hero and a campaign by U.S. civil liberties groups demanding that President Barack Obama pardon Snowden before he vacates office.

“We can certainly argue about the way in which Snowden did what he did, but I think that he actually performed a public service by raising the debate that we engaged in and by the changes that we made,” Holder said.]

2. Why is Snowden currently living in Russia?

3. a) What is James Clapper’s role?
b) For what reasons is Mr. Clapper opposed to a pardon for Edward Snowden?

5. Consider the reasons for and against pardoning Snowden vs. trying him for breaking the law (stealing government secrets).

What do you think: should Snowden be pardoned as a hero whistleblower, or charged with espionage and/or tried for treason against the U.S.? Explain your answer.

6. In July 2015, The White House responded to a petition calling for President Obama to pardon Edward Snowden. Lisa Monaco, the president’s advisor on homeland security and counterterrorism, wrote the official response, which was posted to the White House’s We the People website.

“If [Snowden] felt his actions were consistent with civil disobedience, then he should do what those who have taken issue with their own government do: Challenge it, speak out, engage in a constructive act of protest, and — importantly — accept the consequences of his actions,” Monaco writes. “He should come home to the United States, and be judged by a jury of his peers — not hide behind the cover of an authoritarian regime. Right now, he’s running away from the consequences of his actions.”

Do you agree with this response? Explain your answer.

OPTIONAL: What does the U.S. Constitution say about treason/traitors?

from a Sept. 19 Chicago Tribune editorial:
Over the weekend, the new Oliver Stone movie on National Security Agency leaker…Edward Snowden [opened in theaters].

At the same time, the American Civil Liberties Union, Amnesty International and Human Rights Watch have launched what they bill as a major effort to persuade President Barack Obama to pardon Snowden. The Snowdenites hope that the fawning movie will spare their hero from espionage charges. …

Snowden has suggested that he would like to return to the United States if his lawyers could negotiate a plea deal. Presumably Snowden has grown weary of Russian President Vladimir Putin’s hospitality and, we’re guessing, the intense scrutiny under which he undoubtedly finds himself.

Snowden says he would consider serving a prison term as part of a plea bargain arranged before he leaves his Russian sanctuary, The New York Times reports. How magnanimous.

… Snowden should return to the U.S. and face whatever charges the Department of Justice levies. If his lawyers think they can limit those charges in return for his surrender, they’re welcome to try. It’s a free country. (The U.S., that is.)

Snowden’s actions caused immense damage to America’s national security interests. A day before the movie’s release, a House Intelligence Committee report debunked the myth of Snowden The Noble Whistleblower who did more good than harm.

“Snowden’s actions did severe damage to U.S. national security, compromising the Intelligence Community’s anti-terror efforts and endangering the security of the American people as well as active-duty U.S. troops,” the committee said.

American intelligence officials still don’t know the full extent of the harm, the report says. Some of the damage may not be known for years. The government has, however, spent hundreds of millions of dollars — and eventually will spend billions — to clean up the mess and “mitigate the damage” Snowden caused.

The 22 House committee members sent a unanimous, bipartisan letter to Obama urging him not to pardon Snowden. …Democrats and Republicans agreed.

“Edward Snowden is no hero — he’s a traitor who willfully betrayed his colleagues and his country,” Rep. Devin Nunes, R-Calif., the committee chairman, said in a statement.

Snowden’s argument that he acted to defend Americans’ privacy were “self-serving and false,” said Rep. Adam Schiff, D-Calif., ranking member of the committee. “While those disclosures did spark a useful public debate, the collateral damage has been extraordinary.”

Three years ago, a self-satisfied Snowden declared victory. “For me, in terms of personal satisfaction, the mission’s already accomplished,” he told The Washington Post. “I already won.”

That victory may not be so sweet any more. Not when the reward is a permanent address under Putin’s thumb.

Snowden stole and released thousands of pages of documents that endangered — likely still endanger — U.S. lives. He exposed secrets whose impact he could not possibly comprehend. That’s what he calls winning.

To us, that doesn’t sound like a whistleblower who should be celebrated. That sounds like someone who should be in a U.S. prison. Come home, Ed. Make your case.

The upcoming Hollywood movie about Edward Snowden—criminally charged by the U.S. government under the Espionage Act—portrays the National Security Agency (NSA) subcontractor who leaked top secret information as a courageous patriot. Nothing surprising there considering the film’s Academy award-winning director, Oliver Stone, referred to Snowden as a “hero” back in 2013 when he fled to Moscow to avoid prosecution.

“Snowden has done incalculable damage to the NSA and, in the process, to American national security,” according to University of Virginia Law School Professor Robert F. Turner, who specializes in national security issues and served as Counsel to the President’s Intelligence Oversight Board at the White House.