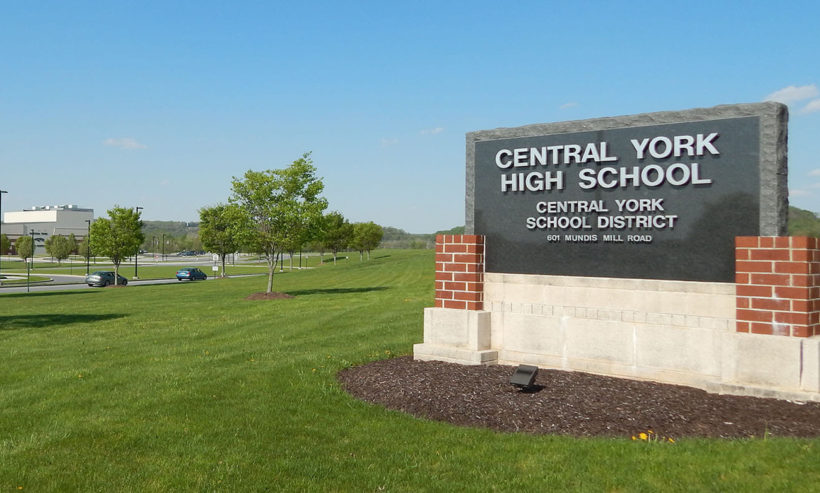 (by the National Constitution Center, published at YahooNews) – A recent federal court ruling about a public-school student punished for a Facebook post about a bomb threat may have some bigger First Amendment implications, says a judge who wrote the decision.

In the case of R.L. v. Central York School District, Judge John Jones III said last week that the York School District’s punishment of the student with a 23-day suspension didn’t violate his First Amendment rights, as his parents claimed. But Jones, echoing some other federal court judges, believed broader issues involved with this case and similar cases needed definition from federal appeals courts and the Supreme Court.

Jones issued his ruling on May 3 for the federal court in the Middle District of Pennsylvania.

“How school administrators must balance students’ First Amendment rights with their duty to protect and foster a safe learning environment is a tension of principles the circuit courts, as well as the Supreme Court, are actively negotiating and developing,” Jones wrote.

In one example, where R.L.’s parents argued that the school’s handbook overstated its ability to regulate student speech under the Supreme Court’s Tinker decision, Jones sided with the parents, but he also said schools needed input from the higher courts on their off-campus speech policies.

“We must observe that schools need clear guidance from the Third Circuit or the Supreme Court as to whether and when they can regulate off-campus speech. Once a clearer rule is pronounced, schools would be well advised to revise their disciplinary policies to clearly outline when off-campus student speech or conduct can be regulated by the school,” Jones wrote.

In this specific case, a bomb-threat letter was discovered at the school in October 2013. School was later dismissed, and while at home, the student made the Facebook post which he later said as intended as a joke, which read, “Plot twist, bomb isn’t found and goes off tomorrow.”

The student later returned to school to get his belongings, which included a mobile device he used to delete the Facebook post. By that time, local police had noticed the post and consulted with the school. School officials then spoke with the student and his father at a football game that night, and told the student he faced a suspension. A disciplinary board later set the suspension at 23 days, and the parents sued on behalf on their son.

The parents claimed their son had his First and 14th Amendment rights violated, since there wasn’t a higher court precedent that allowed schools to punish students for off-campus speech that didn’t cause a substantial disruption at school.

The 1969 Supreme Court decision in Tinker v. Des Moines held that schools could restrict student speech when it threatens a substantial disruption to the school environment or invades the rights of others.

Judge Jones said the location where the student made the Facebook post didn’t matter in this specific case. “Schools should be able to discipline students on account of off-campus speech they reasonably believe could cause disruption in the form of danger or violence, or fear of danger or violence, in schools. Such a rule would also account for the modern reality of the Internet and social media networks on which students actively engage, whether they are on campus or off-campus,” he added. …

1. How did U.S. District Judge John Jones rule in the case of R.L. versus Central York School District?

2. What broader issues did the judge say need clarification from a federal appeals court and the U.S. Supreme Court?

3. What had the student done that led the school to suspend him for 23 days?

4. On what grounds did the parents sue the school district?

5. Describe the Supreme Court case on which the judge based his ruling.

6. How did Judge Jones explain his decision that the fact that the student was off-campus didn’t matter?

7. a) Regarding the claims of rights violations, Judge Jones wrote:

“While we respect deeply that R.L.’s parents feel the need to vindicate him, we fundamentally disagree with their conclusion that his punishment is violative of the First Amendment. We decline the Lordans’ invitation to extend the law to what we believe is an untenable extreme. The school administrators involved in this case, if they erred at all, did so in the interest of safety and caution. Their apprehensions about potential disruption were manifestly logical. We will not deprive them of the ability to mete out appropriate sanctions via a nonsensical interpretation of precedent that tortures both law and logic.”

Do you agree with the school’s decision to suspend the student in this case? Considering what he actually wrote in his Facebook post, should the school have given him a warning and not a suspension? or Should the punishment have been stronger? What factors do you think the disciplinary board considered (or should have considered) when they gave him a 23 day suspension? Explain your answer.

More from the Constitution Center’s report:

Concerns about a lack of Supreme Court guidance about off-campus student speech were part of a different case that the high court declined to hear in February.

In Bell v. Itawamba County School Board, lower federal courts disagreed about the bounds of student free speech conducted on social media off-campus. At issue was a Mississippi public high school student who posted rap songs and lyrics on Facebook and YouTube that criticized several teachers after other students accused them of sexual harassment. The songs and lyrics were composed off-campus.

The school district saw the songs and lyrics as threatening to the teachers, and Bell was suspended and transferred to a different school.

The U.S. Fifth Circuit Court of Appeals, with three judges hearing arguments, ruled 2-1 against the school district  on the First Amendment claim. “Contrary to the district court’s conclusion, the Supreme Court in Tinker did not hold that the substantial-disruption test applies to off-campus speech,” wrote Judge James L. Dennis. “The Tinker Court did not intend that its holding would allow a public school to regulate a student’s freedom of speech at home and off campus.”

The case was then heard by the full Fifth Circuit Court of Appeals, which reversed the three-judge panel’s ruling, saying that “the almost 50-year-old standard for restricting student speech, [was] based on a reasonable forecast of a substantial disruption” and the school board acted within that standard.

Judge Gregg Costa, who had concurred with the majority in the Bell case, voiced concerns also made by a judge on the other side of the decision. “Broader questions raised by off-campus speech will be left for another day. That day is coming soon, however, and this court or the higher one will need to provide clear guidance for students, teachers, and school administrators that balances students’ First Amendment rights that Tinker rightly recognized with the vital need to foster a school environment conducive to learning,” Costa said. The Supreme Court declined to take the Bell case on February 29, 2016.

View a map of the Federal Court System. (and scroll down for a list of the courts’ websites)