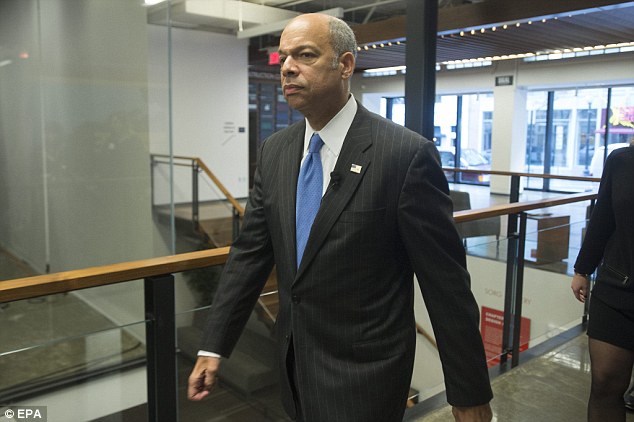 (by Brian Ross, Rhonda Schwartz, James Gordon Meek and Josh Margolin, ABC News) – The State Department said on Monday that “obviously things went wrong” in the visa background check for one of the San Bernardino shooters — comments that came in the wake of an ABC News report that said officials by policy generally do not check social media postings of applicants due to civil liberties concerns and therefore would not have seen purported evidence of Islamic terrorist Tashfeen Malik’s radicalization online.

“It’s difficult to say exactly what [went wrong] and how, but for an individual to be able to come into this country – one who the FBI has maintained had terrorist tendencies or affiliations or sympathies at least for a couple years, and then to propagate an attack like that on our own soil, obviously, I think it’s safe to say there’s going to be lessons learned here,” State Department spokesperson John Kirby told reporters.

Fearing a civil liberties backlash and “bad public relations” for the Obama administration, Homeland Security Secretary Jeh Johnson refused in early 2014 to end the secret U.S. policy that prohibited immigration officials from reviewing the social media messages of all foreign citizens applying for U.S. visas, according to a former senior department official.

“During that time period immigration officials were not allowed to use or review social media as part of the screening process,” John Cohen, a former acting under-secretary at DHS for intelligence and analysis. Cohen is now a national security consultant for ABC News.

One current and one former senior counter-terrorism official confirmed Cohen’s account about the refusal of DHS to change its policy about the public social media posts of all foreign applicants.

A spokesperson for the DHS, Marsha Catron, told ABC News that months after Cohen left, in the fall of 2014, the Department began three pilot programs to include social media in vetting*, but current officials say that it is still not a widespread policy. A review of the broader policy is already underway, the DHS said. [*Vetting is the process of performing a background check on someone before offering them employment, giving them a visa, etc. ]

The revelation comes as members of Congress question why U.S. officials failed to review the social media posts of San Bernardino terrorist Tashfeen Malik. She received a U.S. visa in May 2014, despite what the FBI said were extensive social media messages about jihad and martyrdom.

Sen. Charles Schumer, D-N.Y., demanded Sunday that the U.S. “immediately initiate a program that would check the social media sites of those admitted on visas.”

“Had they checked out Tashfeen Malik,” the senator said, “maybe those people in San Bernardino would be alive.”

Former DHS under-secretary Cohen said he and others pressed hard for just such a policy change in 2014 that would allow a review of publicly-posted social media messages as terror group followers increasingly used Twitter and Facebook to show their allegiance to a variety of jihadist groups.

Cohen said officials from United States Citizenship and Immigration Services (USCIS) and U.S. Immigration and Customs Enforcement (ICE) both pressed for a change in policy.

“Immigration, security, law enforcement officials recognized at the time that it was important to more extensively review public social media postings because they offered potential insights into whether somebody was an extremist or potentially connected to a terrorist organization or a supporter of the movement,” said Cohen, who left DHS in June 2014.

Cohen said the issue reached a head at a heated 2014 meeting chaired by Homeland Security Deputy Secretary Alejandro Mayorkas, other top deputies and representatives of the DHS Office of Civil Liberties and the Office of Privacy.

“The primary concern was that it would be viewed negatively if it was disclosed publicly and there were concerns that it would be embarrassing,” Cohen said in an interview broadcast on “Good Morning America” today. …

A former senior counter-terrorism official, who participated in the 2014 discussion, said, “Why the State Department and Homeland Security Department have not leveraged the power of social media is beyond me.”

“They felt looking at public postings [of foreign U.S. visa applicants] was an invasion of their privacy,” the official told ABC News. “The arguments being made were, and are still, in bad faith.”

“It was primarily a question of optics*,” said Cohen. “There were concerns from a privacy and civil liberties perspective that while this was not illegal, that it would be viewed negatively if it was disclosed publicly.” [optics: the way in which an event or course of action is perceived by the public] …

DHS’s Catron told ABC News the Department is “actively considering additional ways to incorporate the use of social media review in its various vetting programs,” while keeping an eye on privacy concerns.

“The Department will continue to ensure that any use of social media in its vetting program is consistent with current law and appropriately takes into account civil rights and civil liberties and privacy protections,” Catron said.

State Department records show that in 2014 the U.S. government issued nearly 10 million nonimmigrant visas, over 40,000 of which were K-1 fiancé visas like the one Malik used to enter the country.

3. Who exposed the the fact that “…immigration officials were not allowed to use or review social media as part of the screening process”?

4. a) Define confirm.
b) Who confirmed Mr. Cohen’s account about the refusal of DHS to change its policy about the public social media posts of all foreign applicants?

5. How did the Department of Homeland Security respond to this accusation?

6. a) After the San Bernadino attack, why do you think Congress questioned U.S. officials’ failure to review Tashfeen Malik’s social media posts when processing her visa application?
b) What did Democratic Senator Chuck Schumer say about the situation?

7. a) What did Mr. Cohen say he and other immigration officials tried to do about the Homeland Security secret policy?
b) Why does Mr. Cohen say DHS refused to do so?
c) What did another senior counter-terrorism official say about the social media issue? (see. para. 15-16)

8. From para. 19-20: DHS’s Catron told ABC News the Department is “actively considering additional ways to incorporate the use of social media review in its various vetting programs,” while keeping an eye on privacy concerns. “The Department will continue to ensure that any use of social media in its vetting program is consistent with current law and appropriately takes into account civil rights and civil liberties and privacy protections,” Catron said.

Civil liberties are defined as:
-rights or freedoms given to the people by the First Amendment to the Constitution by common law, or legislation, allowing the individual to be free to speak, think, assemble, organize, worship, or petition without government (or even private) interference or restraints. (from the Legal Dictionary)
-freedom from arbitrary governmental interference (as with the right of free speech) specifically by denial of governmental power and in the United States especially as guaranteed by the Bill of Rights (from Merriam-Webster Dictionary)

a) Do you think non-citizens applying for visas are entitled to the same civil liberties citizens and residents of the U.S. have under our laws and Constitution? Explain your answer.
b) What do you think of the fact that Homeland Security had this secret policy? (agree/disagree) Explain your answer.
c) How would you describe Homeland Security’s refusal to read applicants’ social media posts as part of the vetting process?
d) Ask a parent the same questions.

DEPARTMENT OF HOMELAND SECURITY: (from wikipedia.org)