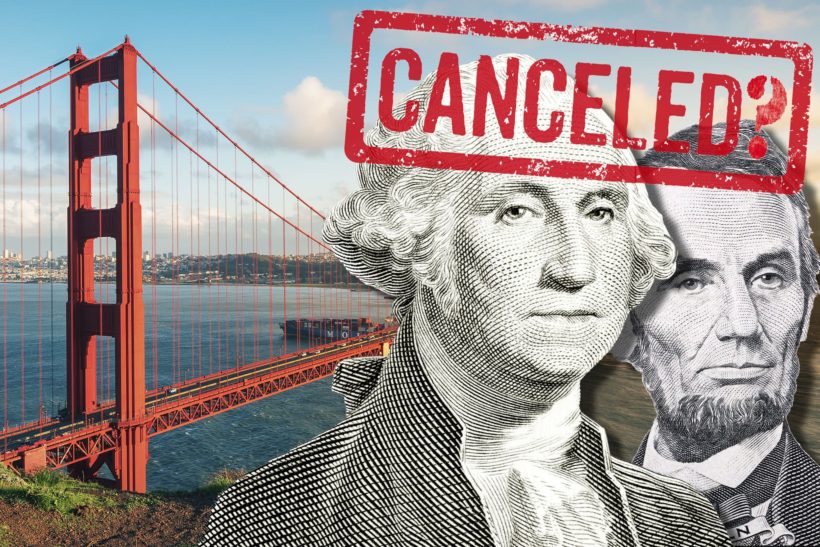 More than [15,555] people [as of Sunday night] have signed an online petition slamming the school board’s controversial vote to scrap the names of former US presidents and war heroes with ties to racism or oppression.

The goal is to drum up enough public criticism to convince board members not to strip away the names during an April 19 meeting —  where they plan to decide how specifically to rename the schools, said Lope Yap Jr, vice president of San Francisco’s George Washington high school alumni association.

“Public pressure could influence their process,” Yap said. “If they get enough backlash they might reconsider.”

Along with the petition, hundreds of school alumni have written letters to the school board bashing the choice to yank down the names of figures ranging from Revolutionary War hero Paul Revere to US Sen. Dianne Feinstein (D-Calif.).

“We feel that whether socialist, conservative or independent, if you honor truth in history, politics needs to be put to the side,” Yap said. “We don’t want to erase things.”

He also bashed the school board’s claim that Lincoln was discriminatory and damaging to Native Americans.

“His accomplishments overwhelm any dark history,” he said. “They forget that abolitionists praised Abraham Lincoln.”

Others lambasted the board for everything from promoting “cancel culture” to frivolous spending —  citing the more than $400,000 it will cost to replace signage, sports uniforms and gym floors in schools.

But Yap said he’s aware of no current plans to take legal action against the school board to reverse the measure. “If there is going to be a lawsuit it’s not gonna happen before [April] 19th,” he said.

3. What have hundreds of school alumni done in addition to signing the petition?

4. How much will the name changes cost the school district?

5. Cancel culture definition from wikipedia:
Cancel culture is a modern form of ostracism in which someone is thrust out of social or professional circles – either online on social media, in the real world, or both. Those who are subject to this ostracism are said to be “canceled.” Merriam-Webster notes that to cancel, as used in this context, means “to stop giving support to that person” while Dictionary .com, in its pop-culture dictionary, defines cancel culture as “withdrawing support for (canceling) public figures and companies after they have done or said something considered objectionable or offensive.” The expression “cancel culture” has mostly negative connotations and is commonly used in debates on free speech and censorship.
For those at the receiving end of cancel culture, the consequence can lead to loss of reputation and income that can be hard to recover from.
a) What is your opinion of cancel culture?
b) Ask a parent (and if possible a grandparent) the same question.

6. a) Read the “Background” under the questions. Do you support or oppose the San Francisco school board’s decision to un-name (the Board of Ed has not chosen new names for the schools but has only decided to remove the “offensive” names)? Explain your answer.
b) Ask a parent (and if possible a grandparent) the same question.

The city voted on January 27 to rename 44 schools honoring the trio and other “racist” historical figures — drawing a raft of criticism over the latest dose of cancel culture.

In a controversial move, the city’s board of education voted 6-1 Monday to scrap the namesakes.

Replacing signage, sports uniforms and gym floors in schools is expected to cost more than $400,000 — and has drawn a mountain of criticism.

Others, including the mayor, have argued the school board should instead be focused on reopening during the coronavirus pandemic…

“It’s offensive to parents who are juggling their children’s daily at-home learning schedules with doing their own jobs and maintaining their sanity,” Mayor London Breed said in October. “It’s offensive to our kids who are staring at screens day after day instead of learning and growing with their classmates and friends.”

From a San Francisco Chronicle report by Joshua Bote on Jan. 27:

Mayor London Breed said in a statement [on Jan. 27]: “This is an important conversation to have, and one that we should involve our communities, our families, and our students. What I cannot understand is why the School Board is advancing a plan to have all these schools renamed by April, when there isn’t a plan to have our kids back in the classroom by then.”

“Let’s bring the same urgency and focus on getting our kids back in the classroom, and then we can have that longer conversation about the future of school names,” her statement goes on to read.

But others, such as [a] parent of a student at Lowell High — another school set to be renamed — were concerned that the renaming deflects on the broader, more crucial issue of schools reopening.

“Is this meant to distract parents so we don’t ask what the school reopening plan is? Do they have one?  Why isn’t that the first item on their agenda?”

“It’s deeply disappointing,” said Seeyew Mo, the executive director of Families for San Francisco, a parent advocacy group, “that the School Board paid zero attention to community input, even to the point of ignoring factual corrections.” The group published a report earlier this month, calling the work done by the renaming committee “deeply flawed.”