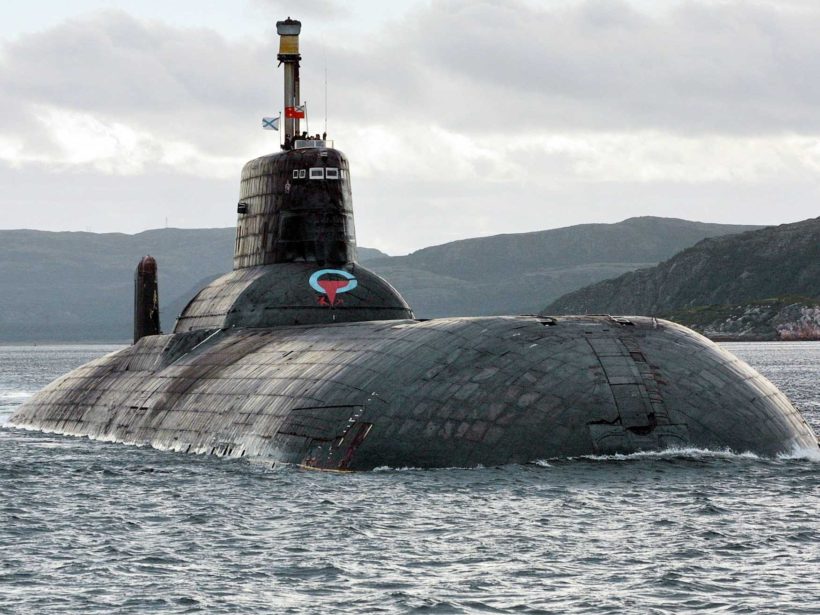 (from The New York Times and London’s Daily Mirror) – Russian submarines and spy ships are aggressively operating near the vital undersea cables that carry almost all global Internet communications, raising concerns among some American military and intelligence officials that the Russians might be planning to attack those lines in times of tension or conflict.

A Russian [attack] could involve severing the fiber-optic cables at some of their hardest-to-access locations to halt the instant communications on which the West’s governments, economies and citizens have grown dependent.

While there is no evidence yet of any cable cutting, the concern is part of a growing wariness among senior American and allied military and intelligence officials over the accelerated activity by Russian armed forces around the globe.

Just last month, the Russian spy ship Yantar, equipped with two self-propelled deep-sea submersible craft, cruised slowly off the East Coast of the United States on its way to Cuba – where one major cable lands near the American naval station at Guantánamo Bay.

It was monitored constantly by American spy satellites, ships and planes. Navy officials said the Yantar and the submersible vehicles it can drop off its decks have the capability to cut cables miles down in the sea.

It is feared that Moscow is laying the groundwork for a devastating attack which could put a massive dent in the economies of its enemies.

Senior intelligence officials told The New York Times that Russian submarines appear to be carrying out reconnaissance around undersea cables near Cuba.

Defense chiefs are worried that Putin could bring down his enemy’s internet connection in the event of war.

A top-raking European diplomat told the newspaper: “The level of activity is comparable to what we saw in the Cold War.”

Undersea cables are the nerves of the global economy and carry about 95% of all global communications, which is worth a total of $10 trillion a day.

If they were severed, it could potentially cause stock markets to crash and food deliveries to fail.

Russia is becoming an increasingly assertive player on the global stage and appears to be beefing up its military arsenal.

“The risk is that any country could cause damage to the system and do it in a way that is completely covert, without having a warship with a cable-cutting equipment right in the area,” said Michael Sechrist, a former project manager for a Harvard-M.I.T. research project funded in part by the Defense Department.

“Cables get cut all the time – by anchors that are dragged, by natural disasters,” said Mr. Sechrist, who published a study in 2012 of the vulnerabilities of the undersea cable network. But most of those cuts take place within a few miles from shore, and can be repaired in a matter of days.

What worries Pentagon planners most is that the Russians appear to be looking for vulnerabilities at much greater depths, where the cables are hard to monitor and breaks are hard to find and repair.

Mr. Sechrist noted that the locations of the cables are hardly secret. “Undersea cables tend to follow the similar path since they were laid in the 1860s,” he said, because the operators of the cables want to put them in familiar environments under longstanding agreements. The exceptions are special cables, with secret locations, that have been commissioned by the United States for military operations; they do not show up on widely available maps, and it is possible the Russians are hunting for those, officials said.

The role of the cables is more important than ever before. They carry global business worth more than $10 trillion a day, including from financial institutions that settle transactions on them every second. Any significant disruption would cut the flow of capital. The cables also carry more than 95 percent of daily communications.

So important are undersea cables that the Department of Homeland Security lists their landing areas – mostly around New York, Miami and Los Angeles – at the top of its list of “critical infrastructure.”

Compiled from news articles at London’s Daily Mirror and The New York Times. Reprinted here for educational purposes only. May not be reproduced on other websites without permission.

NOTE TO STUDENTS: Before answering the questions, read the “Background” and watch the video under “Resources”.

2. Why are U.S. officials concerned about Russia’s activities now? (What recent indications do they have that Russia could be planning an attack on undersea cables?)

3. What potential effect would a Russian attack on cables have on the U.S.?

4. Cables get cut all the time. Why is an attack by Russia of such concern?

5. a) Re-read paragraph 8. The Russian attack would affect private companies and citizens’ communications. How are U.S. military cables protected?
b) What do officials say Russia might be trying to do about those cables?

6. How do you know the U.S. government views as vital the undersea cables used for global internet communications?

7. a) The presidential primary season is in full swing. What personal qualities and foreign/military policies do you think our next president should have to protect the U.S. from such threats?
b) Ask a parent or grandparent the same question. Discuss your answers.

Attention to underwater cables is not new. In October 1971, the American submarine Halibut entered the Sea of Okhotsk north of Japan, found a telecommunications cable used by Soviet nuclear forces, and succeeded in tapping its secrets. The mission, code-named Ivy Bells, was so secret that a vast majority of the submarine’s sailors had no idea what they had accomplished. The success led to a concealed world of cable tapping.

And a decade ago, the United States Navy launched the submarine Jimmy Carter, which intelligence analysts say is able to tap undersea cables and eavesdrop on communications flowing through them.

Submarines are not the only vessels that are snooping on the undersea cables. American officials closely monitor Russia’s Yantar, which Russian officials insist is an oceanographic ship with no ties to espionage.

“The Yantar is equipped with a unique onboard scientific research complex which enables it to collect data on the ocean environment, both in motion and on hold. There are no similar complexes anywhere,” said Alexei Burilichev, the head of the deepwater research department at the Russian Defense Ministry, according to Sputnik News in May 2015. (from nytimes.com)