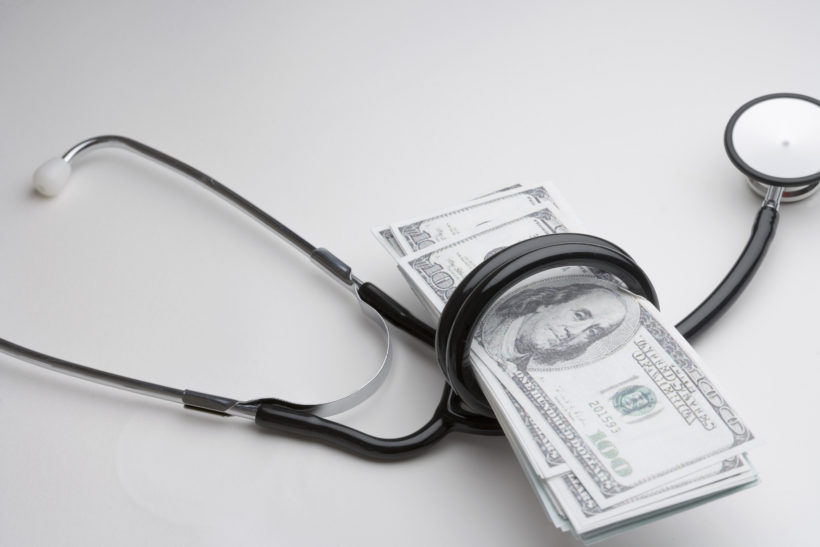 (by Louise Radnofsky, Paul Overberg and Stephanie Armour, The Wall Street Journal) — Many people signing up for 2016 health insurance policies under the Affordable Care Act (also known as ObamaCare) face higher premiums, fewer doctors and skimpier coverage, which threatens the appeal of the program for the healthy customers it needs.

Insurers have raised premiums steeply for the most popular plans at the same time they have boosted out-of-pocket costs such as deductibles, copays and coinsurance in many of their offerings. The companies attribute the moves in part to the high cost of some customers they are gaining under the law, which doesn’t allow them to bar clients with existing health conditions.

The result is that many people can’t avoid paying more for insurance in 2016 simply by shopping around—and those who try risk landing in a plan with fewer doctors and skimpier coverage.

[The steep price increases] threaten to undercut ObamaCare’s popularity with the customers it relies on the most: relatively healthy people. Their participation is vital to offset the costs of sicker people who can buy coverage at equal prices for the first time under the law; if the healthier ones pull out, that would put additional upward pressure on premium prices.

Premiums for individual plans offered by [insurance companies] are rising almost everywhere for 2016, typically by double-digit percentage increases, according to a Wall Street Journal analysis of plan data in 34 states where the HealthCare.gov site sells insurance.

More than half of the midrange “silver” plans are boosting the out-of-pocket costs enrollees must pay, while more than 80% of the less-expensive “bronze” plans are doing so.

The Obama administration has acknowledged that premiums are going up…. Federal officials are pushing people to evaluate their options and consider switching plans to try to keep costs in check, in a message regularly summarized as “shop and save.”

But The Wall Street Journal’s review of choices available in the most populous county of each state, as well as the county holding the state capital, suggests that won’t fully help, most notably for people who don’t qualify for subsidies under the health law.

In about half of the states using HealthCare.gov, people in popular plans can pay lower premiums in 2016 than they did in 2015—as long as they are willing to switch to a plan with a different insurer, usually with a narrower network of doctors and a higher deductible.

In the other half of those states, switching insurers could only mitigate the size of a premium increase from 2015 and may also include a boost in deductibles.

Obama administration officials say the law has made historic achievements in denting the number of uninsured. Leslie Dach, a senior counselor at the Department of Health and Human Services, also said Tuesday at the Journal’s CEO Council that under the law’s insurance changes “we have seen everybody’s coverage improve.”

Low-income people who receive subsidies will find the blow softened. But the fact that middle-class buyers face more difficult choices carries major implications for the administration as it tries to make the law work after two initial tough enrollment periods. It comes at the same time many companies are raising employees’ contributions toward health coverage, although the overall premium for employer-sponsored health insurance rose by a modest 4% for 2015, the Kaiser Family Foundation reported earlier this year. …

Under ObamaCare, insurers beginning in 2014 have been required to sell plans to everyone, regardless of medical history, with only limited premium variation based on age. It is one of the law’s most popular provisions and has made it possible for people who previously couldn’t get insurance to buy it for the first time. The law also caps the deductibles and out-of-pocket costs insurers can include for the first time.

But many insurers say they have been hit by bigger-than-expected bills from new enrollees, including from rising drug prices, and don’t have enough healthy customers to offset them.

State insurance regulators, which approve premiums, say they haven’t been able to dispute the industry’s need for the higher prices, forcing the law’s supporters to scramble to try to keep healthy people enrolled to prevent the situation from becoming irreversibly worse. Around 10 million people buy coverage through HealthCare.gov or state equivalents, and of them, around 80% get some kind of (taxpayer funded) subsidy to help with costs. Between eight and 10 million more people buy insurance directly from a health plan or through a broker, and they don’t get a subsidy.

The Obama administration and its supporters point out that premiums were going up before the law was passed—and that under the law, people have the option to switch insurers because they can’t be turned away based on medical history. The number of insurers across the country has remained relatively steady, with new market entrants offsetting the abrupt exits of some on HealthCare.gov.

But that is scant consolation to buyers who feel more squeezed than ever. …

The value of (taxpayer funded) subsidies is tied to the cost of premiums, so when prices go up, so do the subsidies—for people who qualify for them. That has the effect of absorbing most of the price changes for some of the low-income Americans—for a single 40-year-old, the value of the subsidies starts to peter out when the enrollee’s income reaches $35,000 in many parts of the country. But it also leaves the federal government (taxpayers) on the hook for paying the difference in price, which could become a political issue if premiums continue to rise. …

1. Define the following terms as used in the article in reference to health insurance:
-insurance premium
-out-of-pocket
-deductibles
-copay
-subsidies

2. What three negative aspects of ObamaCare are people finding when signing up for 2016 health insurance policies under ObamaCare?

3. a) What changes have health insurance companies made to the insurance policies they are offering in 2016?
b) Why have they done so? Explain in your own words.

4. By how much are most insurance premiums increasing for individual plans in 2016?

5. Which group of Americans will be most affected by the increased premiums?

6. How do paragraphs 3 and 7 contradict each other?

7. Consumers in approximately half of the states that use HealthCare.gov will be able to pay lower premiums in 2016. What will they have to give up to get lower rates?

8. What effect could the steep price increases in 2016 have on overall insurance prices? (see paragraph 4)

9. Leslie Dach, a senior counselor at the Department of Health and Human Services said Tuesday that under Obamacare “we have seen everybody’s coverage improve.”  Ask a parent: has ObamaCare helped our family, or forced us to pay much more for the same or worse benefits?

Kimann England, a 48-year-old rancher’s wife who runs a religious nonprofit in South Texas, said her family has been willing to absorb rising premiums and deductibles so far. Their health plan’s decision to withdraw its “preferred provider organization” product this year tipped her over the edge.

“We’re getting blasted,” said Mr. Elmquist, a biotechnology entrepreneur, who makes too much to qualify for a subsidy. “We try to treat things at home now, at least for the first week. We don’t take the kids to the health clinic as often. I’m getting frustrated because the cost takes a personal toll.”

In Concord, N.C., Robin Matthews said she can’t afford to offer coverage to the five employees of her business providing car title and registration services, but that she plans to sit down with them to look at their options on HealthCare.gov. For several of them, with salaries of around $25,000, the impact of the subsidies is likely to be considerable.

(from the WSJ article above)

The Chicago Tribune reported this week: