President Biden’s address to Congress is limited; invite only 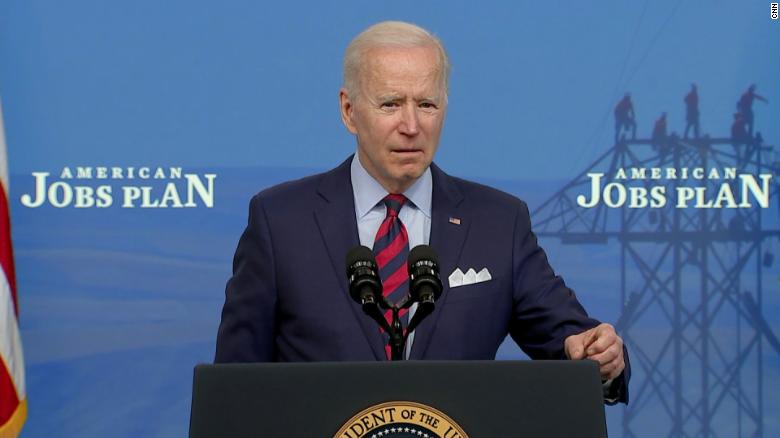 (Compiled from CBS News and CNN) — President Joe Biden will finally give his long awaited address to a joint session of Congress tonight, which was delayed for more than two months for unknown reasons.

The speech it is not considered Biden’s first State of the Union address. The president is following what past presidents have done before him. His speech tonight is known as an “address to a joint session.”

The difference [between a “State of the Union” address and an “address to a joint session”]? — Both speeches are delivered before a joint session of Congress, and include Supreme Court justices, military leaders, Cabinet members and many guests.

Traditionally, a president of the United States is in office for a year before he gives his first State of the Union address in February.  In a State of the Union, the president reflects back on the past year and how the nation is doing, as well as uses the opportunity to highlight his administration’s legislative agenda (which needs Congressional support) and priorities for the country.

The Constitution states that the president “shall from time to time give to the Congress information of the State of the Union, and recommend to their consideration such measures as he shall judge necessary and expedient.”

However, as with previous presidents, it is expected that President Biden will use this address to a joint session of Congress to continue outlining his goals for his administration and share his vision for the country.

From CBS News: Breaking from every other president, only invited members of Congress will be allowed to attend President Biden’s address to a Joint Session of Congress tonight, and the event “will be invitation-only for a limited number of members of Congress,” according to a memo from acting House Sergeant at Arms Timothy Blodgett.

Combined, the House and Senate have more than 500 members. Any members who have not received an invite from their congressional leadership “will not be permitted in the Capitol after 5 p.m.,” according to the memo obtained by CBS News.

The sergeant at arms noted the event is restricted due to COVID-19, although it’s unknown exactly how many members, and which ones, have been invited.

While senators are in Washington this week, the House is not in session, with most lawmakers working remotely. House Republicans are holding a conference in Florida and had asked Democratic Speaker of the House Nancy Pelosi (who issues the formal invitation to the president to speak) to change the date to one when both houses are in session. Pelosi turned down that request.

Chief Justice John Roberts is the only member of the Supreme Court who was invited to Wednesday’s speech. He plans to attend, court spokeswoman Kathy Arberg said.

Unlike a typical address before a joint session, invited members will not be permitted to bring a guest. First lady Jill Biden will also attend, but will not bring any guests.

Mr. Biden is set to deliver his first address to Congress on Wednesday at 9 p.m.

The president’s first address to Congress comes as he completes his first 100 days in office. He did not give this traditional address to Congress earlier in the year (in February as previous presidents have always done) because the White House claimed he was focusing on the American Rescue Plan and other COVID-19-related measures (implying he was too busy to address Congress and the American people).

GOP Senator Tim Scott will give the Republican response to the president’s address. Scott, a conservative Republican who has tried to work with Democrats on issues like police reform, has served in the Senate since 2013.

“We face serious challenges on multiple fronts, but I am as confident as I have ever been in the promise and potential of America,” Scott said in a statement.

During his first Joint Address to Congress, the President will communicate his vision for the future of the country directly to the American people as he moves forward with his plans to take on the many challenges facing this nation. Building on his inaugural address, President Biden will continue to lay out his agenda to “Build Back Better.”

View the legislation President Biden has signed into law

Who is in the President’s Cabinet?

1. What is the difference between a president’s address to a joint session of Congress and a president’s State of the Union address?

2. a) When does a president usually address Congress (Joint Session and State of the Union)?
b) Why is President Biden’s address 60 days later than any other president?

3. What is the purpose of this address?

4. For what reason is the number of Congress members, Supreme Court justices and others permitted to attend limited for the first time ever?

5. a) Who and how many have been invited to the Capitol to attend President Biden’s address?
b) Who do we know for certain will not attend?

6. The president generally speaks for over an hour. Many people believe President Biden is not able to speak clearly/coherently for that long. Do you think that is an unfair assertion? Explain your answer.
(Ask a parent or grandparent the same question.)

CHALLENGE #1 — WITHOUT listening to any comments by the media (during/after the speech), watch President Biden’s address to the nation and answer the following questions.

1. Tone is the attitude a speaker takes towards a subject. What was the tone of President Biden’s address? (optimistic, hopeful, energetic, inspiring, unifying, pessimistic, discouraging, lethargic, critical, etc. …) Explain your answer.

2. What do you think of President Biden’s plan for dealing with covid going forward?

3. What did the President say about the following: (What is his plan/purpose?)

a) His $2 trillion “infrastructure” bill (Republicans argue much of this spending is not infrastructure – Does he address this?)
b) Amount/type of tax increases he will implement to pay for the $2 trillion infrastructure bill
c) the crisis at the border/public safety/criminal cartels and human traffickers
d) plan for protecting/tracking the tens of thousands of unaccompanied children to ensure their ongoing safety
e) BLM protests, law enforcement, ongoing violent clashes and property destruction by “protesters” across the country; Antifa rioters
f) getting the U.S. back into the Iran nuclear deal
g) China threat
h) other

4. a) Do you think the President has focused on the issues most important to Americans in his first 100 days? Explain your answer.
b) Ask a parent the same question.

6. What inspired you the most about President Biden’s address? Explain your answer. (If it did not inspire you at all, why not?)

CHALLENGE #3 – Watch Sen. Tim Scott’s Republican response to the President’s address. What is your reaction to Senator Scott’s remarks?

Did you know? The Biden administration shut down the comments section under all videos on the White House YouTube page. There is no reason given – just the standard note “Comments are turned off.”