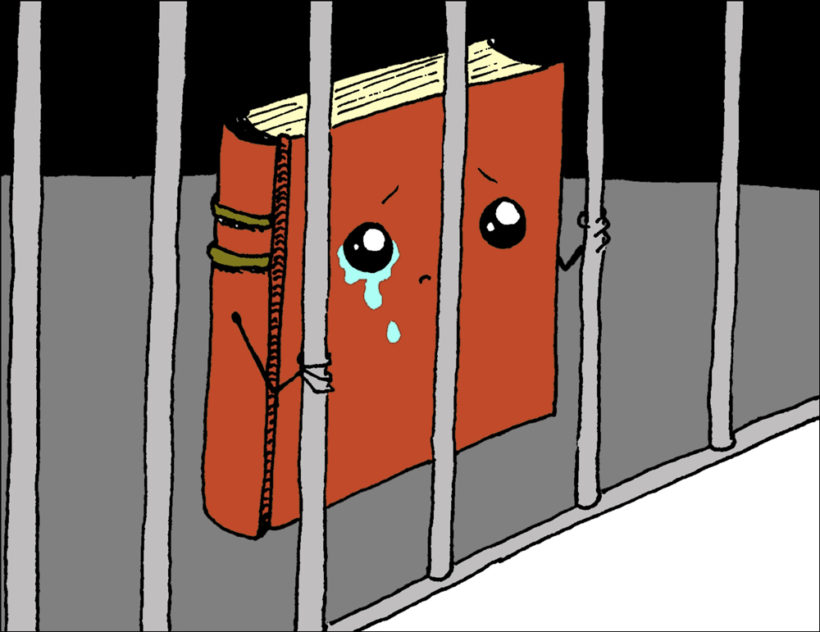 (by Shasta Kearns Moore, Portland Tribune) OREGON — In a move spearheaded by environmentalists, the Portland Public Schools board unanimously approved a resolution aimed at eliminating doubt of climate change and its causes in schools. …

The resolution passed Tuesday [May 17th] calls for the school district to get rid of textbooks or other materials that cast doubt on whether climate change is occurring and that the activity of human beings is responsible. The resolution also directs the superintendent and staff to develop an implementation plan for “curriculum and educational opportunities that address climate change and climate justice* in all Portland Public Schools.” [*Climate justice is a term used for framing global warming as an ethical and political issue, rather than one that is purely environmental or physical in nature.]

“A lot of the text materials are kind of thick with the language of doubt, and [I believe] the science says otherwise,” Bigelow says, accusing the publishing industry to bowing to pressure from [energy] companies. “We don’t want kids in Portland learning material courtesy of the fossil fuel [oil and gas] industry.”

In board testimony, Bigelow said Portland Public Schools’ science textbooks [use] words like might, may and could when talking about climate change.

“ ‘Carbon dioxide emissions from motor vehicles, power plants and other sources, may contribute to global warming,’ ” he quotes Physical Science published by Pearson Publishing as saying. “This is a section that could be written by the Exxon public relations group and it’s being taught in Portland schools.”

Bigelow is also the co-author of a textbook on environmental education, A People’s Curriculum for the Earth. Asked if this resolution will cause the district to buy new textbooks, such as his book, Bigelow said his group Rethinking Schools is a nonprofit, not a money-maker.

“What we’re asking for is not: Buy new stuff,” he said. “What we’re looking for is a whole different model of curriculum development and distribution.”

Bigelow said the district already has climate-change literacy curriculum, such as at Sunnyside Environmental School, and he wants that knowledge to spread.

School board member Mike Rosen introduced the resolution. He also leads NW Ecoliteracy Collaborative, a project focused on environmental curriculum standards. However, he says that work has been on hold.

“I have become concerned about its ability to make progress and not have a conflict with being a school board member,” Rosen said, noting that he is now instead working part-time for the Audubon Society of Portland. “I don’t want there to be a conflict between my school board work and this nonprofit.”

[A petition, meanwhile, circulated by the Oregon Institute of Science and Medicine (OISM) currently lists nearly 32,000 signers, including 9,000 Ph.D.s, who say, “there is no convincing scientific evidence that human release of carbon dioxide, methane, or other greenhouse gasses is causing or will, in the foreseeable future, cause catastrophic heating of the Earth’s atmosphere and disruption of the Earth’s climate. Moreover, there is substantial scientific evidence that increases in atmospheric carbon dioxide produce many beneficial effects upon the natural plant and animal environments of the Earth.” (visit the petitionproject website)]

Reprinted here for educational purposes only. May not be reproduced on other websites without permission from portlandtribune .com.

NOTE TO STUDENTS:
While you might not feel strongly about a certain topic, others around you might take a strong position on one side or the other. Learn to logically defend your position, and politely respect your neighbor’s point of view. And if your neighbor gets argumentative with you, remind each other that both sides need to be tolerant of the other’s point of view.

1. a) What resolution did the Portland (Oregon) Public Schools unanimously approve last week?
b) What will the school district specifically be required to do?

2. Who initiated the resolution? Be specific.

4. a) What statement from the Physical Science textbook currently used by the district does Mr. Bigelow object to?
b) Do you agree with his assertion that words like might, may and could when talking about climate change/global warming are wrong? Explain your answer.
c) Ask a parent the same question.

5. Various recent polls have indicated that the number of Americans who believe the use of fossil fuels (coal, oil, gas) will cause catastrophic global warming has decreased. But those who believe it is a fact and not a theory dismiss them. Some have gone farther than just discounting them:

Rhode Island Democratic Senator Sheldon Whitehouse wrote in June 2015 “urg[ing] the U.S. Department of Justice to consider filing a racketeering suit against the oil and coal industries for having promoted wrongful thinking on climate change, with the activities of ‘conservative policy’ groups an apparent target of the investigation as well.”

Others had already gone farther than the senator himself, calling for making “climate denial” a “crime against humanity,” holding public trials of fossil fuel executives for having resisted the truth and so forth. (From an October 2015 commentary in Newsweek)

Why is it wrong for Americans to try to silence (or even criminalize) those with whom they disagree? (Hint: First Amendment)

6. In contrast to those who say the use of fossil fuels is destroying our planet, Indur Goklany, a science and technology policy analyst for the U.S. Department of the Interior, wrote:

The improvement in human well-being have been enabled directly or indirectly through the use of fossil fuels or fossil-fuel powered technologies and economic growth. This is because every human activity—whether it is growing crops, cooking food, building a home, making and transporting goods, delivering services, using electrical equipment for any purpose, studying under a light or going on holiday—depends directly or indirectly on the availability of energy (see below) and, in today’s world, energy is virtually synonymous with fossil fuels; they supply 82% of global energy used. (from cornwallalliance.org)

Many respected scientists do not believe in the theory of catastrophic climate change caused by man’s use of fossil fuels. What do you think of Portland School Board’s decision to ban any book that presents climate change/global warming as a theory rather than a fact?

ON GLOBAL WARMING:
The theory of global warming is that the earth’s temperature is rising due to man’s use of fossil fuels (gas, oil, coal).  It is believed that this temperature change will result in catastrophic problems in the environment.  To prevent catastrophic climate change, countries need to restrict energy use (reduce/eliminate use of gas, oil and coal).

In 2007, the Global Warming Petition Project published a list of more than 31,000 scientists, including more than 9,000 PhDs, who stated, “There is no convincing scientific evidence that human release of carbon dioxide, methane, or other greenhouse gases is causing or will, in the foreseeable future, cause catastrophic heating of the Earth’s atmosphere and disruption of the Earth’s climate.” Read more: “A science-based rebuttal to the theory of global warming?”

In 2008 Business and Media Institute found: “Consistently viewers are being sent only one message from ABC, CBS and NBC: global warming is an environmental catastrophe and it’s mankind’s fault. Skepticism is all but shut out of reports.” Read more at: “Global Warming Censored”

“It is increasingly clear that the planet was significantly warmer than today several times during the past 10,000 years.” Read more: “Your Complete Guide to the Climate Debate”