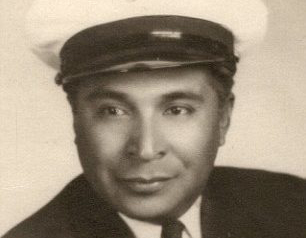 (by Steven Luke and Monica Garske, NBCSanDiego7) – A 104-year-old San Diego resident known as the oldest survivor of Pearl Harbor boarded a flight to Honolulu Saturday, where he will be honored at a ceremony.

Ray Chavez, who lives in Poway, California, will serve as a special guest of the 75th anniversary commemorative ceremonies on Dec. 7. Seaman 1st Class Chavez was assigned to the USS Condor. On Dec. 7, 1941, he was asleep at home after a minesweeping mission during which his crew helped in sinking an enemy submarine. His wife woke him up with word of the attack on Pearl Harbor.

Chavez raced to the burning Pearl Harbor and did not leave for a week. Today, he is the oldest known living U.S. military veteran of the bombing raid that killed thousands and sparked WWII.

“I never will forget [Pearl Harbor] as long as I live,” Chavez said before boarding his flight at the San Diego International Airport Saturday.

“He’s the oldest, and there’s not too many of them left anymore,” his daughter said. Ray Chavez poses for a photo at the Honolulu International Airport, Dec. 3, 2016. More than 100 World War II veterans, including Pearl Harbor survivors, arrived to Honolulu to participate in the remembrance events throughout the week to honor the courage and sacrifices of those who served during Dec. 7, 1941, and throughout the Pacific Theater. Dec. 7, 2016, marks the 75th anniversary of the attacks on Pearl Harbor and Oahu. (Photo: Petty Officer 2nd Class Tara Mol / U.S. Pacific Command)

A special TSA line awaited Chavez at the airport, giving him his screening. And, as he made his way to his gate, stranger after stranger stopped him to take photos with him, shake his hand and thank him for his service.

“Well, I’m not exactly a hero, because there were thousands of other heroes, too. But I’m very proud of the honor bestowed on me,” he added.

Reprinted here for educational purposes only. May not be reproduced on other websites without permission from NBC San Diego 7. Visit the website at nbcsandiego .com.

5. What 2 adjectives do you think best describe Ray Chavez? Explain your answer.

6. What inspires you most about Mr. Chavez?

Watch a March 2016 news report about Ray Chavez working out at a gym: