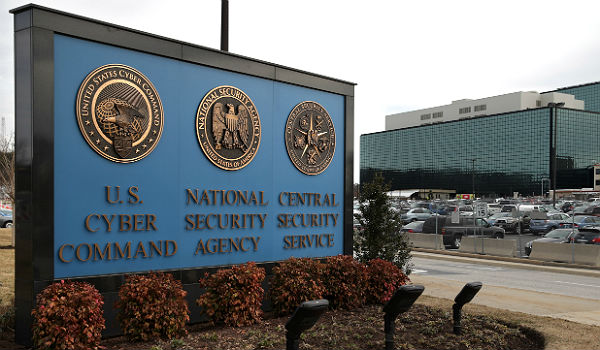 (Reuters) – A federal appeals court ruled Thursday the National Security Agency’s collection of millions of Americans’ phone records isn’t authorized by the Patriot Act*, as the Bush and Obama administrations have long maintained. The NSA has used the Patriot Act to justify collecting records of nearly every call made in the U.S. and entering them into a database to search for possible contacts among terrorism suspects. The Court said the collection of the records was not authorized by Congress.

The 2nd U.S. Circuit Court of Appeals in Manhattan said a lower court judge erred in dismissing a lawsuit by the American Civil Liberties Union that challenged the constitutionality of the surveillance on the ground it violated people’s privacy.

At issue was the NSA’s collection of “bulk telephone metadata,” a program whose existence was first disclosed by former NSA contractor Edward Snowden.

In December 2013, U.S. District Judge William Pauley in Manhattan dismissed the ACLU lawsuit, saying the NSA program was a “counter-punch” by the government to aid its efforts to fight terrorism.

Writing for a three-judge appeals court panel, however, Circuit Judge Gerard Lynch said Congress did not authorize the NSA program under a section of the Patriot Act governing how investigators may collect information to fight terrorism.

“Such expansive development of government repositories of formerly private records would be an unprecedented contraction of the privacy expectations of all Americans,” Lynch wrote in a 97-page decision.

“Perhaps such a contraction is required by national security needs in the face of the dangers of contemporary domestic and international terrorism,” he added. “But we would expect such a momentous decision to be preceded by substantial debate, and expressed in unmistakable language. There is no evidence of such a debate.”

Thursday’s decision did not resolve the issue of whether the NSA program violated the bar against warrantless searches under the Fourth Amendment. The 2nd Circuit returned the case to Pauley for further proceedings. …

[The judges didn’t order the collection to stop, noting that the legislative debate and the looming expiration of Section 215 of the Patriot Act will force action on the issue one way or another.  Section 215 is due to expire next month and lawmakers are haggling about whether to renew it, modify it, or let it lapse.]

*The USA PATRIOT Act is an Act of Congress that was signed into law by President George W. Bush on October 26, 2001. Its title is a ten-letter backronym (USA PATRIOT) that stands for “Uniting and Strengthening America by Providing Appropriate Tools Required to Intercept and Obstruct Terrorism Act of 2001.”

On May 26, 2011, President Barack Obama signed the PATRIOT Sunsets Extension Act of 2011, a four-year extension of three key provisions in the USA PATRIOT Act:

1. What argument did the ACLU use to challenge the NSA’s surveillance program of all phone records?

3. For what reasons did the appeals court say the lower court judge erred in dismissing the ACLU’s lawsuit? Be specific – what did the court say?

4. What did the circuit court’s ruling not settle?

6. Judge Lynch wrote: “Perhaps such a contraction is required by national security needs in the face of the dangers of contemporary domestic and international terrorism, but we would expect such a momentous decision to be preceded by substantial debate, and expressed in unmistakable language. There is no evidence of such a debate.”
a) Do you agree with Judge Lynch’s reasoning? Explain your answer.
b) Ask a parent the same question.

(NOTE: There are also Bankruptcy and Special Courts.)