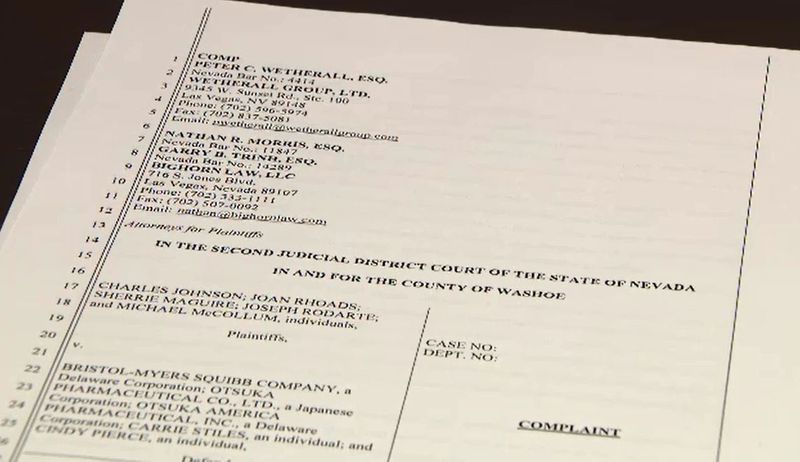 (by Ray Downs, UPI) — Five Nevadans filed a lawsuit at the beginning of March against the makers of Abilify, an anti-psychotic drug, they say caused them to develop a gambling problem.

The plaintiffs argue that Japanese drug developer Otsuka Pharmaceutical Co. Ltd., its American branch, Otsuka America Pharmaceutical Inc. and marketing partner Bristol-Myers Squibb did not add a warning of potential side effects on Abilify’s label that included compulsive gambling in the United States before 2016 “despite opportunities and a duty to do so,” the Las Vegas Review-Journal reported.

But the companies had knowledge of the potential side effect since it included a “pathological gambling” warning to the drug’s label in Canada and Europe.

The plaintiffs said they never had problems with gambling before they started taking Abilify and they ended up suffering “anxiety, stresses, and in some cases the loss of homes, the loss of credit.”

“As strange as it sounds, it’s actually pretty well-documented in medical journals that this type of drug is capable of causing compulsivity,” attorney Peter Wetherall said, according to KTVN-TV.

Abilify is an anti-psychotic drug used to treat schizophrenia, depression, bipolar disorder and Tourette’s syndrome. It became the top-selling drug in the United States with sales of $7.5 billion between October 2013 and September 2014.

There are now several cases pending against Otsuka Pharmaceuticals and Bristol Myers Squibb for not adding a “compulsive gambling” warning to the Abilify label before 2016.

In December 2016, Bristol-Myers Squibb paid $19.5 million in a settlement agreement with 42 states and the District of Columbia “to resolve claims it engaged in unfair or deceptive trade practices [in marketing Abilify],” the Tallahassee Democrat reported.

From UPI .com. First published March 9, 2018. Reprinted here for educational purposes only. May not be reproduced on other websites without permission from United Press International.

2. What argument did the plaintiffs use in their case?

3. What proof do the plaintiffs present to demonstrate that the company knew of the potential side effect?

4. In addition to #3, what documentation does the plaintiffs’ attorney cite to support their case?

6. After reading this article, what should you conclude about any prescription drugs? (What should a person do when prescribed medication?)