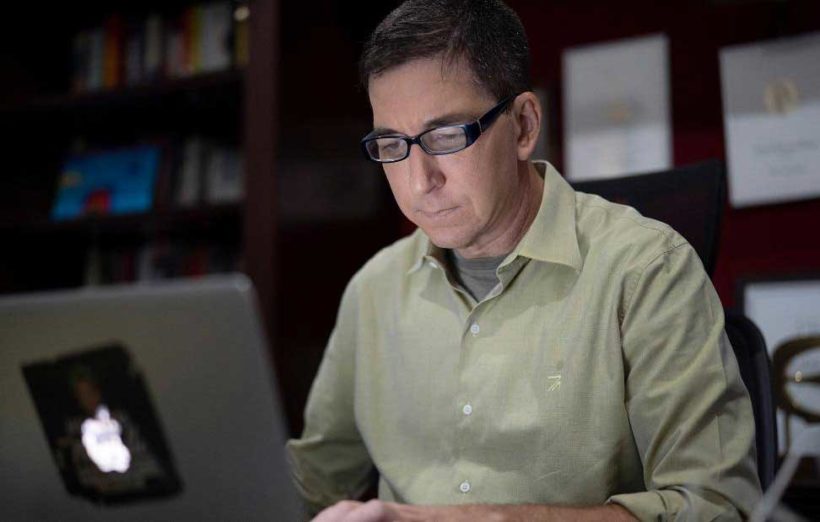 (Compiled from the New York Post and Newsweek) — Progressive journalist Glenn Greenwald announced that he’s leaving The Intercept, a publication he co-founded, due to censorship of an article he wrote regarding corruption allegations surrounding Democratic presidential nominee Joe Biden.

Greenwald posted a resignation letter on Twitter on Oct. 29, saying editors at the left-leaning publication refused to publish an article of his unless he deleted “all sections critical of Democratic presidential candidate Joe Biden, the candidate vehemently supported by all New-York-based Intercept editors involved in this effort at suppression.”

The journalist, who helped break news on classified NSA surveillance programs leaked by former contractor Edward Snowden about a decade ago, asserted that The Intercept’s decision and his choice to resign shows there is a trend of “repression, censorship and ideological homogeneity plaguing the national press generally have engulfed the media outlet I co-founded, culminating in censorship of my own articles.” He wrote,

“The censored article, based on recently revealed emails and witness testimony, raised critical questions about Biden’s conduct. Not content to simply prevent publication of this article at the media outlet I co-founded, these Intercept editors also demanded that I refrain from exercising a separate contractual right to publish this article with any other publication.”

Greenwald noted that he would be publishing the censored article, which is titled “Article on Joe and Hunter Biden Censored by The Intercept,” on Substack in full later on Thursday.

The week before he resigned from his own publication, Greenwald tweeted the following:

On Tucker Carlson’s Fox News show that night, he elaborated:

“What makes it so much worse is that the reason the Bidens aren’t answering basic questions about this story — basic questions like: Did Hunter Biden drop that laptop off at that repair shop? Are the emails authentic? Do you deny that they are? Do you claim any have been altered or any of them fabricated? Did you in fact meet with Burisma executives as these emails suggest? . . . The reason that they don’t answer any questions is because the media has signaled that they don’t have to. That journalists will be attacked and vilified simply for asking.”

Watch the Oct 20th interview below:

Watch the Thursday Oct. 29 interview following his resignation from The Intercept:

2. What did the editors of The Intercept tell Greenwald to do before they would publish his article on the Biden corruption story?

3. a) What were the editors also trying to prevent Greenwald from doing?
b) How did he get around it?

4. What, in Greenwald’s opinion, is the biggest scandal regarding the Biden corruption story?

6. Watch the videos at the bottom of the article. Mr. Greenwald, a progressive, is no fan of President Trump. Yet he accuses the media of protecting Democratic presidential candidate Joe Biden regarding the reports on his corrupt deals with foreign governments – including China and Russia. Consider Greenwald’s comments and tweets on the media blackout on Biden corruption reports.  Do you think his arguments about the media are persuasive?  Explain your answer.

Read Glenn Greenwald’s censored “Article on Joe and Hunter Biden Censored by The Intercept.”
Read the email communications Glenn Greenwald had over the last week with Intercept editors regarding his article.
What is your reaction?