How to commemorate Memorial Day 2018 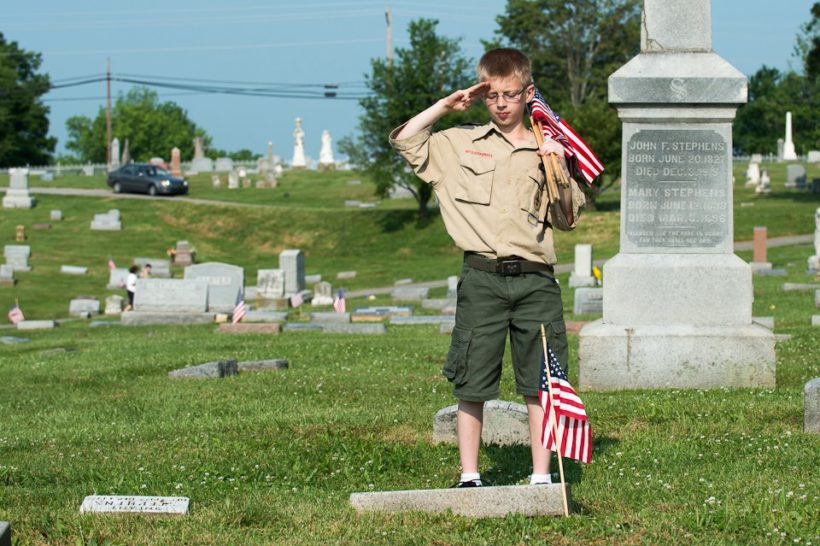 It is customary to honor fallen soldiers every Memorial Day by placing a small flag at their gravesite. Local Boy Scout troops often assist veteran’s organizations in carrying out this service. PLEASE NOTE: Daily posting and “Answers” emails end for the school year today.
We wish you a wonderful summer!
Check the website during the summer for occasional posts.

4. This year consider how your family can take part in any of the activities from question #3. Sure, you can barbecue – but take some time during the day to honor our fallen soldiers. Do an internet search for “2018 Memorial Day events + the name of your town/city.” Consider attending the event that honors those who have died while in service.

Watch the National Memorial Day Concert on Sunday, May 27th on PBS.