Hillary Clinton on Private Email: ‘That Was a Mistake. I’m Sorry’ 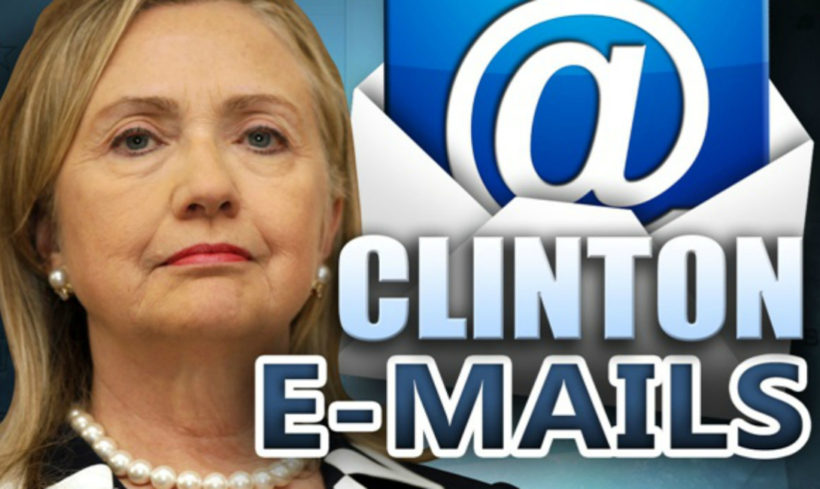 (by Liz Kreutz, ABC News) – Hillary Clinton on Tuesday told ABC News’ David Muir that using a personal email account while Secretary of State was a “mistake” and that she is “sorry” for it.

“I do think I could have and should have done a better job answering questions earlier. I really didn’t perhaps appreciate the need to do that,” the democratic presidential candidate told Muir in an exclusive interview in New York City. “What I had done was allowed, it was above board. But in retrospect, as I look back at it now, even though it was allowed, I should have used two accounts. One for personal, one for work-related emails. That was a mistake. I’m sorry about that. I take responsibility.”

This is the farthest Clinton has gone yet in offering an apology for her use of a private email server while Secretary of State.

Clinton told the Associated Press on Monday that she would not apologize for it because “what I did was allowed.”

When asked by Muir to clarify if she did feel she made a mistake by using her private account, Clinton conceded she did.

“I did, I did,” Clinton said. “As I said, it was allowed and there was no hiding it. It was totally above board. Everybody in the government I communicated, and that was a lot of people, knew I was using a personal email. But I’m sorry that it has, you know, raised all of these questions. I do take responsibility for having made what is clearly not the best decision.”

While Secretary of State, Clinton used a private email server based out of her home in Chappaqua, New York to send and receive work-related emails. Her decision to do so has raised questions over classified material.

Clinton has since turned over more than 55,000 pages of emails from her email server to the State Department, which are being released in batches. (Clinton’s team deemed roughly 31,000 emails to be “personal and private.” Those were not turned over and have since been deleted.)

Last month, Clinton also turned over her private server and thumb drive to the Justice Department amid a federal investigation into the security of the server and whether there was classified information in the emails from the private account she was using.

On Tuesday, Clinton maintained that she did not send or receive classified material on the account and reiterated she is “trying to be as transparent as possible” in her handling of the email controversy.

Clinton’s interview, her first national television interview with an evening news anchor since launching her presidential campaign five months ago, comes after a rocky summer where she faced growing scrutiny over her use of a private email account and dropping poll numbers.

A recent ABC News/Washington Post poll found that 53 percent of Americans now see Clinton unfavorably, up 8 points since midsummer. According to a recent Quinnipiac poll that asked registered voters to say the “first word” that comes to mind when they hear Hillary Clinton’s name, the most frequently mentioned word was “liar.” Next on the list were “dishonest” and “untrustworthy.”

Even so, Clinton remains optimistic about the future of her campaign.

“Of course I can,” she said. “I, as you might guess, have been around a while and there have been lots of, you know, attacks and counter-attacks and questions raised. And I can survive it because I think I’m running to be president to do what the country needs done. And I believe the American people will respond to that.” …..

1. What did Democratic Presidential candidate Hillary Clinton say she was sorry for in an interview on ABC Tuesday?

3. Why is the use of this private server by the Secretary of State concerning?

4. What is the role of the Secretary of State?

5. Read the “Background” below about the Secretary of State and what Secretary Clinton was required to do with her official communications. Watch the videos under “Resources.”
Hillary Clinton exclusively used a personal email account on a personal server to conduct government business as secretary of state, State Department officials said, and may have violated federal requirements that officials’ correspondence be retained as part of the agency’s record.

a) What questions do you have about Secretary Clinton’s statement that she did not send or receive information marked as classified?

b) Do you think Secretary Clinton’s explanation that she believed her communications were being preserved in the government email accounts of government employees she communicated with is a plausible explanation?

6. a) Ask a parent or other adult relative who is a Democrat: Should voters trust Hillary Clinton? Explain your answer.
b) Do you agree with his/her explanation? Why or why not?

About the U.S. State Department and Secratary of State:
The U.S. Department of State advises the President in the formulation and execution of foreign policy and promotes the long-range security and well-being of the United States. The Department determines and analyzes the facts relating to American overseas interests, makes recommendations on policy and future action, and takes the necessary steps to carry out established policy. …The Department … negotiates treaties and agreements with foreign nations; speaks for the U.S. in the United Nations and other international organizations in which the U.S. participates; and represents the U.S. at international conferences. (from about.com)

Throughout the controversy regarding her exclusive use of private email while secretary of state, Hillary Clinton has said she followed the rules. But the truth isn’t so clear cut.

Although some former secretaries of state occasionally used personal emails for official business, Clinton is the only one who never once used an @state.gov email address in the era of email. Some have questioned whether that practice violated rules regulating email use, transparency, records management or security. (from a March 2015 politifact.com article)

Hillary Clinton exclusively used a personal email account to conduct government business as secretary of state, State Department officials said, and may have violated federal requirements that officials’ correspondence be retained as part of the agency’s record.

Mrs. Clinton did not have a government email address during her four-year tenure at the State Department. Her aides took no actions to have her personal emails preserved on department servers at the time, as required by the Federal Records Act.

Under federal law, however, letters and emails written and received by federal officials, such as the secretary of state, are considered government records and are supposed to be retained so that congressional committees, historians and members of the news media can find them. There are exceptions to the law for certain classified and sensitive materials.

Regulations from the National Archives and Records Administration at the time required that any emails sent or received from personal accounts be preserved as part of the agency’s records.

The revelation about the private email account echoes longstanding criticisms directed at both the former secretary and her husband, former President Bill Clinton, for a lack of transparency and inclination toward secrecy.

The existence of Mrs. Clinton’s personal email account was discovered by a House committee investigating the attack on the American Consulate in Benghazi as it sought correspondence between Mrs. Clinton and her aides about the attack.

Under the Federal Records Act (law), “the head of each Federal agency shall make and preserve records containing adequate and proper documentation…” (from the U.S. National Archives archives.gov)

Under the Federal Records Act (law), each federal agency is required to make and preserve records that (1) document the organization, functions, policies, decisions, procedures, and essential transactions of the agency and (2) provide the information necessary to protect the legal and financial rights of the government and of persons directly affected by the agency’s activities.

The Act defines a federal record without respect to format.

Records include all books, papers, maps, photographs, machine-readable materials, or other documentary materials, regardless of physical form or characteristics – including email – made or received by an agency of the government under federal law or in connection with the transaction of public business and preserved or appropriate for preservation by that agency as evidence of the organization, functions, policies, decisions, procedures, operations, or other activities of the government or because of the informational value of data in them.

What is the The National Archives and Records Administration (NARA)? Go to: archives.gov/about

Watch an analysis of Mrs. Clinton’s use of a personal server for email: