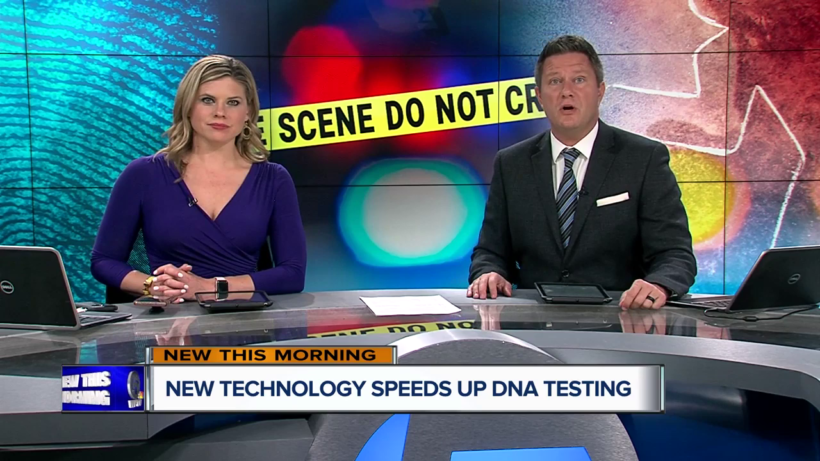 (by Paul Brinkmann, UPI) ORLANDO, Fla., — The FBI has launched a pilot program in Florida to rapidly match DNA samples from felony suspects with a national database of DNA collected in unsolved crimes, potentially aiding in the arrest of dangerous criminals.

The new program has an automated “Rapid DNA” system that can return test results, including possible matches, in two hours, the Florida Department of Law Enforcement (FDLE) said.

“There is no question that DNA testing has made Florida safer, and the use of Rapid DNA will ensure suspects aren’t released from jail before DNA search results come back,” FDLE Commissioner Rick Swearingen said in a news conference last week.

He said the state had been working to develop the new technology for nearly 10 years. Although other states use Rapid DNA tests in some capacity, the Florida program is the first to be connected directly into the FBI’s national database. Other states in the program are California, Texas, Arizona and Louisiana.

“We believe this scientific DNA matching tool will greatly enhance all law enforcement agencies … to more effectively and efficiently solve crimes and bring the perpetrators of crime to justice,” said Sheriff Walt McNeil of Leon County, where the program pilot began.

In the past, DNA swabs were collected at booking and physically sent to a state lab for analysis. Under the new program, a technician in the jail will use new equipment that automatically analyzes the swab. The technician then will upload the DNA results to the FBI’s database for possible matches.

Results are available within hours, as opposed to days or weeks. If a match from another crime scene is found, authorities at the jail in Florida would be notified. The FBI’s system also would notify the local police agency about the previous incident at which DNA was obtained.

“Turnaround time in the past was much longer. It could take weeks, and by that time the person could be long gone,” said Jessica Cary, a FDLE spokeswoman.

Collecting DNA from those arrested for felonies is not authorized universally. Thirty states require DNA samples be taken and tested upon a felony arrest, according to the National Conference of State Legislatures. Other states require such collection only after conviction.

The Florida law authorizing the practice dates to 2009, when it was signed by former Gov. Charlie Crist.

Those opposed to collecting DNA from felons contend it infringes on civil liberties and privacy, and that DNA contains too much genetic information about family disease history and other medical issues to be surrendered without a criminal conviction, the National Conference of State Legislators says on its website.

“This may be a good tool for law enforcement, but I think it is also another chipping away at the right to privacy, which is eroding on all fronts today due to technology,” said William Allen, professor and co-chair of the University of Florida Ethics Advisory Committee. …

States also have varying rules about how long a person’s DNA data can be kept by the government, which Allen said is problematic for human rights on a number of levels, depending on who has access to the data.

“It depends on the techniques and methods, but there is still some room for error,” he said. “There will certainly be people who argue this is for the public good, but to take this kind of information, without probable cause, could be considered a violation of the Fourth Amendment barring search and seizure without probable cause.”

Published at UPI .com on March 2. Reprinted here for educational purposes only. May not be reproduced on other websites without permission from United Press International.

2. a) What is a pilot program?
b) How quickly will a law enforcement agency be able to get DNA test results with the new Rapid DNA pilot program?

4. How is this new DNA program different from the original way DNA samples were collected and analyzed? Be specific.

6. a) For what reasons are people opposed to laws that require DNA samples be taken from those arrested for or convicted of a felony?
b) Florida law enforcement officials note that DNA testing has made Florida safer, and the new rapid DNA testing will help protect the public (by keeping criminals off the streets and by catching other criminals). Do you think the benefits outweigh the concerns? Explain your answer.

Read about the FBI’s Rapid DNA program at fbi.gov.