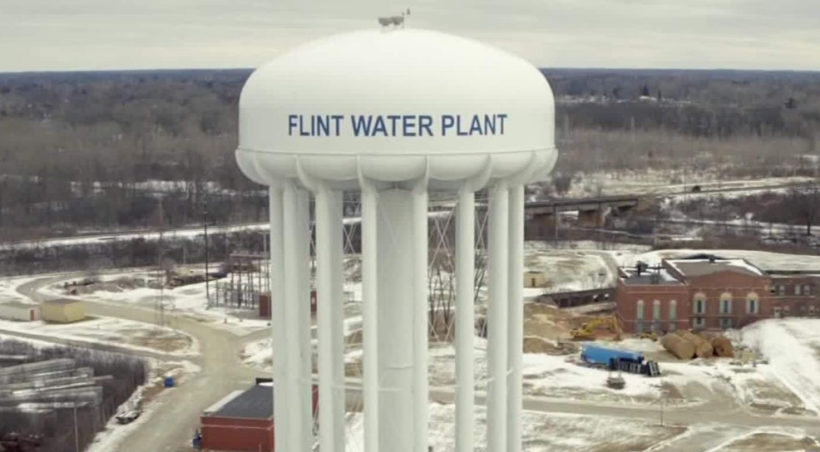 (by David Shepardson, Reuters) – The FBI said on Tuesday it was joining a criminal investigation of lead-contaminated drinking water in Flint, Michigan, exploring whether laws were broken in a crisis that has captured international attention.

A spokeswoman for the U.S. Attorney’s Office in Detroit said Federal prosecutors in Michigan were working with an investigative team that included:

An FBI spokeswoman said the agency was determining whether federal laws were broken, but declined further comment.

EPA Administrator Gina McCarthy met with officials and community leaders in Flint and told reporters she could not give a timeline for fixing the problem. She said the agency was examining where it [the EPA] may have fallen short, but declined to address the criminal probes.

The city, about 60 miles northwest of Detroit, was under the control of a state-appointed emergency manager, Democrat Darnell Earley, when it switched the source of its tap water from Detroit’s system to the Flint River in April 2014.

Flint switched back last October after tests found high levels of lead in blood samples taken from children. The more corrosive water from the river leached* more lead from the city pipes than Detroit water did. Lead is a toxic agent that can damage the nervous system. [*leach – to release (a chemical, a metal, etc.) when a liquid passes through]

Michigan Governor, Republican Rick Snyder, who extended a state of emergency in Flint until April 14, has repeatedly apologized for the state’s poor handling of the matter.

The ability to seek criminal charges under U.S. environmental laws is limited, according to Peter Henning, a law professor at Wayne State University in Detroit and a former federal prosecutor. Prosecutors would need to find something egregious like a knowingly false statement.

“You need something that is false to build a case,” he said. Simply failing to recognize the seriousness of the situation would not rise to that level, Henning added.

Senator James Inhofe, an Oklahoma Republican who chairs an environmental committee, said an agreement to help Flint was close and would be a combination of revolving funds and other aid. Money from a revolving fund is like a loan, with the money going to the recipient and then being repaid so there is no net cost to U.S. taxpayers.

Senator John Cornyn of Texas, the second-ranking Republican in the Senate, said aid to Flint must not add to U.S. budget deficits for “what is a local and state problem.”

The U.S. House Oversight and Government Reform Committee will hold a hearing on Wednesday on the Flint crisis. The head of the Michigan Department of Environmental Quality, Keith Creagh, will apologize for its handling of the case, and an EPA water official will tell the committee that reforms must be enacted to prevent a repeat, according to advance testimony.

But Earley’s attorney said the subpoena was not issued in time for his client to testify, according to CNN.

1. List the federal government agencies that are working with the FBI to investigate the Flint water crisis.

2. What is the FBI looking to determine in its investigation?

4. Explain how lead got into Flint’s drinking water.

5. According to law professor Peter Henning, why is it likely that no one will face a criminal charge in the water fiasco?

Senator John Cornyn of Texas, the second-ranking Republican in the Senate, said aid to Flint must not add to U.S. budget deficits for “what is a local and state problem.”

a) Flint’s drinking water system must be replaced as soon as possible. Who do you think is responsible to pay to replace the entire water system in Flint: the city, the state, or the federal government? Explain your answer.
b) Ask a parent the same question.

7. This is a complicated story. Many put the blame on Republican Governor Rick Snyder, who has repeatedly apologized for the state’s poor handling of the matter. Read the “Background” below. What responsibility, if any, do you think the following have in this crisis?

The EPA’s top Midwest official told The Detroit News the agency knew about the lack of corrosion control in the water supply as early as April, after an EPA official identified problems with the drinking water, but did not make the information public.

The paper also cited email exchanges between EPA officials and Mayor Walling showing what it described as a “lack of urgency” over the matter and a greater focus on procedure rather than public safety. Walling and other officials repeatedly told residents the water was safe but blamed state and federal agencies for the problems.

Walling was voted out in November, with the water issue cited as a reason for his loss. Neither Walling nor the EPA’s alleged role in the crisis appeared in any criticisms from either Clinton or Sanders.