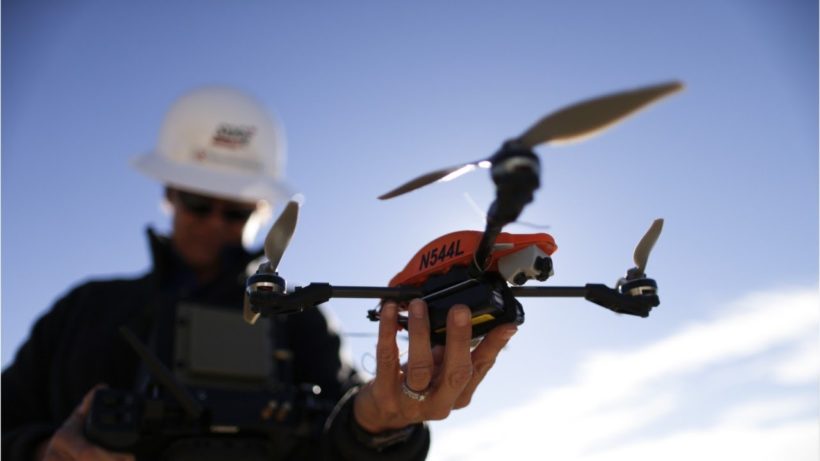 (by David Shepardson, Reuters) WASHINGTON — The Federal Aviation Administration said on Tuesday (Feb. 12) it is requiring small drones to display registration numbers on the exterior to address concerns raised by U.S. security officials and to make it easier to identify owners.

In 2015, the FAA published rules requiring all drones to register prior to operation and that a government registration number be accessible in a battery compartment or other similar location.

The FAA said in a notice published on Tuesday, Feb. 12, in the Federal Register it is requiring the “registration number to be marked on the exterior of the aircraft.”

The agency said the move is at the request of law enforcement and the FAA’s interagency security partners “regarding the risk a concealed explosive device poses to first responders who must open a compartment to find the small unmanned aircraft’s registration number.”

The FAA said it first received concerns about drone ID numbers in December 2016 from law enforcement but delayed acting because of lawsuits challenging the drone registration rules. The agency said if it did not act quickly that “first responders could be exposed to additional risk during the notice and comment period* as a result of the attention drawn to the vulnerability.”

There are nearly 1.3 million registered drones in the United States and more than 116,000 registered drone operators. Officials say there are hundreds of thousands of additional drones that are not registered.

Congress last year gave the Department of Justice and Department of Homeland Security new powers to disable or destroy threatening drones after officials raised concerns about the use of drones as potential weapons.

Earlier this month, the FBI said authorities confiscated six drones whose owners violated a temporary order not to fly the devices in the Atlanta area ahead of the NFL’s Super Bowl.

The issue of threats by drones to commercial air traffic came to the fore after London’s second-busiest airport, Gatwick Airport, was severely disrupted in December when drones were sighted on three consecutive days.

Last month, 43 flights into New Jersey’s Newark Liberty International Airport were required to hold after drone sightings at nearby Teterboro airport, while nine flights were diverted.

In January, U.S. Transportation Secretary Elaine Chao proposed rules that would allow drones to operate over populated areas to help speed their commercial use.

The FAA is also working on rules to set remote identification requirements for drones for tracking them.

*Generally, Federal government agencies will allow 60 days for public comment. Sometimes they provide much longer periods. Agencies may receive anywhere from no comments to tens or hundreds of thousands of comments or more. They can be brief one-line or one-paragraph comments, or they may contain thousands of pages with detailed analysis. (read more at regulations.gov)

Published February 12 at Reuters .com. Reprinted here for educational purposes only. May not be reproduced on other websites without permission from Thomson Reuters.

2. a) For what reasons has the FAA implemented this new requirement? Be specific.
b) When did the new rules take effect?

3. What rules had the FAA implemented in 2015 regarding drones?

4. a) When did the agency first receive law enforcement concerns over the drone ID numbers?
b) Why did it delay acting on the concerns at that time?
c) Why are they moving quickly now – before waiting for the usual notice and comment period usually given to the public to comment on any rule change?

6. Describe 3 recent incidents where drones caused disruption or disregarded orders not to fly.

7. From paragraph 8: Congress last year gave the Department of Justice and Department of Homeland Security new powers to disable or destroy threatening drones after officials raised concerns about the use of drones as potential weapons.

From paragraph 12: In January, U.S. Transportation Secretary Elaine Chao proposed rules that would allow drones to operate over populated areas to help speed their commercial use.

Consider the potential danger and disruption drones could cause.

Consider the invasion of privacy drones could also cause.

a) Whose rights are more important: the general public, or the individual’s right to fly drones?

b) What type of penalty do you think drone users should be given for disregarding “no-fly” areas?

c) What responsibilities do you think drone operators have when flying a drone outside their own property?

From the FAA website on recreational drone regulations (12/11/18 at faa.gov):

There are many types of airspace restrictions in the United States. Below is a list of restrictions that commonly affect UAS flights, including:

We prohibit flying your drone over any emergency or rescue operations including:

Do you own a drone? Read the FAA rules for drones at faa.gov.