Everything you need to know about the Electoral College 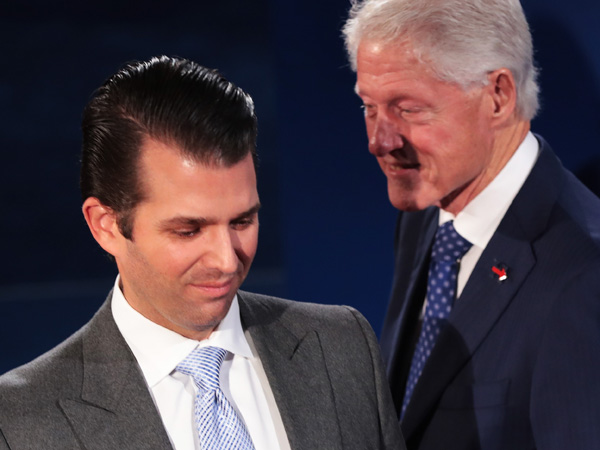 (by Rebecca Shabad, CBS News) – Millions of voters will head to the polls next Tuesday to cast ballots in the 2016 presidential election (and some already have), but the outcome won’t be official for another two months, in January. That’s because the presidential election is decided by the Electoral College, and not the national popular vote.

It’s a process that was established by the Constitution that says a candidate can only be elected president if he or she wins a majority of the 538 electors. Donald Trump or Hillary Clinton, therefore, must secure at least 270 electoral votes to win the White House.

How does it work?

Each state’s allotted number of electoral votes is equal to the size of each state’s congressional delegation. Texas, for example, has 38 electors, which means the state has 36 members in the House of Representatives plus its two senators. California has the most electoral votes, 55, and a few states like the Dakotas, Montana and Wyoming have as few as three. Washington, D.C. also has three electoral votes. Most states distribute electoral votes through a winner-take-all system, so if Clinton were to win the battleground state of Arizona, 11 electors selected by the state’s Democratic Party would be elected to the Electoral College. Maine and Nebraska operate under a different system, whereby the winner of each congressional district is awarded one electoral vote each and the winner of the statewide vote is awarded each state’s remaining two electoral votes. …

What happens between Election Day and the inauguration?

On Tuesday, voters will select a presidential candidate, but they’ll technically be casting ballots for a candidate’s party’s slate of electors. …

On Dec. 19, each state’s winning slate of electors [Democratic or Republican] is expected to meet in person in state capitals to cast one ballot for president and one for vice president. Those vote counts are then sent to the government by late December.

On the afternoon of Jan. 6, unless the date is changed, the vice president, Joe Biden, will open the electoral votes before a joint session of the new Congress where they will be counted.

The candidate elected president spends the time between November and January – known as “the transition” – assembling his/her cabinet and White House staff and preparing for government. If the sitting president wins his administration will largely stay in place, although he may decide to reshuffle his cabinet and aides for his second term.

Who are the electors?

The Constitution doesn’t provide too many details about who can serve as an elector except that no sitting senator or House member can be appointed as one. Political parties in each state generally choose their slate of electors. …

Are electors required to vote for their pledged candidate?

There is no Constitutional provision or federal law that requires electors to vote for whom they are pledged. Twenty-six states and D.C., however, bind their electors to vote for their promised candidates. People who vote for someone other than for whom they are pledged are known as “faithless electors” and they’ve never decided a presidential election. “Faithless electors” are rare, with only one in each of the 1948, 1956, 1960, 1968, 1972, 1976 and 1988 elections. …

A movement to implement a plan that would elect the president based on the national popular vote has been slowly spreading across the U.S. The plan has been introduced in 50 state legislatures and so far, 10 states as well as D.C. have passed such legislation totaling 165 electoral votes. If enough additional states also passed the plan so that they have at least 270 electoral votes, the plan could actually take effect.

Experts say it’s not completely clear what reform would lead to except that it’s clear that big cities would play a much larger role in presidential elections.

“What you will see is significant money in New York and Houston, in Miami, in L.A., and in Chicago,” said John Hudak of the liberal Brookings Institution. “You’ll see big cities in red states, big cities in blue states being targeted,” adding that Republicans might also have to target some rural areas as well.

“I think the original reason for [the Electoral College] is still very much valid today,” said Hans A. von Spakovsky, senior legal fellow at the conservative Heritage Foundation, who supports keeping the system. “The framers were afraid that if the presidency was just based on the national popular vote, then candidates would simply go to the big cities and ignore the rural parts of the country.”

NOTE TO STUDENTS: Before answering the questions, read the information under “Background” below and watch the video under “Resources.”

1. a) When will the outcome of Tuesday’s presidential election become official?
b) Why will it take that long?

4. a) Who is eligible to be an elector?
b) In how many states are electors bound to vote for the candidate the voters elected?
c) What are “faithless electors”? – What effect have they had on elections?

5. What are “swing states” (also known as “battleground” or “toss-up” states)?

AFTER THE ELECTION CHALLENGE QUESTIONS:
a) List the battleground states in the 2016 presidential election.
b) List the winner of each state’s electoral votes, and the number of popular votes each candidate received.
c) As well as voting for president, Americans are also electing all 435 members of the U.S. House of Representatives and one-third of the Senate. Plus, they are voting for many local and state officials. List the names and parties of the Representatives and (if applicable) Senators who won in your state. Who is the Representative for your district?

How many Presidential candidates lost the popular vote but won the election by winning the electoral college vote?

(NOTE:  Samuel Tilden actually won more than half of the popular vote. The others only won a plurality [more votes than the other candidate, but not more than half the votes].)
from wikianswers.com

A swing state, also referred to as a battleground state (or purple state because it is not majority Democratic “Blue State” or Republican “Red State”) is a state in which no single candidate or party has overwhelming support in securing that state’s electoral college votes. Such states are targets of both major political parties in presidential elections, since winning these states is the best opportunity for a party to gain electoral votes. Non-swing states are sometimes called safe states, because one candidate has strong enough support that he or she can safely assume that he or she will win the state’s votes. (from wikipedia)

Watch an explanation of Swing States from The Telegraph: