Effort to lower voting age to 16 in Oregon 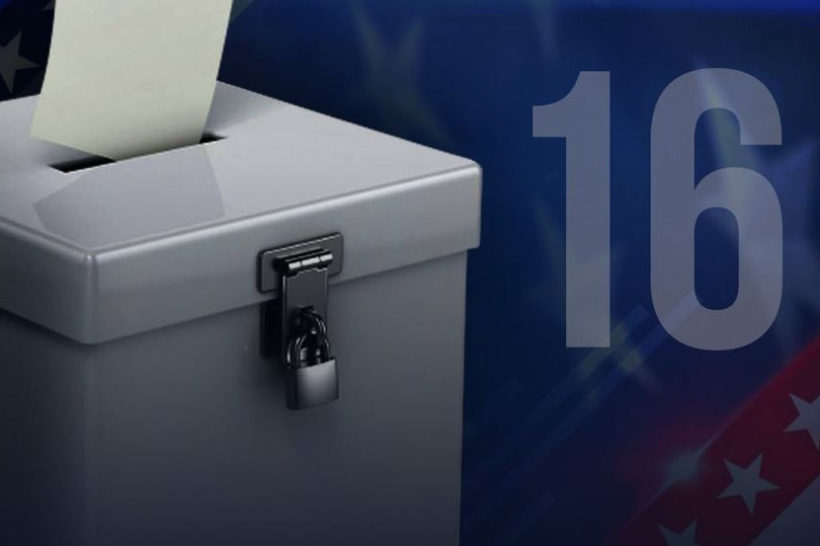 (Compiled from Oregon Statesman Journal, OPB and WGNO) – Several Democratic state lawmakers in Oregon are introducing a bill that would ask voters to amend the Oregon Constitution to lower the voting age from 18 to 16 years old.

If the bill passes, the question would go to voters in the 2020 general election. The proposal would make Oregon the first in the nation to lower the statewide voting age to 16 years old.

Legislators backing the bill, including Democratic Sen. Shemia Fagan, who introduced the bill, held a press conference with high school students Monday at the Capitol to announce the legislation.

Fagan said 16- and 17-year-olds are affected by life-and-death issues that impact their future…. “Sixteen-year-olds are subject to our criminal justice system. They are couch surfing with friends while their families experience homelessness and they’re begging us to take action to protect their future.”

“It’s time to lower the voting age in Oregon and to give our young people a chance to participate in the ballot, about their decisions that affect their homes, their clean air, their future, their schools and as we’ve seen, their very lives,” Fagan said.

Fagan, with the help of the advocacy group the Bus Project, is proposing the change in voting age.  The Bus Project is a nonprofit organization that engages young people in progressive (liberal) politics and promotes progressive issues by encouraging volunteer civic activism in Oregon.

“16-year-olds [in Oregon] are too young to enlist in the military, too young to own firearms, too young to own property, too young to enter into legal contracts, and too young to get married. But they are old enough to vote? People are not legally considered adults in this country until they are 18 years old, and I believe they shouldn’t be able to vote until then either,” he said in a statement Tuesday. “This is nothing more than an attempt [by Democrats] to expand the voter rolls to sway elections.”

Thirteen other states, including Washington, have introduced bills since 2003 to lower the voting age [most likely all by Democrats], some for just school board elections and some for all state elections.

There also have been efforts on the local level for city elections. Two Maryland cities, Takoma Park and Hayattesville, have lowered their voting age with a city council vote.

The 26th Amendment guarantees citizens 18 and older the right to vote, but it does not prohibit states from setting a lower age.

Fourteen states, including Oregon, currently allow people to preregister for voting when they are 16.

Turnout among young voters (ages 18 to 29) is consistently lower than other age groups, according to the National Conference of State Legislatures.

However, young voter turnout for the 2018 midterms was unusually high at 31%, and they overwhelmingly favored Democratic candidates, the Center for Information & Research on Civic Learning and Engagement found.

2. For what reasons does Democratic state Sen. Shemia Fagan say the voting age should be lowered to 16?

3. For what reasons does Oregon Senate Republican leader Herman Baertschiger oppose lowering the voting age to 16?

7. a) What do you think: is lowering the voting age to 16 is a good idea? Explain your answer.
b)  At what age do you think a person should be considered an adult, including all responsibilities and accountabilities of an adult?  (drinking, marriage, owning a home/mortgage, being tried as an adult for a crime, etc.)
c) Ask a parent and a grandparent the same questions. Discuss your answers.