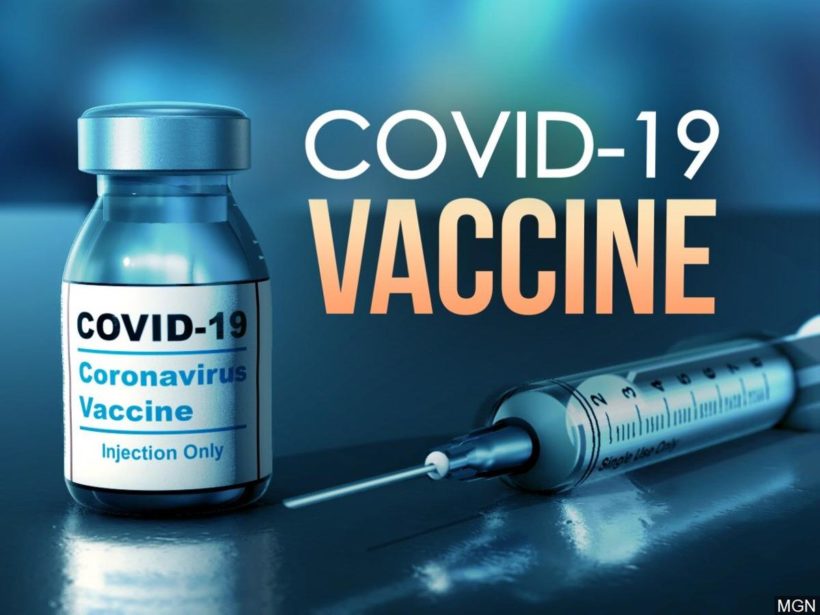 (by Jackie Salo, New York Post) – With several potential COVID-19 vaccines in their final phase of study, the anticipation is building about when one could be approved and available.

Several frontrunners, including candidates from Moderna, Pfizer, AstraZeneca and Johnson & Johnson, are currently undergoing large-scale human trials with tens of thousands of subjects.

Health officials have been unable to say with certainty when the country could see a vaccine, though some have suggested it’s possible one could be ready by the end of the year.

But when the doses could become available to the public will hinge on approval from the Food and Drug Administration (FDA).

Here are some of the vaccines that could soon be ready to evaluated by the FDA and what that process would look like:

These are some of the vaccines candidates making the most progress so far:

Moderna began Phase 3 of its trial on July 27, and then enrolled about 15,000 participants a month later.

The trial is designed for people to receive a second shot either three or four weeks later.

Moderna president Stephen Hoge said earlier this month that over 25,000 of the 30,000 planned participants have enrolled in the trial, CBS News reported.

But with two months of follow-ups factored into the study, it’s unlikely the company would have enough data before November.

Pfizer entered Phase 3 of trials on the same day as Moderna and has followed a nearly identical timeline.

The company announced earlier this month that it would expand its study from 30,000 to 44,000 people to include teenagers, as well as people with diseases such as HIV and hepatitis A, B or C.

But CEO Albert Bourla said the expansion occurred because the vaccine appeared extremely safe, and it’s not expected to impact the timeline for completion.

A report on the safety and effectiveness should available for regulators by the end of October.

Bourla said the company has already begun to manufacture doses so the vaccine “will be ready” once it gets approved by the FDA, USA Today reported.

AstraZeneca temporarily halted its global trial that it was running with Oxford University earlier this month after one participant suffered what may have been a serious adverse reaction.

The company resumed testing days later at other international sites, but the study remains on hold in the US as regulators probe safety concerns.

Johnson & Johnson began administering doses last week to up to 60,000 candidates in what’s expected to be the largest US trial.

Though the final-stage trials come months after competitors, the vaccine would only require one dose as opposed to two.

If enrollment goes as expected, results could come from the trial as soon as the end of the year, allowing the company to seek approval early next year, the company said.

When will a COVID-19 vaccine be ready in the US?

Though no one can say for sure, the Trump administration and leading health officials have offered their predictions on the vaccine’s timeline.

President Trump has said that a successful candidate could be ready as soon as October, saying that Americans “could have a very big surprise coming up.”

“This could have taken two or three years. And instead, it’s going to be done in a very short period of time. Could even have it during the month of October,” Trump said at a Sept. 7 press conference. 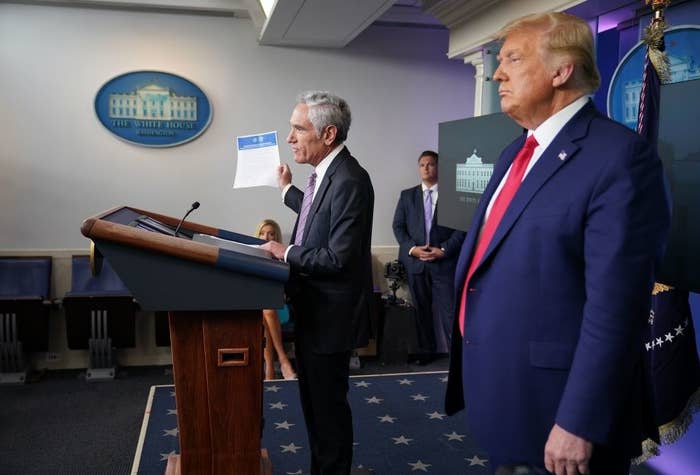 But Dr. Anthony Fauci, director of the National Institute of Allergy and Infectious Diseases, said he thinks it’s more likely to see a COVID-19 vaccine being proven safe and effective by November or December.

“I would still put my money on November/December,” Fauci said at a panel earlier this month.

The Centers for Disease Control and Prevention has told state governors and health officials to be ready to distribute a possible coronavirus vaccine by Nov. 1.

If and when a company believes it has a successful candidate, it will then submit its data to the Food and Drug Administration.

The FDA has said the Phase 3 trial should show at least 50 percent protection, meaning that it was effective with at least half of the participants.

Any COVID-19 vaccine would then likely be evaluated for safety and effectiveness under an emergency use authorization, otherwise the process could take years.

Though even under the expedited process, reviewing the data typically takes up to a year, Strat News reported. Under faster cases, it has taken anywhere from three to six months.

If this is the case, a vaccine would not be ready until next year.

The FDA will still continue to collect information from the companies producing the vaccines during the emergency use authorization process. This data will look for any vaccine-related respiratory disease or potentially rare complications.

The agency also has vowed to take any data to its panel of outside advisers, known as the Vaccine and Related Biological Products Advisory Committee, before approving any of the candidates.

FDA officials, however, are reportedly also weighing new rules for EUA (Emergency Use Authorization) approval that would raise the bar — but could increase public confidence that any greenlit vaccine will be safe and effective to use.

1. List the 4 companies (3 American and 1 British) that are in the final phase of study on coronavirus vaccines.

2. After a company has concluded trials and determined a vaccine is ready, what needs to happen for it to be made available to the public?

3. a) How many participants have enrolled in Moderna’s trial?
b) Moderna began its trial on July 27. Why is it unlikely that the company will have solid data before November?

4. a) How many and from what groups is Pfizer using in its Phase 3 study?
b) Why did Pfizer increase the number of participants in its trial?

5. Why is AstraZeneca’s trial in the U.S. on hold despite having resumed in other countries?

6. a) How many participants are taking part in the Johnson & Johnson trial?
b) What is different about the J&J vaccine?

7. Under the Trump administration’s Operation Warp Speed, President Trump asked the U.S. Department of Health and Human Services (HHS) and Department of Defense (DoD) to enter into an agreement with Moderna to manufacture and deliver 100 million doses of the company’s COVID-19 vaccine candidate. The federal government will then own these vaccine doses.

The Trump administration has also entered an agreement wtih Sanofi and GlaxoSmithKline up to $2.1 billion to develop and deliver 100 million doses of their potential coronavirus vaccine.

The Trump administration has invested more than $10 billion in developing eight different COVID-19 vaccines, with much of that money pre-purchasing hundreds of millions of doses so they will be ready for distribution if an FDA approval comes through.

What do you think of the idea of this pre-emptive action? — Buying several companies’ vaccines in the hope/expectation that one will be determined by the FDA to be effective and safe, therefore being ready to distribute much more quickly, as opposed to waiting for a vaccine that has been approved, then ordering and waiting for it to be produced? Explain your answer.

8. Would you get a vaccine as soon as it is made available? Why or why not? — Ask several friends and family members the same question.

Read about each companies’ vaccine:

Watch a video from Moderna: