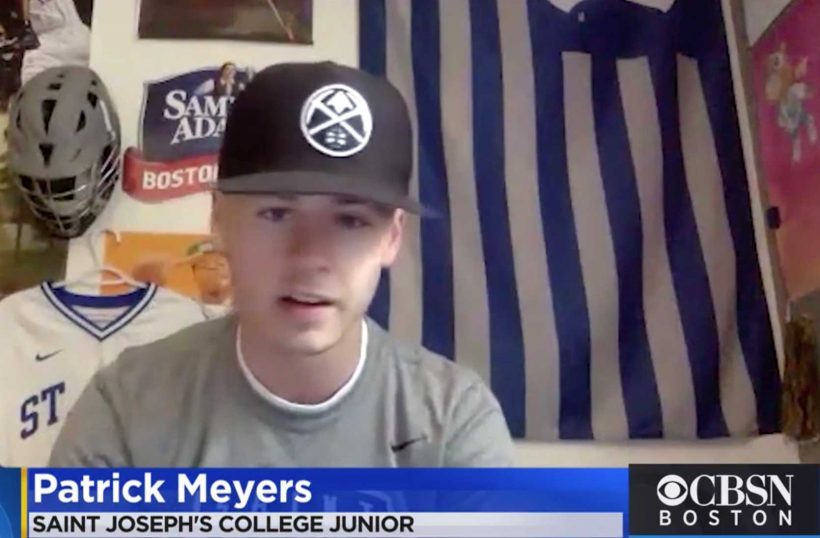 Junior Patrick Meyers said he was outside enjoying the nice weather on Sunday when he was approached by campus police.

“He kind of saw me walking without a mask on. I had it below my nose and rolled right around to me said, ‘Hate to do this to you, but I have to give you a $50 fine for not wearing your mask,’” Meyers said.

The private college is making no apologies for its tough face mask policies.

“We are using all of the tools at our disposal to try to keep COVID off campus,” Saint Joseph’s College Associate Vice President and Chief Brand and Marketing Officer Oliver Griswold said.

The college has issued 21 tickets in two weeks, saying students deserve in-person learning after a previous shutdown last semester when students had to study-in-place in their dorm rooms for two weeks [after several students got COVID].

School officials said they are committed to keeping students safe.

“I obviously get the whole mask thing. I’m not an anti-masker but it was definitely just a little startling to be fined for walking by myself outside,” Meyers said.

Meyers’ roommate, said he has not been ticketed but thinks the school is overstepping.

“I know that there has to be consequences, but I don’t think that they’re going about it the right way,” student Pat Limerick said.

Griswold said students were given plenty of warning about the fine. Saint Joseph’s College appears to be the first Maine college to institute this type of policy.

“Every college in Maine is a little bit different,” Griswold said. “We have a lot of commuter students and some of those colleges don’t have that.”

“I’ve never been written up before. I’ve been wearing my mask all year. Never gotten a warning and to get struck down with a $50 fine like that was pretty brutal,” Meyers said.

Meyers said he will use this incident as a learning experience moving forward.

Published at wmtw .com. Reprinted here for educational purposes only. May not be reproduced on other websites without permission.

2. How many tickets have campus police given out so far?

3. Why do college officials say they are fining students?

4. a) Where was Patric Meyers when he was given a ticket? Where was his mask?
b) Do you think Meyers should have been issued the fine? Explain your answer.

5. Tuition plus room and board is approximately $50,000 a year at St. Joseph’s. Do you agree with the college’s decision to fine students for a mask “infringement”? Explain your answer.

6. Should a student be issued a warning the first time they are caught not wearing a mask? or, depending on the circumstances (e.g. walking alone outside?) Explain your answer.

7. Do you know any students currently in college? Ask what their colleges policy is on masks.