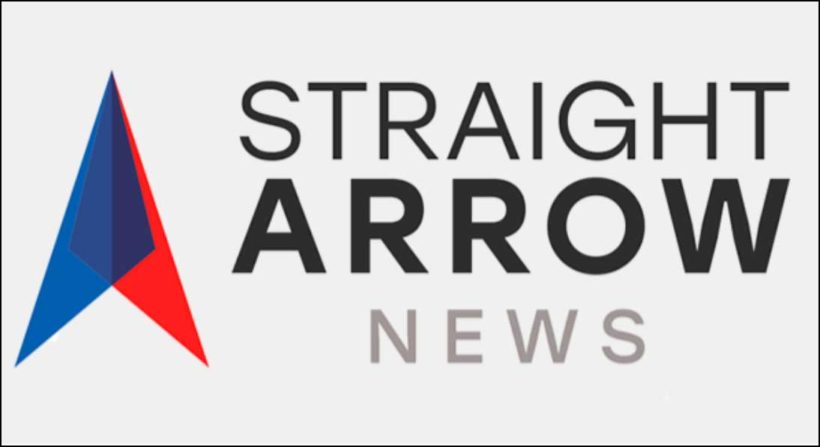 (by Paul Hammel, Omaha World-Herald) LINCOLN — Billionaire businessman and philanthropist Joe Ricketts is preparing another venture into the news business, and he’s chosen Omaha as his launching pad.

Ricketts is hiring staff to launch an online national news outlet called Straight Arrow News that he said will do what other outlets aren’t doing — providing news without a political slant.

“I think there’s a gap in the market — there’s no source for unbiased, fact-based news. And I believe there’s a business opportunity there,” he said.

“Some people say you can’t have unbiased news. I want to prove them wrong with Straight Arrow News,” he said.

“[The name speaks to the company’s mission of being a trustworthy source of news and information – a straight arrow that hits the bullseye,” Joe Ricketts said through a spokesperson].

In the past few weeks, online job advertisements have been posted for a video editor, senior producer, news reporter, and motion graphics designer/producer for Straightarrownews.com. The ads say the endeavor will be “dedicated to unbiased, nonpartisan reporting” and is projected to start in February.

…Ricketts is the founder of TD Ameritrade. His family also owns the Chicago Cubs. … Ricketts has said no other members of his family will be involved in the news outlet.  His children include the Republican governor of Nebraska Pete Ricketts; his daughter Laura was a major bundler [fundraiser] for Democratic President Obama.

This won’t be the first foray into journalism for Joe Ricketts, a leading funder of national conservative causes who is based in Wyoming.

In 2009, he launched DNAinfo, a news website devoted to local news in New York City and Chicago. He bought another New York-based news site, Gothamist, in 2017, then merged the two.

The news operation was said to have 9 million readers a month before Ricketts abruptly shut it down in November 2017 after staffers voted to form a union. He had written a blog months earlier saying unions create “a corrosive us-against-them dynamic” that harms business success. There were also reports that the news services were unprofitable.

Ricketts, in response to emailed questions last week, said he plans Straight Arrow to be a “sustainable company” that generates profit.

“I’ve built my career on the idea that a good business is one that serves an unmet customer need,” he said. “The market (now) is only giving them polarized, opinionated coverage.”

He declined to say how large of a staff he is hiring or when exactly the service will launch, but he said Straight Arrow would initially focus on national news.

Modern technology, Ricketts said, allows such an operation to be based anywhere there’s talent. And, he said, “there’s no place with more talented people than Omaha.”

But he added that he’s still assembling a staff, who could come from anywhere. …..

Ricketts expressed confidence and said he will be building in “safeguards” so that his startup will truly deliver news without bias or political spin.

“When Straight Arrow News is live, I think people will see there is an approach to news — news without bias — that is going to feel like a breath of fresh air,” he said.

Published at omaha .com. Reprinted here for educational purposes only. May not be reproduced on other websites without permission from Omaha World-Herald.

2. What is Mr. Ricketts’ aim for Straight Arrow News?

3. For what reason is Joe Ricketts starting this news outlet?

4. What is the significance of the name Straight Arrow News?

5. Mr. Ricketts’ former news ventures DNAInfo and Gothamist were said to be unprofitable. How/why will this be different?

6. How does Mr. Ricketts plan to produce news without bias?

7. a) Do you think Straight Arrow News will be a success (truly unbiased and profitable)? Explain your answer.
b) Ask a parent the same question.