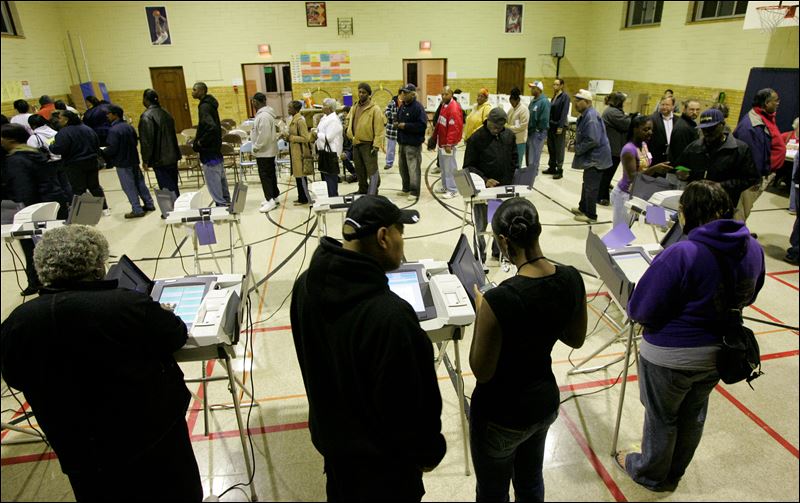 (by Max Greenwood, The Hill) – A federal appeals court in New Orleans on Tuesday gave Texas its approval to use a revised version of the state’s voter identification law during its November election, Politico reported.

A panel of the 5th Circuit Court of Appeals in New Orleans voted 2-1 Tuesday to stay a lower judge’s ruling, which blocked the state from enforcing a…voter ID measure, known as Senate Bill 5 (S.B. 5).

U.S. District Judge Nelva Gonzales Ramos ruled last month that the voter identification measure was enacted with the intent to discriminate against black and Hispanic voters.

S.B. 5 was passed by the Texas legislature earlier this year in response to a court ruling that the state’s original measure, Senate Bill 14, was too restrictive and racially motivated. That law requires registered voters to present one of seven forms of government-issued photo ID in order to cast a ballot.

S.B. 5, however, created alternatives for voters who said they could not “reasonably” obtain one of the forms of ID outlined in the initial bill.

The judges on Tuesday said that Ramos had failed to consider S.B. 5 in light of whether it fixed the problems with S.B. 14, as the 5th Circuit had ordered in an earlier ruling.

“The State has made a strong showing that it is likely to succeed on the merits. S.B. 5 allows voters without qualifying photo ID to cast regular ballots by executing a declaration that they face a reasonable impediment to obtaining qualifying photo ID,” Judges Jerry Smith and Jennifer Elrod wrote on Tuesday in the joint order provided by Politico.

“The State has made a strong showing that this reasonable-impediment procedure remedies plaintiffs’ alleged harm and thus forecloses plaintiffs’ injunctive relief.”

3. a) For what reason did the Texas legislature replace SB 14 with SB 5?
b) How does SB 5 remedy the problem the court had with SB 14?

4. How did the judges from the 5th Circuit Court of Appeals explain their ruling on Tuesday?

5. a) Do you think Texas has made a reasonable accommodation for voters to obtain ID in the revised SB 5? Explain your answer.

b) Republicans say voter identification is necessary to prevent voter fraud. They present statistics showing that people who are deceased have voted, that people with fake names vote, that people vote in two different locations and that in various locations, more people vote than are eligible to vote in that district. (See “Background” below)
Democrats say identification should not be required to vote because it causes voter disenfranchisement (voter suppression). In other words, Democrats say that requiring a citizen to show identification when voting unfairly prevents minorities from voting as they are unable to obtain a valid identification and/or will be intimidated into not voting. They say that requiring citizens to show proof of identity prohibits people who don’t have a driver’s license, passport, or other photo ID, from voting. They also point to the fact of voter intimidation/suppression in the South in the century after the Civil War.
Read the Texas voter law provisions and “How to obtain a voter ID card in Texas”
With whom do you agree? Explain your answer.

7. a) Do you think voter ID laws will improve or harm the integrity of elections? Explain your answer.
b) Voter ID requirements are not uncommon. Currently 33 US states enforce identification rules before allowing citizens to vote in person and that number is continuing to rise. Do you think all states should implement ID requirements for voters? Explain your answer.

“At least 3.5 million more people are on U.S. election rolls than are eligible to vote.

My tabulation of Judicial Watch’s state-by-state results yielded 462 counties where the registration rate exceeded 100 percent. There were 3,551,760 more people registered to vote than adult U.S. citizens who inhabit these counties.”  (Aug. 11, 2017 by Deroy Murdock at NR)

With the exception of the U.S. citizenship certificate, the identification must be current or have expired no more than 4 years before being presented for voter qualification at the polling place.

Here is a list of the supporting forms of ID that can be presented if the voter does not possess one of the forms of acceptable photo ID and cannot obtain one due to a reasonable impediment:

After presenting a supporting form of ID, the voter must execute a Reasonable Impediment Declaration.