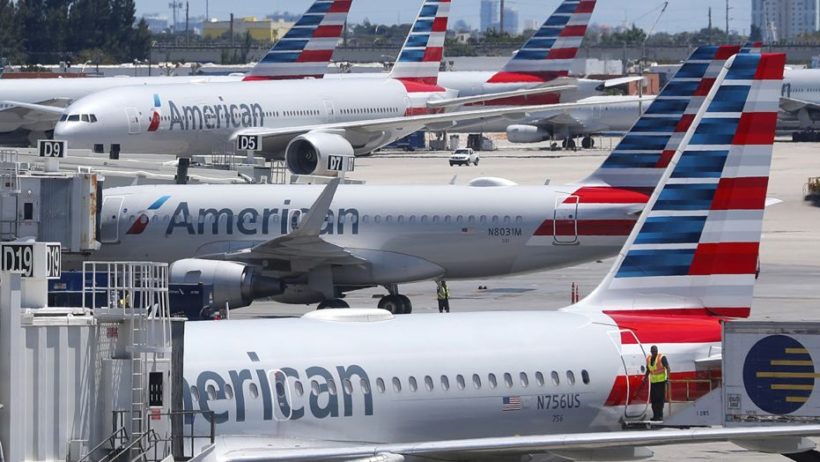 (by Louis Casiano, Fox News) – A federal judge on Wednesday denied bail to a former American Airlines mechanic accused of sabotaging a jetliner in July over possible links to the Islamic State (ISIS).

Prosecutors presented evidence that Alani  — a naturalized American citizen from Iraq — has a brother with possible ties to ISIS and a history of statements wishing harm to non-Muslims.

They said he recently sent $700 to someone in Iraq and has videos on his cellphone depicting murders committed by ISIS militants. He also failed to disclose to arresting authorities that he traveled to Iraq in March.

“You may be very sympathetic to terrorists,” McAliley told Alani at the hearing. “That’s very disconcerting.”

The judge said that Alani’s ability to travel abroad factored into her decision, and that “it is likely you will be convicted.”

Alani, 60, worked as a mechanic for the American when he allegedly sabotaged a Nassau-bound Boeing 737 with 150 passengers and crew aboard at Miami International Airport over [what he claimed was anger at] stalled labor negotiations. [The incident occurred before the plane was scheduled to fly from Miami to Nassau. As the pilots powered up the plane at Miami International Airport, they saw an error message for a system that tracks speed, nose direction and other critical flight information and aborted the takeoff.]

He allegedly told investigators the labor dispute between the mechanics union and the airline had a negative financial impact on him. [Alani said he tampered with the plane “to cause a delay or have the flight canceled in anticipation of obtaining overtime work,” Jose A. Ruiz, a federal air marshal who serves on an FBI terrorism task force wrote.]

Prosecutors said Alani glued styrofoam inside the nose of the aircraft that disabled a part used to gauge airspeed and other critical flight data. Pilots detected the issue before takeoff, and the plane was taken to another part of the airport for an inspection. That’s when the problem was discovered.

Airport surveillance captured Alani working on the plane’s nose. He was identified by co-workers.

Alani’s public defender argued his client is an experienced mechanic who knew the alleged sabotage would result in the plane being grounded.

“We don’t think they are going to be able to prove he intentionally put people in danger,” said attorney Christian Dunham. “The plane would have been fine to fly.”

Alani was fired after the incident and the Federal Aviation Administration revoked his aircraft mechanic certificate. He is expected to enter a plea Friday.

[In a statement, American Airlines said it cooperated fully with the investigation “and we are taking this matter very seriously.” The Fort Worth, Texas-based airline said the plane was taken out of service after the July incident and repaired and inspected before it was allowed to fly again.

Following his arrest last Thursday, Alani was brought to court where he spoke to Magistrate Judge John O’Sullivan through an Arabic interpreter. The judge appointed a public defender and scheduled the bond Wednesday hearing and then an arraignment hearing for Sept. 20.  According to American Airlines, Alani is proficient in English.]

2. What charges have been brought against Abdul-Majeed Marouf Ahmed Alani?

3. For what reason did the U.S. Magistrate Judge deny bail to to former American Airlines mechanic Abdul Alani? Be specific.

4. a) What evidence did prosecutors present to the judge?
b) What did Abdul Alani claim was his reason for sabotaging the plane?

5. What actions did Alani take that led to his arrest? What actually occurred prior to takeoff of the Boeing 737?

6. What reason did Alani give investigators for sabotaging the airplane just before takeoff?

What do you think should be done to ensure Islamic terrorists (or terrorist “sympathizers”) don’t have authorized access to U.S. airplanes? (What type of screening should workers in sensitive areas be required to have before being hired?)

8. Another reader asked, “How many other airplane mechanics, TSA agents, etc. are ISIS sympathizers? They should all be screened out, fired [and put on a terrorist watchlist].”
Is this a feasible suggestion? Explain your answer.

According to the criminal complaint filed against Alini, he allegedly drove an airline pickup truck to an aircraft slated to take off in just a few minutes to the Bahamas on the morning of July 17 at Miami International Airport. The plane had 150 passengers and crew on board, court documents say.

While still on the runway, the pilots were alerted something was wrong with the plane, aborted takeoff and returned back to the gate. It was then, court documents say, other American Airlines mechanics found the parts were disconnected and “appeared to have been deliberately obstructed with what appeared to be a dark Styrofoam-type material.”

American Airlines security notified the FBI after reviewing security camera footage from the day, court documents say. Authorities say the footage shows Alani allegedly accessing the part of the aircraft where the tampered parts are located for seven minutes, and the complaint notes that there was no report of a previous mechanical issue or work order of the aircraft.

Three other people who were seen on the surveillance footage getting into the truck with Alani were interviewed by law enforcement and identified Alani, documents say.

When he was interviewed by law enforcement, court documents say, he admitted that he was driving the truck and allegedly tried to sabotage the aircraft, but said he didn’t mean to cause any harm to those on board.

“He further admitted that he inserted a piece of foam into the ADM’s (aircraft’s) inlet where the connects and that he applied [Super Glue] to the foam so as to prevent the foam from coming off,” court documents say.

The FAA issued an emergency order Monday revoking the mechanic certificate for Abdul-Majeed Marouf Ahmed Alani, according to a FAA spokesperson. The revocation was effective immediately and generally lasts for one year.

Alani also made mistakes when he worked for Alaska Airlines, according to a lawsuit Alani filed for discrimination against the airline after his firing. [Alani, who was born in Iraq and became a U.S. citizen in 1992, sued Alaska Airlines for discrimination based on national origin. A judge dismissed the lawsuit for lack of evidence.] The complaint mentioned Alani’s certificate was suspended by the FAA for a month in March 2009 after Alani was accused of erroneously installing an unserviceable battery in an aircraft.

The government said in court Wednesday, according to ABC News affiliate WPLG, that investigators found an ISIS propaganda video he had downloaded on his cellphone showing graphic murders by ISIS terrorists and then shared it with another person along with a message that said something similar to “Allah, we ask you to use all your might and power against the Kafir.”

Kafir is another word for “infidel” or non-believer — prosecutors at this time, however are not charging Alani with any terrorism-related crime.

According to WPLG, prosecutors in court said another American Airlines employee came forward to say that Alani also had taken a trip to Baghdad and Mosul to visit his brother, who allegedly is in ISIS.

Alani’s roommate said that trip was because Alani’s brother had been kidnapped, but photos from the trip on his phone show him smiling and posing with family members, and he does not appear to be in distress, prosecutors say.

Judge Chris McAliley, said “What you did was at minimum highly reckless, it was unconscionable,” and she said the evidence before her suggest he may be at least sympathetic toward terrorists.

[Alani wore shackles and tan jail clothes as he spoke to Magistrate Judge John O’Sullivan through an Arabic interpreter. Mostly, he answered basic questions about his assets and whether he could afford a lawyer. The judge appointed a public defender and scheduled a bond hearing for next Wednesday and an arraignment hearing on Sept. 20.

According to American, Alani is proficient in English.]

From a report by Luke Barr and Michelle Stoddart, ABC News, Sept. 18, 2109. ABC News’ Christine Theodorou contributed to this report.