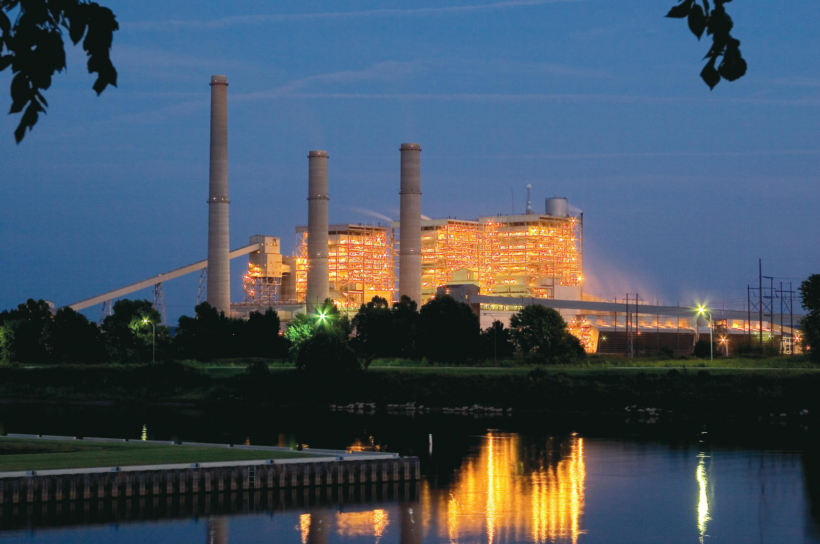 (by Timothy Cama, The Hill) – A coalition of 24 states and a coal mining company filed lawsuits Friday to challenge the most significant piece of President Obama’s environmental agenda, his signature climate change rule for power plants, which seek to reduce carbon output from hundreds of power plants across the nation.

The litigants accuse the Environmental Protection Agency (EPA) of going far beyond the authority Congress granted to it by ordering a significant transformation of states’ electricity generation, moving away from fossil fuels like coal and toward lower-carbon sources like wind and solar power.

They are asking the Court of Appeals for the District of Columbia Circuit to overturn the rule. They also want the court to immediately stop its implementation while it works its way through the courts. [Many of the states and politicians leading the legal and political challenges, including West Virginia and Kentucky, depend heavily on coal for their economies and electricity.]

West Virginia Attorney General Patrick Morrisey (R), who is leading the legal fight against the plan, called it “the single most onerous and illegal regulations that we’ve seen coming out of D.C. in a long time.”

On a call with reporters, Morrisey repeated the arguments against the rule:

“EPA’s rule is flatly illegal and one of the most aggressive executive branch power grabs we’ve seen in a long time,” Attorney General Morrisey said. “The EPA cannot do what it intends to do legally.”

Morrissey said he wants the court to rule on a stay “as soon as possible.” He noted it took a federal judge about a month to delay an EPA water regulation earlier this month, and said that could be a “guidepost” for how long litigation might take.

President Obama’s proposed climate rule, named the Clean Power Plan, seeks a 32 percent cut in the power sector’s carbon emissions by 2030, compared with 2005 levels. Each state has been assigned a specific emissions goal based on its unique circumstances, with flexibility in how the goals are met. …

The EPA said its rule is legal and will pass all court challenges.

“The Clean Power Plan has strong scientific and legal foundations, provides states with broad flexibilities to design and implement plans, and is clearly within EPA’s authority under the Clean Air Act,” EPA Administrator Gina McCarthy said in a Friday statement.

“We are confident we will again prevail against these challenges and will be able to work with states to successfully implement these first-ever national standards to limit carbon pollution the largest source of carbon emissions in the United States,” she said. …

Friday was also the first day lawmakers we able to file challenges under the Congressional Review Act, which allows Congress to quickly overturn federal government regulations.

[Challengers are expected to focus on whether the EPA exceeded its powers by pushing utilities to shift to cleaner forms of energy instead of just focusing on emissions controls at fossil-fuel-fired power plants.]

In the House, Rep. Ed Whitfield (R-Ky.) will introduce the resolutions.

Devin Henry contributed to this report. Reprinted here for educational purposes only. May not be reproduced on other websites without permission from The Hill. Visit the website at thehill .com.

2. For what reasons are 24 states suing the EPA on President Obama’s new rule for power plants in every state?

3. What are the states (led by West Virginia) asking the U.S. Court of Appeals to do?

5. What specifically does President Obama want to do through the controversial new EPA Clean Power Plan rule?

6. How does the EPA defend its new rule?

7. a) List the states joining West Virginia in opposing the onerous new regulations.
b) Ask a parent if he/she thinks your state should take part in opposing the drastic cuts in coal use and to explain why or why not. (After reading this article and Attorney General Morrisey’s explanation and the EPA’s defense, does he/she think the rules are onerous?)

8. Coal is the cheapest, most abundant and reliable source of energy currently. Many EPA laws require coal power plants to use “clean coal.” For those who believe coal is causing catastrophic global warming, would requiring power plants to use clean coal technology be unreasonable? The U.S., Europe and Japan may debate the merits of coal versus nuclear, natural gas, wind and other cleaner fuels, but for developing countries that have considerably less income and wealth to pay for power projects, those more-expensive sources of power are rarely realistic alternatives. For this vast swath of humanity, coal remains the main or only alternative to improve their lives with a reliable energy source. (from a commentary on coal at studentnewsdaily.com)

View a chart: Sources of Energy in the U.S.