Student changes his personal pronoun to ‘His Majesty’ 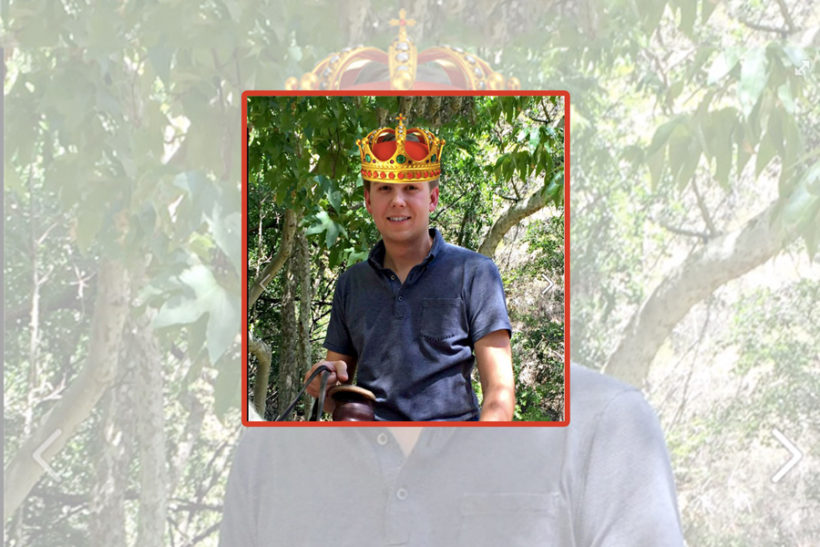 (RT News) – On September 27, top administrators at the University of Michigan Ann Arbor announced a new campus-wide policy that allows students to select their own “designated personal pronoun,” informing the campus community they are expected to adhere to those preferences.

One student adopted the moniker “His Majesty” [in choosing his] own personal pronoun.

The student’s revolt came after UM administrators sent a campus-wide policy change on email to foster inclusiveness. Under the new policy, students could designate their own pronoun, such as “he, she, him, his, ze,” which would be reflected on the school rosters that are accessed through the computer program, Wolverine Access.

The policy requires professors to call students by their personally designated pronoun, even if it has no basis in their biological sex.

“If you make a mistake or use the wrong pronoun, you can acknowledge that you made a mistake, and use the correct pronounce next time,” said the email.

Students also can expect fines if they don’t use the pronoun of choice.

Taking the lead, UM student Grant Strobl responded to the email by issuing his own edict:

“So, I henceforth shall be referred to as: His Majesty, Grant Strobl. I encourage all U-M students to go onto Wolverine Access, and insert the identity of their dreams.”

When asked about his subversion of the campus-wide policy, Strobl told The College Fix,

“I have no problem with students asking to be identified a certain way, almost like someone named Richard who would like to be called Dick. It is respectful to make a reasonable effort to refer to students in the way that they prefer.”

But Strobl said he did have a problem when the university institutionalized the use of pronouns that were completely arbitrary and may lead to possible sanctions against people.

The college newspaper suggested students take to social media to file their new pronouns, under the hashtag #UMPronounChallenge.

There were lots of ‘Overlord’ and an ‘Illustrious Potentate’.

Indian man bitten by python whilst posing for selfie

(Reuters) – The incident took place on Friday (September 23) after forest department officials removed a python from the premises of a school in India’s northwestern Rajasthan state. They were posing for pictures with it after successfully capturing it.

Deputy Conservator of Forests, K.G.Shrivastav, said the incident was unexpected as all officers were highly trained. “I wanted the snake to be released in my presence, but the officials released it before I could reach the spot. I had no clue that civilians were also present at the spot and something could go wrong as all the officials are highly trained. Clicking selfies with the snake and releasing the photos publicly is an offense under the Wildlife Act and we will issue notice to all involved in this incident,” Shrivastav said.

The victim, Ashok Bishnoi, accepted the incident happened due to carelessness on his part.

“The moment I received the news I reached the location. I did not realize how close I was to the python and it attacked me. This is entirely my fault,” said the victim, Ashok Bishnoi.

Vishnoi added that the mishap happened in a short span of time in spite of the fact that the rescue officials had a strong grip on the reptile.

The snake was later released in a forest.