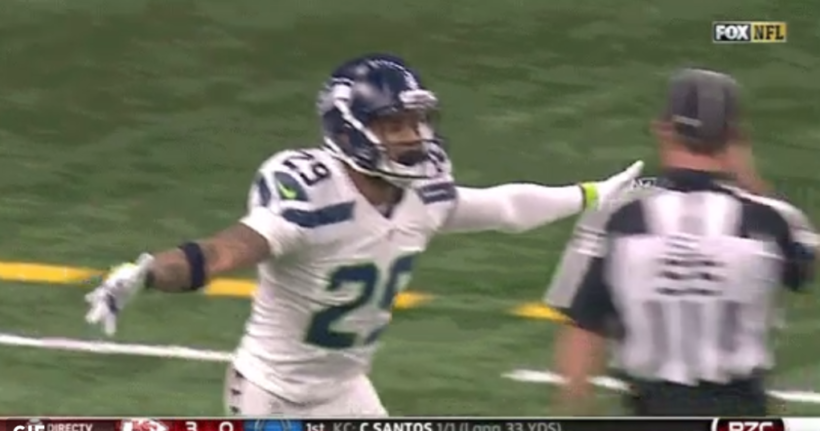 Holding? Illegal use of the hands? Excessive celebration?

None of the above. Thomas’s affectionate display was deemed a personal foul for unsportsmanlike conduct, and the Seahawks were penalized 15 yards on the ensuing kickoff against the New Orleans Saints.

The rules are clear: making contact with a referee is an automatic penalty – even when you’re just trying to provide emotional support.

Eagles players are exempt, of course, since Philadelphia is the City of Brotherly Love.

Watch a video of the play:

(Associated Press, Nov. 03, 2016) ORLANDO, FL — An 81-year-old woman is refusing to sell her Orlando townhome to one of the world’s largest timeshare companies. Construction of a timeshare resort goes on around the condo of Julieta Corredor, an 81-year-old widow who refused to sell her unit to one of the nations largest timeshare companies. (AP Photo/John Raoux)

Westgate Resorts has bulldozed the condominium development around it, leaving only Julieta Corredor’s townhome standing.

The company is building an eight-story, 80-unit timeshare tower about 12 feet from her 1,125-square-foot townhome.

Westgate says the Corredors hadn’t stepped foot in the condo for more than a decade and that it had mold and wood decay.

Westgate officials have made offers to compensate the Corredors, but they have rejected them.

If the Corredors continue to refuse to sell, they could join real estate “holdouts” like Edith Macefield, who prompted a developer in Seattle to build a five-story commercial development around her home. That house later was used in promotion for the Disney film “Up.”