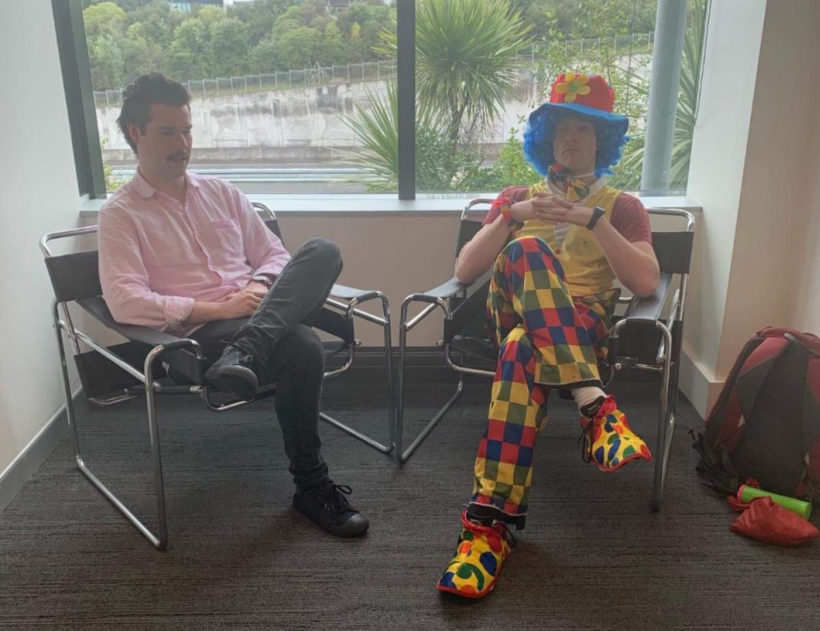 A New Zealand man facing the ax at work brought a support clown to his recent redundancy meeting — the $200 performer provided comedic relief as his bosses fired him.

Auckland ad man Joshua Jack said he sensed the bad news when he received an email from his agency employer telling him they needed to have a meeting to discuss his role this week.

“It did talk about being able to bring a support person,” Jack said of the email in an interview with local radio station Magic Talk on Friday.

“I thought, it’s either a promotion or worse. I thought it was best to bring in a professional — so I paid $200 and hired a clown.”

News of the support-clown stunt quickly proliferated when the New Zealand Herald published a picture of Jack having a serious meeting with the emotional-support clown and two employers seated across from him.

Jack did get fired in the end, but he said his bosses at the advertising agency FCB were grateful he decided to “spice up the meeting” and “could see the humorous side.”

The clown mimed crying as Jack’s employers slid the redundancy paperwork across the table and created a balloon unicorn and poodle to lighten the mood.

“They were getting a free service and also getting the entertainment from Joe the clown,” Jack said, but conceded the clown was a little distracting.

“It was sort of noisy, him making balloon animals, so we did have to tell him to be quiet from time-to-time.”

The clown thought it was a “touch unusual,” Jack said, but was “overall supportive” in the meeting.

“He was $200 so basically he was, I assume, one of the best clowns in Auckland,” Jack said. “I definitely recommend bringing Joe or another clown. Highly recommended.”

A proliferation of strange support animals in recent years — including a support peacock, duck and squirrel — have caused headaches for US airlines, but it is unclear where they stand on emotional-support clowns.