Lithuanian Man Gets Commercial Flight To Italy All To Himself 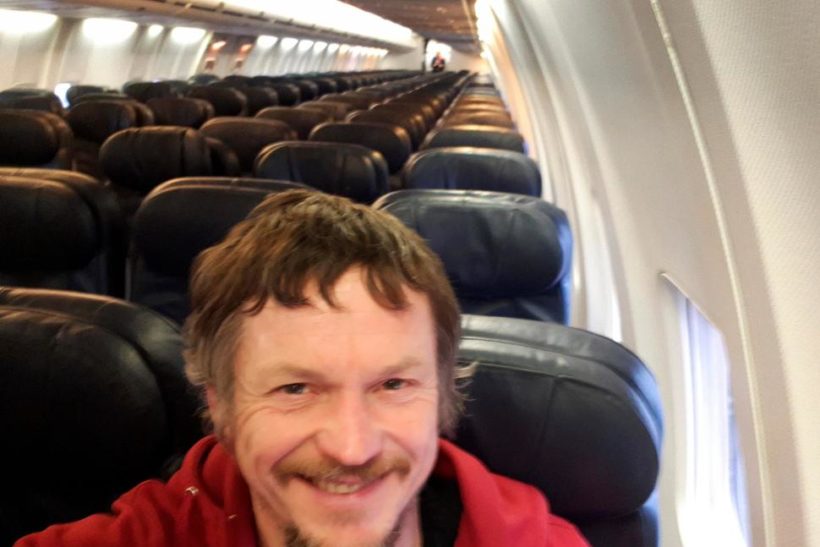 When Skirmantas Strimaitis booked a one-way ticket to northern Italy he never imagined he’d be the only passenger on board.

But Mr. Strimaitis, who was flying from Vilnius to Bergamo for a skiing trip on March 16, was in for a shock when he discovered he had the entire Boeing 737-800 to himself.

His only companions on board the plane, which has a seating capacity of 189, were two pilots and five crew members.

Strimaitis suspected something was amiss when he went to check in at Lithuania’s Vilnius International Airport and was told the crew were waiting for him.

After asking why, as he was by no means late, Strimaitis was informed that he was the sole passenger on board.

Tour operator Novaturas confirmed to CNN Travel they chartered a flight from Bergamo to Vilnius for a group of clients that day.

In order to avoid the aircraft coming back empty, one-way tickets were put on sale for the return trip. However, Strimaitis was the only person to buy one. Leading to what he describes as a “unique and unreal” experience.

“The crew seemed quite confused at first,” he tells CNN Travel. “Maybe it was a new experience for them as well.

“I was provided with a personal pre-flight safety demonstration. Then I just enjoyed the flight by taking selfies and writing. To have silence on a plane was very unusual. I was smiling all day.”

He shared a selfie of himself on board the deserted plane during the trip, which lasted around two hours.

Strimaitis says the pilot referred to him as “Mr Passenger” while speaking over the tannoy after the plane landed at Orio al Serio International Airport in Bergamo.

“The crew said how nice it was to have me on the board,” he explains. “I’m sure it was an easy job for them.”