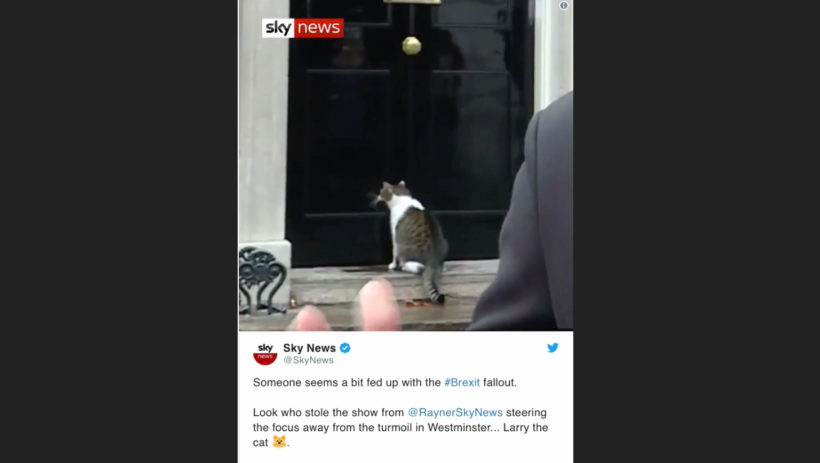 (By Ben Hooper, UPI, Nov. 20, 2018) — A reporter was delivering a live report about Brexit in front of the British prime minister’s residence when he was videobombed by a cat and a police officer.

Tom Rayner was delivering a Brexit report for Sky News in front of 10 Downing Street in London on Tuesday when Larry, the cat that famously resides in the location, approached the front door.

A police officer following Larry knocked on the door, causing someone inside to open the door and let the cat inside.

“Someone seems a bit fed up with the #Brexit fallout,” Sky News joked on Twitter. “Look who stole the show from @RaynerSkyNews steering the focus away from the turmoil in Westminster… Larry the cat.”

Watch the video from Sky News: