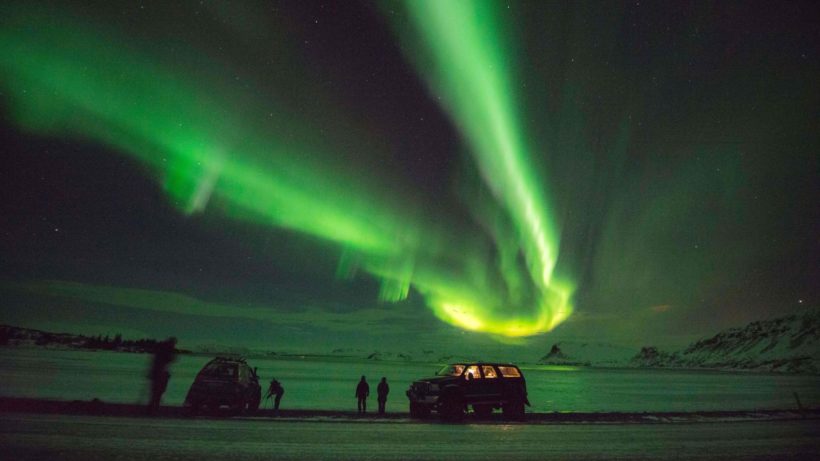 Seeing the natural phenomenon, also known as the aurora borealis, is on many people's "bucket list".

(by Kelly McLaughlin, Insider news) – Police in Iceland said that tourists are crashing their cars on the country’s windy roads because they’re distracted by the northern lights.

The roads in Iceland can be icy, windy and narrow, and some people are paying more attention to the sky than where they’re driving, Akureyri Police Superintendent Johannes Sigfusson told Sky News.

“Weather and road conditions are one thing but it also comes down to very problematic behavior with some tourist drivers,” Sigfusson said. “Like when hitting the brake on the middle of a road for a sudden photo opportunity, with little or no warning for following drivers. In the dark, when the Northern Lights are out, this is an even greater hazard.”

Half of the 18 people who died in traffic crashes in Iceland last year were foreign nationals.

In 2017, more foreigners than residents died in traffic accidents for the first time ever, according to the Associated Press.

“The weather in Iceland changes every five minutes, so to speak, and road conditions change accordingly,” Sigfusson said. “In a matter of minutes, a dry road can turn icy and slippery. The risk is compounded in the middle of the night, when an inexperienced driver is deprived of sleep and with one eye on the sky.”

The Northern Lights, or aurora borealis, occur when a magnetic solar wind collides with the Earth’s magnetic field, causing atoms in the upper atmosphere to glow, often streaks of green, purple or yellow.

Sightings of the Northern Lights often happen away from cities, where the sky isn’t clouded by pollution and lights.

Police said they have encountered sleep-deprived drivers looking for the lights, and many accidents occur when tourists hit their breaks quickly because of a Northern Lights sighting, causing the car behind them to rear-end them.

On top of that, Iceland’s road infrastructure is behind its tourism boom — with many narrow roads and one-lane bridges connecting towns and villages.

Places like Akureyri, the country’s capital, Reykjavik, and other tourism-heavy areas offer Northern Lights bus tours so tourists can rely on professionals to do the driving.