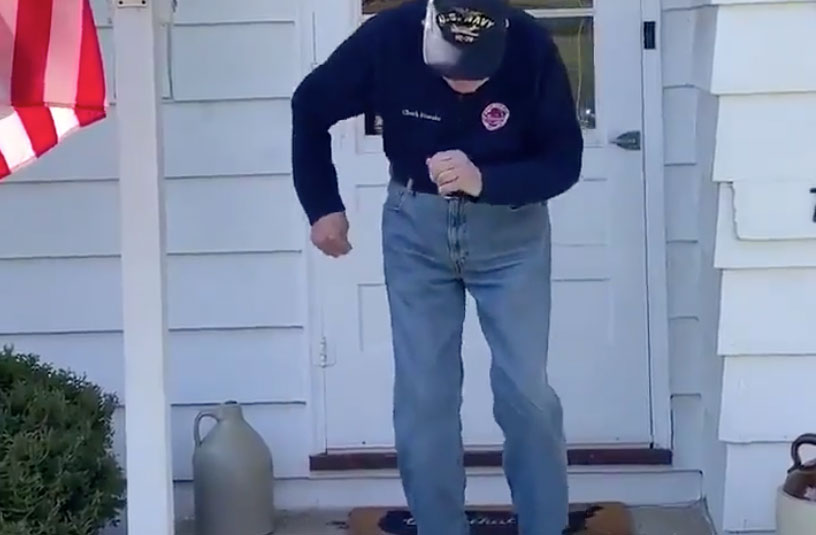 The adorable video warmed the hearts of a number of social media users, including Timberlake himself.

“This just made my day,” Timberlake, 39, commented.

Franzke has been using music to spread some cheer for quite some time now.

Back in 2017, Franzke made headlines after going viral for dancing to Christmas music.

“I don’t know, I just get up there and some music just starts playing and I just start bouncing around. When the music stops, I go back and sit down,” Franzke told the Milwaukee Journal Sentinel before breaking out in choreography to “Jingle Bells.”

Franzke’s wife Beverly opened up about her husband’s love of dancing in 2018 to CBS 58, saying, “He always was a pretty good dancer.”

Beverly and Franzke, who have been married for over 80 years, explained to the news outlet that they often dance together.

“We were big band fans,” Franzke told CBS 58. “I used to jitterbug when I was young. I can’t jitterbug today. My balance isn’t good. But I just like music and I like her too.”