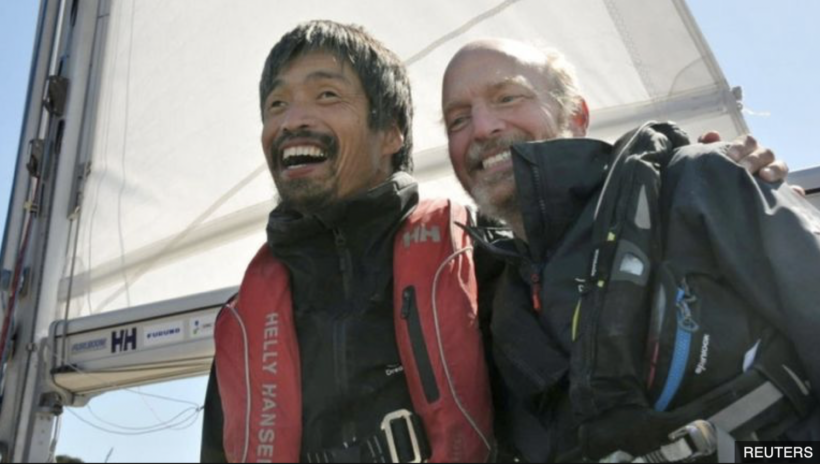 His 40 ft yacht made port in Fukushima on Saturday morning, ending his two-month trip.

He left California on February 24 with Doug Smith, an American navigator who assisted him.

His first attempt at the journey in 2013 ended in failure after his boat struck a whale and sank. He had to be rescued by the Japanese military.

Speaking at the port of Iwaki, he told Japan’s Kyodo News that completing the challenge on his second attempt was a “dream come true”.

“I’m the happiest person on earth,” he said, according to the news agency.

Mr Iwamoto, who lost his sight aged 16, steered the vessel while Mr Smith gave him verbal guidance, advising him on wind directions and potential hazards.

He is the first blind person to successfully sail across the Pacific without stopping, the Japan Blind Sailing Association says.

Determined to make the crossing second time around, Mr Iwamoto – a Japanese citizen who currently lives in San Diego – took part in triathlons.

“We undertake this voyage not only for personal accomplishment, but to send a message that anything is possible when people come together,” Iwamoto wrote on his website.

He and Mr Smith made the voyage to raise money for charity and for efforts to prevent diseases that cause blindness.