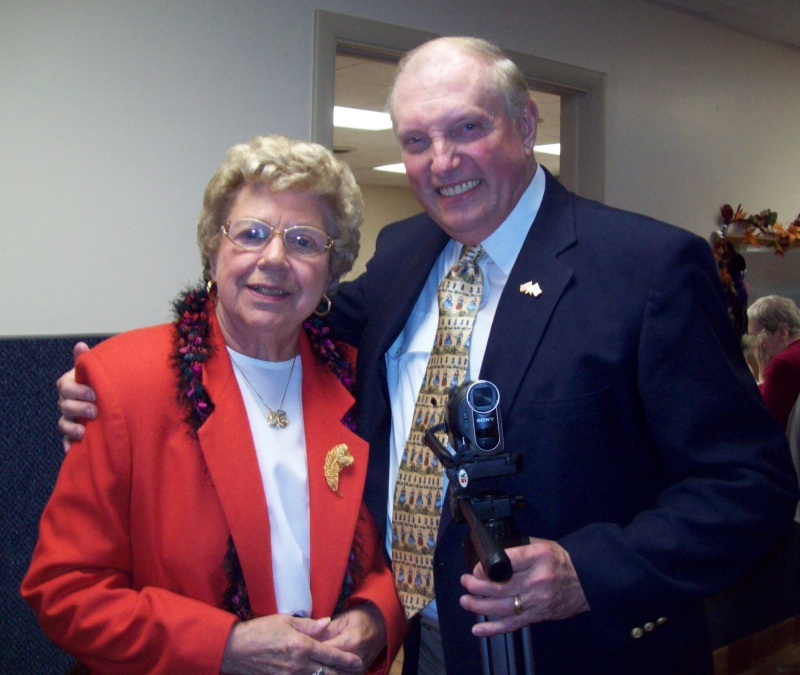 After 53 Years, Mr. Pellonpaa Is Finnished

After 53 years and more than 2,650 straight weekly episodes of hosting “Finland Calling,” Mr. Pellonpaa will cap a career that far outpaces David Letterman, Johnny Carson and “Saturday Night Live.” Some might say he is Finnished.

Mr. Pellonpaa isn’t some yokel with a program on public-access. In the sprawling tundra of Michigan’s Upper Peninsula, his Sunday morning show about music, history, politics, travel and anything else Finnish has built the one-time weatherman into a legend, stirring debate over whether he can be replaced.

Known as a land of “Yoopers” – often stereotyped as talking with a Scandinavian brogue and living on baked meat pies – Michigan’s U.P. is packed with ethnic Finns. And Mr. Pellonpaa is the link to their homeland, also hosting Finnish dance parties and leading dozens of trips to Finland (but not before pre-taping episodes to be aired in his absence).

“The guy’s an icon,” said Kim Parker, a marketing executive at the NBC affiliate, TV6, that airs “Finland Calling.” Mr. Parker worked on the show as a cameraman in the 1970s and says “for a while, people thought he owned the station because he was so ubiquitous.”

“Sunday mornings will never be the same,” Todd Axford, a 52-year-old who grew up watching “Finland Calling,” said while tending bar at the local Elks Lodge at one of Mr. Pellonpaa’s dance parties. The TV show, aired since 1962 and translated as “Suomi Kutsuu” in Finnish, was always on “whether you wanted it or not.”

Over the years, guests included two presidents and a prime minister of Finland, as well as entertainers, choirs, teachers and students. “It’s always been understood that if anyone has a relative visiting from Finland they are to call me and set up a show date,” Mr. Pellonpaa says. In addition, the show featured clips of Finnish folk groups, polkas, waltzes, tangos and schottisches.

At 84, Mr. Pellonpaa says he is feeling his age and needs to focus on what matters most. His wife, Doris, has helped keep the TV star’s head on straight for decades, but now has sore knees and shoulders. The couple have been married 61 years.

“I’d like to be able to hang tight with her now,” he says. Fifteen years ago, when he fell into the habit of broadcasting his show with an open collar, Mrs. Pellonpaa said he looked like a “dumb Finn” and needed to wear a tie. After Mr. Pellonpaa’s heart surgery, she pinched his cheeks so he wouldn’t look so pale on television.

Mr. Pellonpaa expects “Finland Calling” to end with him and insists no one else should continue “my show.”

But Mr. Parker said unique content is hard to find. “To lose a program like ‘Finland Calling’ will be a huge gap in that local service,” he said. “It’s so local and ingrained in the market.” He declined to comment on the station’s future plans.

Fans who turned out for Mr. Pellonpaa’s final dance party last Sunday afternoon were split. Mary Ann Karling, one year younger than Mr. Pellonpaa, said it would be nice for someone to take over the Sunday spot. “People have become accustomed to tuning in at that time.”

Helen Lepola would like to see another Finnish show, but some things are sacred. “There will never be another Suomi Kutsuu.”

Others would prefer no one try. “If a new person takes over, he’s going to have to create his own image and his own program because everybody’s going to be skeptical,” said Donald Luoma. “There’s going to be a comparison and that’s not going to work for a new guy.”

In his tenure as host, Mr. Pellonpaa has had cancer, open-heart surgery and two new hips. He also never missed an episode.

“In November I did a swan dive onto my garage floor and fractured my knee cap and sprained my right wrist and battered my face up a little bit like in a boxing match,” he says. “I had a brace on my leg from my ankle to my hip and the kids piled me into the back seat and I laid there and they took me to the studio and I did the show.”

Some say he missed a show in the 1960s. He dismisses this. “The kids gave me the mumps,” Mr. Pellonpaa says. He says he did the show live on the telephone from the confines of his bedroom.

These days, Mr. Pellonpaa – wearing his signature powder-blue sport coat – has been taping his program on Wednesdays with a one-man crew on mics and cameras. Once a purely Finnish-language show, it now repeats much of the content in English.

Last Sunday, Mr. Pellonpaa took a break from setting up the final “Finland Calling” dance at the Elks Lodge to grab a sprinkled doughnut. Between sips of black coffee, he calls to his granddaughter and suggests using a marker to alter a poster congratulating him on 52 years in the business.

Thirty minutes later, he shuffles across the floor with the assistance of a cane and settles in below blue and white Christmas lights (Finland’s colors) to watch his show, something he rarely does because it conflicts with church. Mrs. Pellonpaa introduces the show, taped a few days earlier, as the official 53rd anniversary telecast, and her recollections are interspersed among Finnish music and footage from old dances.

The show closes, as always, with a hymn. Sitting with both hands grasping his cane, he hums along to “Amazing Grace.”

A couple of hours later, hundreds of Yoopers, many casting aside their walkers and canes, dance around him.

A diminutive songbird weighing the equivalent of just three teaspoons of sugar can fly over the north Atlantic, scientists have said, resolving a 50-year mystery.

Tipping the scale at a mere 4.2 ounces, the white-throated, black-capped blackpoll warbler (Setophaga striata) migrates each autumn from New England to South America. For half a century, scientists have debated whether the birds fly non-stop over the ocean or take breaks on land to carry out this marathon flight.

Backpack flight recorders, attached to 40 of the birds, have now provided “irrefutable evidence” that they do it all in one go, the scientists reported in the journal Biology Letters.

The geolocators, weighing only 0.02 ounces, found that the birds completed an astonishing non-stop flight of between 1,410-1,721 miles.

This was the distance from their summer homes in Vermont and Nova Scotia to Puerto Rico, Cuba and the Greater Antilles islands, where they made landfall before continuing to northern Venezuela and Colombia.

The devices were able to track the birds’ flight path but were not big enough to transmit the data in real time.

Three devices with the stored information were recovered for analysis from the Vermont birds, and two from the Novia Scotia group. A blackpoll warbler fitted with a miniaturized light-sensing geolocator.

Albatrosses, sandpipers and gulls are famous for their ultra-long flights – but they have broad, long wings and can settle on water if they get tired or blown off course.

For a forest bird no bigger than a tennis ball, which would drown if it touched the sea, to do such a feat is a wonder, the researchers said.

“For small songbirds, we are only just now beginning to understand the migratory routes that connect temperate breeding grounds to tropical wintering areas,” said Bill DeLuca at the University of Massachusetts Amherst.

“We’re really excited to report that this is one of the longest non-stop overwater flights ever recorded for a songbird, and finally confirms what has long been believed to be one of the most extraordinary migratory feats on the planet.”

The trackers provided confirmation that had thwarted previous investigations into the blackpolls.

“The indirect evidence in favor of an Atlantic voyage was fairly strong,” said Ryan Norris, a professor of biology at the University of Guelph, Ontario.

“You have birds landing on ships in the Atlantic, radar studies off the tip of Nova Scotia showing the birds heading south, and very few sightings of blackpolls in the southern U.S. in the fall.”

From The Wall Street Journal and London’s Daily Telegraph.