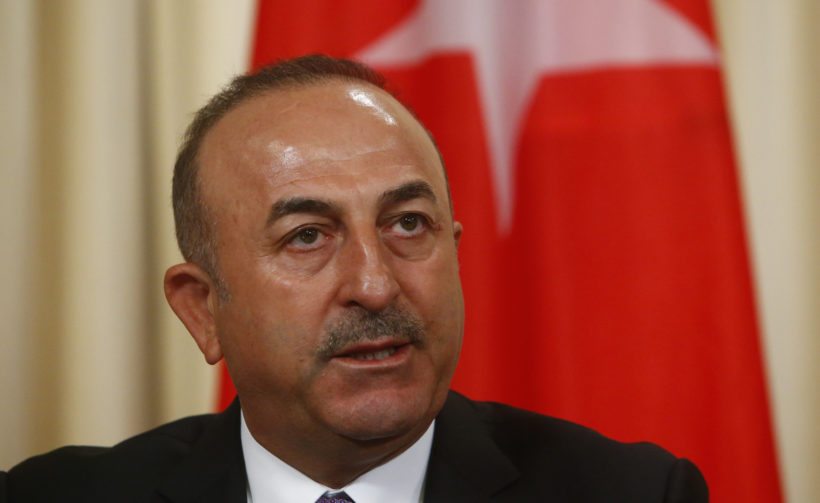 (by Tuvan Gumrukcu, Reuters) ANKARA – Turkey will retaliate if the United States enacts a proposed law that would halt weapons sales to the country, Foreign Minister Mevlut Cavusoglu warned on Sunday.

Lawmakers in the U.S. House of Representatives released details on Friday of a $717 billion annual defense policy bill, including a measure to temporarily halt weapons sales to Turkey.

In an interview with broadcaster CNN Turk, Cavusoglu said the measures in the bill were wrong, illogical and not fitting between the NATO allies.

“If the United States imposes sanctions on us or takes such a step, Turkey will absolutely retaliate,” Cavusoglu said. “What needs to be done is the U.S. needs to let go of this.”

The proposed U.S. National Defense Authorization Act, which is several steps from becoming law, would ask the Defense Department to provide Congress with a report on the relationship between the United States and Turkey, and would block the sale of major defense equipment until the report was complete.

Turkey plans to buy more than 100 of Lockheed Martin’s F-35 Joint Strike Fighter jets, and is also in talks with Washington over the purchase of Patriot missiles.

Turkey signed an agreement with Russia in December to buy S-400 surface-to-air missile batteries as part of Ankara’s plans to boost its defense capabilities amid threats from Kurdish and Islamist militants at home and conflicts across its borders in Syria and Iraq.

The move to buy S-400s, which are incompatible with the NATO systems, has [caused concern with] NATO member countries, which are already wary of Moscow’s military presence in the Middle East, prompting NATO officials to warn Turkey of unspecified consequences.

Cavusoglu dismissed the warnings, saying Turkey’s relations and agreements with Russia were not an alternative to its ties with the West and accused the United States of trying to control Turkey’s actions.

“Turkey is not a country under your orders, it is an independent country… Speaking to such a country from above, dictating what it can and cannot buy, is not a correct approach and does not fit our [NATO] alliance,” he said.

[Cavusoglu’s comments come amid increased tension between the two countries over the war in Syria, where the U.S. backs forces that Turkey sees as a threat, as well as accusations of human rights violations carried out by Turkish President Recep Tayyip Erdoğan] and a number of legal cases against Turkish and U.S. nationals being held in the two countries. [In addition, while in Washington DC last May, authoritarian President Erdogan’s bodyguards brutally attacked peaceful protesters who were expressing their opposition to Erdogan’s policies in Turkey.].

Cavusoglu said he would visit the United States next week to meet Pompeo, but added a specific date had not been set yet.

2. For TURKEY:
a) list the who, what, where and when of the news item
b) What exactly will the US National Defense Authorization Act require before permitting further weapons sales to Turkey?
c) What did Turkish Foreign Minister Mevlut Cavusoglu say about the U.S. temporary hold on weapons sales to Turkey?
d) The U.S. does what is best for the U.S., not for Turkey. What do you think is the Turkish government’s motive for threatening us in this manner?
e) How did Mr. Cavusoglu respond to fellow NATO member countries’ concerns about Turkey purchasing weapons from Russia, which is not a member of NATO (and is viewed as aggressive)?
f) How do you think the U.S. should respond to Turkey’s threats? An ironic threat from Turkey: