World #3 – Ukraine, the site of the world’s worst nuclear accident 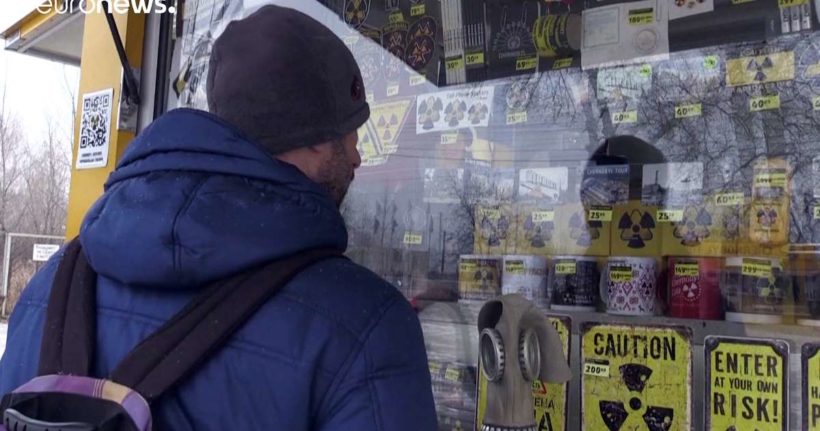 A tourist looks in the window of the souvenir kiosk in Chernobyl.

NOTE: UNESCO (the United Nations Educational, Scientific and Cultural Organization) is a specialized agency of the United Nations aimed at promoting world peace and security through international cooperation in education, the sciences, and culture.

(by Agence France-Presse at EuroNews) — Ukraine is seeking UNESCO World Heritage status for the site of the world’s worst nuclear accident.

In the ghostly town of Pripyat, and its better-known neighbor Chernobyl, many visitors wander among the buildings and streets from where thousands were evacuated over thirty years ago.

“The Chernobyl zone is already a world famous landmark,” guide Maksym Polivko told AFP during a tour on a recent frosty day.  “But today this area has no official status,” the 38-year-old said of the exclusion zone where flourishing wildlife is taking over deserted Soviet-era tower blocks, shops and official buildings.

That could be set to change under the government initiative to have the area included on the UNESCO heritage list alongside landmarks like India’s Taj Mahal or Stonehenge in England.

Officials hope recognition from the UN’s culture agency will boost the site as a tourist attraction and in turn bolster efforts to preserve aging buildings nearby.

The explosion in the fourth reactor at the nuclear power plant in April 1986 left swathes of (then republic of the USSR) Ukraine and neighboring Belarus badly contaminated and led to the creation of the exclusion zone roughly the size of Luxembourg. …

Dozens of villages and towns populated by hundreds of thousands of people were abandoned after the disaster, yet more than 100 elderly people live in the area despite the radiation threat.

In Pripyat, [1.8 miles] from the Chernobyl plant, rooms in eerie residential blocks are piled up with belongings of former residents. 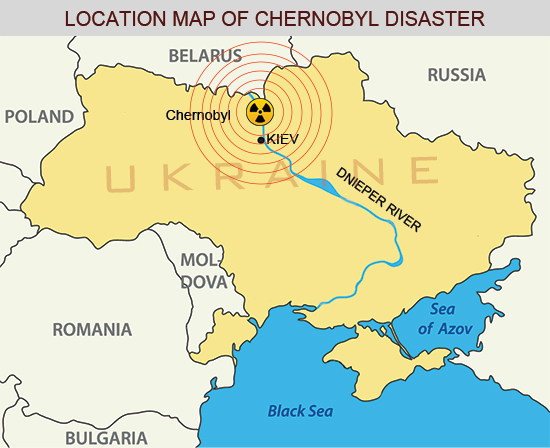 It was a sentiment echoed by Ukrainian Culture Minister Oleksandr Tkachenko, who described the recent influx of tourists from home and abroad as evidence of Chernobyl’s importance “not only to Ukrainians, but of all mankind.”

A record number of 124,000 tourists visited last year, including 100,000 foreigners following the release of the hugely popular Chernobyl television series in 2019.

Tkachenko said obtaining UNESCO status could promote the exclusion zone as “a place of memory” that would warn against a repeat nuclear disaster.

“The area may and should be open to visitors, but it should be more than just an adventure destination for explorers,” Tkachenko told AFP. “People should leave with an awareness of the historic significance of the place.”

The government is set to propose specific objects in the zone as a heritage site before March but a final decision might not come until 2023. …

Tkachenko said the effort to secure UNESCO status was a new priority after work on a giant protective dome over the fourth reactor was completed in 2016. (see “Resources” below for video)

With the site now safe for one hundred years, he said he hoped world heritage status would boost visitor numbers to one million a year.

It’s a figure that would require an overhaul of the local infrastructure and overwhelm a lone souvenir kiosk on the site selling trinkets such as mugs and clothing adorned with nuclear fallout signs.

“Before, everyone was busy with the cover,” Tkachenko said of the timing of the heritage initiative.  “The time has come to do this.”

Published from a report by Agence France-Presse at Euronews on Dec. 13. Reprinted here for educational purposes only. May not be reproduced on other websites without permission.

2. a) What is UNESCO?
b) What is a UNESCO World Heritage site? Be specific.

3. What did you know about Chernobyl before reading the article and “Background”?

4. For what reasons does Ukraine want UNESCO to name Chernobyl a World Heritage site?

6. Consider Ukrainian Culture Minister Tkachenko’s remarks and the information under “Background” and “Resources” below. How important do you think it is for people to learn about the Chernobyl disaster and the attempted cover-up by the Soviet communist government?

and from an Agence France-Presse report at Japan Times: A UNESCO World Heritage Site is a landmark or area with legal protection by an international convention administered by UNESCO:

Watch a 2016 report on the construction of a protective dome over Chernobyl reactor #4 (and read about it here):