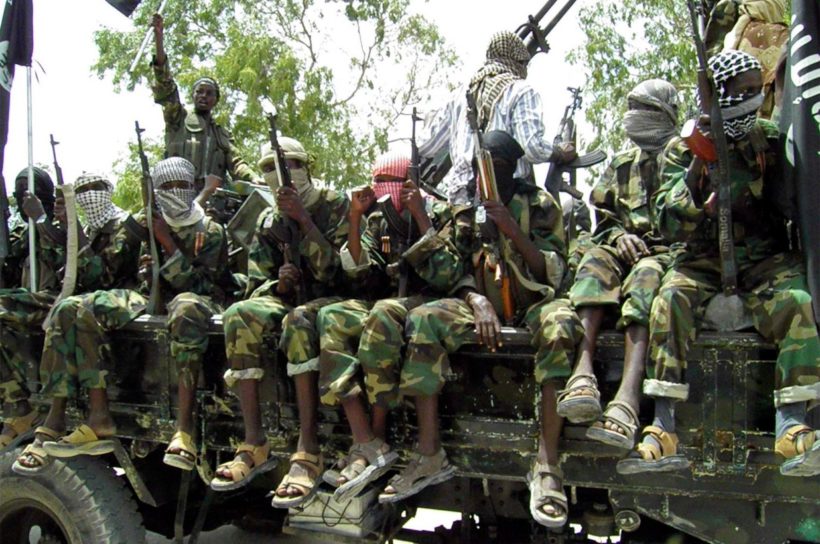 (Combined from articles NY Post and UPI) — The US military launched several airstrikes that killed 62 al-Shabaab militants over the weekend in Somalia, officials said Monday.

Al-Shabab militants use the remote region as a safe haven to attack the people of Somalia.

“Africa Command and our Somali partners conducted these air strikes to prevent terrorists from using remote areas as a safe haven to plot, direct, inspire and recruit for future attacks,” Africom said in a statement.

“In particular, the group uses portions of the southern and central Somalia to plot and direct terror attacks, steal humanitarian aid, extort the populace to fund its operations and shelter radical terrorists.”

The attacks targeted known al-Shabab encampments and the latest assessments show no civilians were injured or killed.

With these attacks, US forces have carried out at least 46 airstrikes so far this year against al-Shabaab, which is allied to al Qaeda and Africa’s most active Islamic extremist group.

The jihadist group controls parts of rural southern and central Somalia and continues to stage deadly attacks in the capital, Mogadishu, and other cities.

The airstrikes, which also target a small presence of ISIS-linked fighters, have picked up dramatically since President Trump took office and approved expanded military operations in the country.

Last month, the US military said it killed 37 extremist in two airstrikes near Debatscile, Somalia.

Compiled from articles on December 17 by by Nicholas Sakelaris, UPI and Yaron Steinbuch, NY Post.

1. For SOMALIA, give the following information:

2. For SOMALIA:
a) list the who, what, where and when of the news item
b) What was the purpose of the attacks on the terrorists?
c) Describe Al-Shabab’s activities in Somalia.
d) From paragraph 9: “The airstrikes, which also target a small presence of ISIS-linked fighters, have picked up dramatically since President Trump took office and approved expanded military operations in the country.”
What do you think of the increased U.S.-Somali airstrikes on al Shabaab? Explain your answer. Read about Navy SEAL hero Kyle Milliken, who was killed in combat in Somalia in 2017 fighting al Shabaab terrorists.