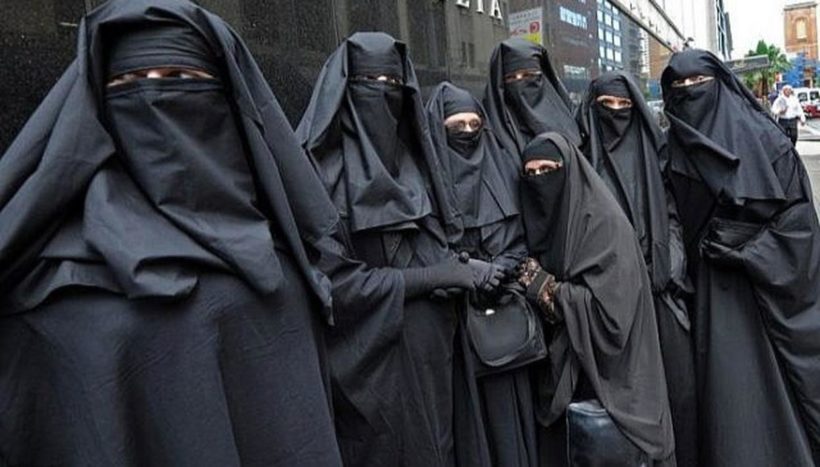 Sarath Weerasekara told the BBC the order needs parliamentary approval to go into effect, but officials say they expect the ban to be implemented very soon.

Burqas are garments worn by Muslim women. They cover the body and face.

“Yesterday, I signed a cabinet paper to ban the burqa. It affects our national security directly. In our early days, Muslim women and girls never wore the burqa,” Weerasekara said at a news conference. “It is a sign of religious extremism that came about recently. We are definitely going to ban it.”

He added that it was “affecting national security” and that a permanent ban was overdue.” So I have signed that and it will be implemented very soon,” he said.

Sri Lanka temporarily banned burqas in 2019 after the Easter Sunday bomb attacks that killed more than 250 people at six locations, including three churches and three hotels.

The Islamic State claimed credit for the attacks shortly after they happened.

Weerasekara also said the government plans to close more than 1,000 Islamic schools (madrassas) in the country. He explained,

“Also, there are more than 2,000 madrassa schools in the country. Nobody can open a school and teach whatever you want to the children.  Children from the ages of 5 to 16 years must study in accordance with the national education policy.  Therefore, more than 1,000 madrassas that do not adhere to the national eductional policy and are not registered will be closed soon.”

Most of unregistered schools “teach only the Arabic language and the Koran, so that is bad,” he said.

The proposals follow an order last year mandating the cremation of COVID-19 victims, over the objection of Muslims [and Christians], who bury their dead.

The United States and international rights groups criticized the order, which was lifted earlier this year.

Muslims make up 9.7 percent of the 22 million people in Sri Lanka, where Buddhists make up the majority — 72% — of residents.

Published at UPI .com on March 13 (with the BBC). Reprinted here for educational purposes only. May not be reproduced on other websites without permission.

2. List the who, what, where and when of the news item.

5. a) What do you think? The government is not closing all madrassas. Is the government right to close a madrassa that:

b) Will only learning the language and holy book of their religion be detrimental to students functioning in society? jobs, careers, etc?
c) Does requiring all student to attend schools that adhere to certain standards set by the government help, harm or make no difference to students? Explain your answer.

6. The minister of public security says the burqa in Sri Lanka is a sign of religious extremism in his country.
Hilmi Ahmed, vice-president of the Muslim Council of Sri Lanka, told the BBC that if officials have problems identifying people in burkas “there would not be any objection from any [individual who poses a concern to law enforcement] to remove the face cover for identity purposes.” He said everyone had a right to wear a face covering regardless of their faith: “That has to be seen from a rights point of view, and not just a religious point of view.”
Consider the following: What do you think?

President Gotabaya Rajapaksa, who was elected president in 2019, after promising a crackdown on “extremism” promulgated regulations allowing the detention of anyone suspected of causing “acts of violence or religious, racial or communal disharmony or feelings of ill will or hostility between different communities.” 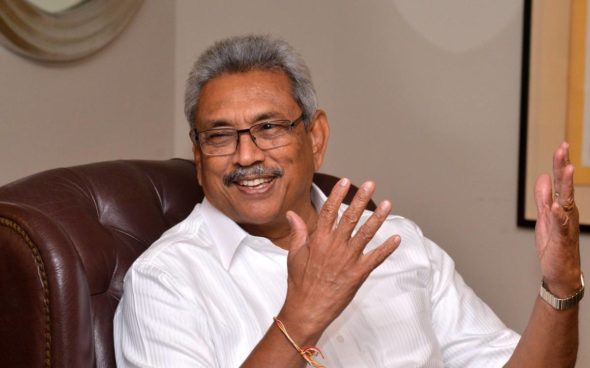 Srilankan President Gotabaya Rajapaksa gestures during an interview with The Hindu in New Delhi on November 30, 2019. (Photo: R.V. Moorthy)

The rules, effective on Friday, March 12 have been set up under Sri Lanka’s Prevention of Terrorism Act (PTA), which local and international rights groups have repeatedly asked Colombo to repeal.

A former defense secretary, Rajapaksa is immensely popular among the Sinhala Buddhist majority, who credit him with ending the island nation’s 26-year civil war in 2009.

Critics, however, say during the war he crushed the Tamil Tigers insurgents, (who were fighting the government to create an independent state) with little regard for human rights, allowed abductions and gave consent to extrajudicial killings. He has rejected all the allegations.

Last month, the United National Human Rights Council session considered a new resolution on mounting rights concerns in Sri Lanka, including over the treatment of Muslims.

Sri Lanka is being called to hold human rights abusers to account and to deliver justice to victims of its 26-year-old civil war.

The Buddhist-majority Sri Lankan government has strongly denied the allegations and has asked member countries not to support the resolution. (from reports at BBC News and Al Jazeera)

Read about the 2019 Easter bombings by Islamic extremists on churches and hotels that led to the ban on the burqa:
Sri Lanka explosions: 321 killed as churches targeted on Easter Sunday (April 2019)