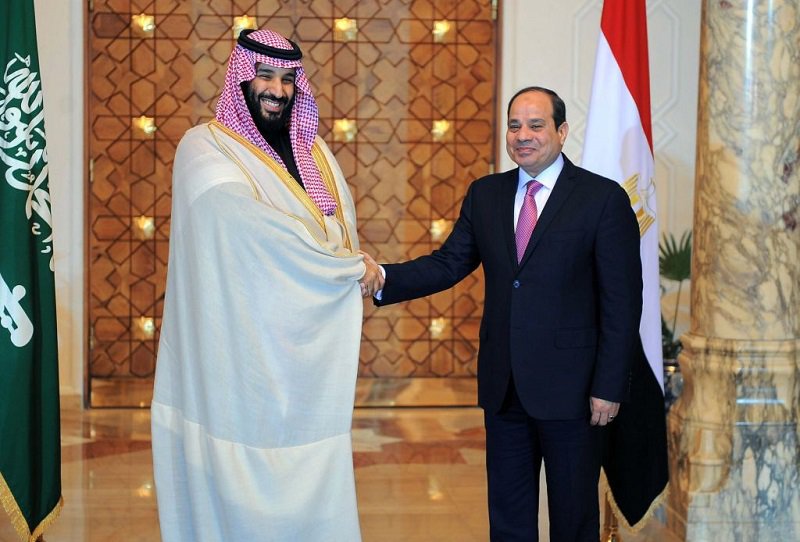 The deal is aimed at developing the Egyptian side of NEOM, the futuristic project bordering Saudi Arabia and Jordan which was unveiled by Prince Mohammed last October as part of plans to diversify the kingdom’s oil-dependent economy. “Saudi Arabia signed (an) investment agreement with Egypt to develop Egyptian lands in the south of Sinai to be part of the NEOM Project,” the government source told AFP.

“Saudi Arabia and Egypt have set up a joint fund of equal shares valued at more than $10 billion. The Egyptians’ share comprises a leased land for (the) long term.”

Prince Mohammed’s visit to Cairo is the first leg of his maiden foreign tour as heir to the Saudi throne.

[Egypt and Saudi Arabia have strengthened ties since al Sisi took power in 2013 after ousting the Muslim Brotherhood, which both countries have banned and designated as a terrorist organization.].

The NEOM deal underscores growing strategic ties between the Arab world’s richest and the most populous states – Saudi Arabia and Egypt – who are both opposed to Iran’s influence in the region.

Egypt is nominally part of a Saudi-led military coalition which intervened in Yemen in March 2015 to fight Iran-backed Houthi rebels.

The two allies are also part of a bloc of nations that has boycotted Qatar since June over alleged ties to Islamic extremists and Iran.

The powerful crown prince is expected in Britain on Wednesday for talks with Prime Minister Theresa May and in the United States [Riyadh’s closest Western ally] from March 19 to 22.

He is also expected to visit France in the coming weeks.

The $500-billion NEOM, meaning “new future” in a combination of English and Arabic abbreviations, is planned to be a biotech and digital hub spread over 26,500 square km [almost 16,500 sq miles] in an area facing Jordan and Egypt.

2. For SAUDI ARABIA:
a) list the who, what, where and when of the news item
b) What is the purpose for Prince Salman’s NEOM?
c) What is the significance of the deal between Saudi Arabia and Egypt?
d) Saudi Arabia’s new city of the future NEOM will supposedly allow women to have equal rights. Describe the hypocrisy here.

Neom is a planned 10,230-square-mile (26,500 sq km) transnational city and economic zone to be constructed in Tabuk, Saudi Arabia close to the border region of Saudi Arabia, Jordan, and Egypt (via a proposed bridge across the Gulf of Aqaba).

The name NEOM was constructed from two words meaning “new” and “future.”

The city was announced by Saudi Crown Prince Mohammad bin Salman at the Future Investment Initiative conference in Riyadh, Saudi Arabia on October 24, 2017.