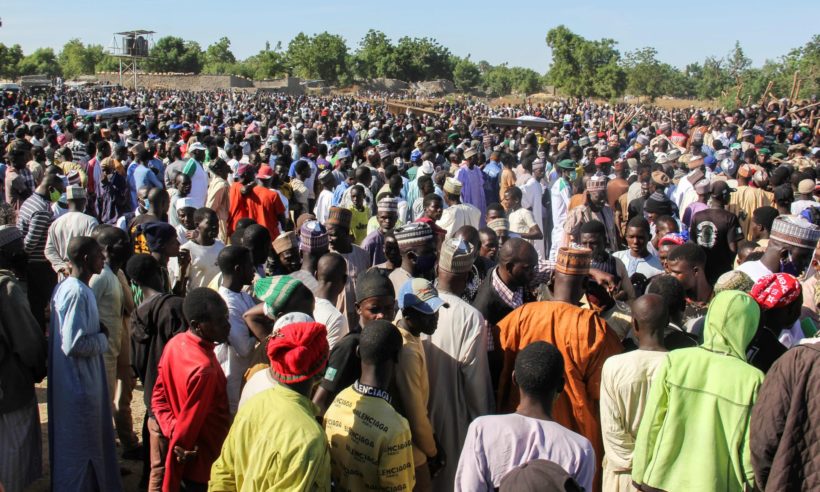 (by Agence France-Presse at France24) — At least 110 people were killed in a weekend attack on farm workers in northeast Nigeria blamed on jihadists, the UN humanitarian coordinator in the country said on Sunday, making it the deadliest raid on civilians this year.

The attack, in a state gripped by a jihadist insurgency for more than 10 years, took place the same day as long-delayed local elections in the state.

“I am outraged and horrified by the gruesome attack against civilians carried out by non-state armed groups in villages near Borno State capital Maiduguri,” (UN humanitarian coordinator to Nigeria) Edward Kallon said in a statement.  “At least 110 civilians were ruthlessly killed and many others were wounded in this attack.”

Initial tolls indicated 43 and then at least 70 dead from Saturday’s massacre.

Some locals blamed the attack on Boko Haram jihadis, but Bulama Bukarti, an analyst with the Tony Blair Institute, said the rival IS-affiliated Islamic State West Africa Province (ISWAP) were more active in the area.

“ISWAP is the likely culprit,” he tweeted.

…The violence centered on the village of Koshobe near the Borno state capital Maiduguri, with assailants targeting farm workers harvesting rice fields. …

Kallon said the assailants — “armed men on motorcycles” — also targeted other communities in the area.

“Rural communities in Borno State are facing untold hardships,” he added, calling for more to be done to protect them and to head off what he said was a looming food crisis there.

…Borno Governor Babaganan Umara Zulum attended the burial Sunday in the nearby village of Zabarmari of 43 [of the dead] recovered on Saturday, saying the toll could rise after search operations resumed.

The victims included dozens of laborers from Sokoto state in northwestern Nigeria, roughly 600 miles away, who had travelled to the northeast to find work, it said.

Six were wounded in the attack and eight remained missing as of Saturday.

Kallon, citing “reports that several women may have been kidnapped,” called for their immediate release.

Nigerian President Muhammadu Buhari condemned the attack on Saturday, saying: “The entire country has been wounded by these senseless killings.”

Neither the president’s statement nor Sunday’s reactions from the EU and the UN mentioned either Boko Haram or ISWAP by name.  But both groups have been active in Borno State…

The two groups have been blamed for increasing attacks on loggers, farmers and fishermen whom they accuse of spying for the army and pro-government militia.

They have also targeted them for failing to pay a tax they impose on anyone economically active in some parts of the state.

At least 36,000 people have been killed in the jihadist conflict, which has forced around two million people to flee their homes since 2009.

The violence has also spread into neighbouring Niger, Chad and Cameroon, prompting a regional military coalition to fight the militants.

From Agence France-Presse (AFP) published at France24 on Nov. 30. Reprinted here for educational purposes only. May not be reproduced on other websites without permission.

2. a) list the who, what, where and when of the news item
b) Who were the Nigerians murdered on Saturday by one of two Islamic terrorist groups (Boko Haram or ISIS-affiliated Islamic State West Africa Province)?
c) For what reasons are these workers targeted by terrorists?
d) What other workers are also targeted by these extremist groups?
e) What was UN humanitarian coordinator to Nigeria Edward Kallon’s reaction to the murders?
f) The purpose of the U.N. (from its website) is “to bring all nations of the world together to work for peace and development, based on the principles of justice, human dignity and the well-being of all people.”
The UN’s Human Rights Council is responsible for strengthening the promotion and protection of human rights around the globe and for addressing situations of human rights violations and make recommendations on them.
(Did you know the U.S. is one of 193 member countries in the United Nations but we paid 22 percent of the entire UN budget in 2020?)
Nigeria has been dealing with ongoing jihadist attacks for at least 10 years.
What do you think the UN could/should do to help the people of Nigeria? 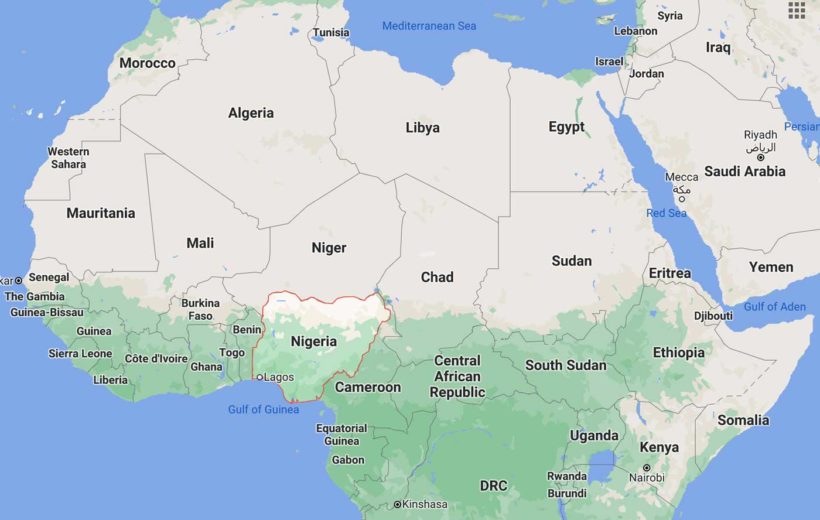