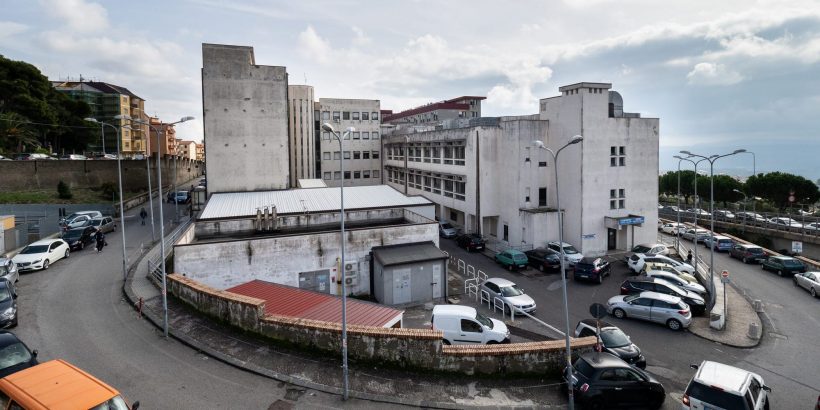 (Compiled from UK’s Guardian, Daily Mail and BBC News) — A public sector employee in an Italian hospital, nicknamed the “King of absenteeism,” has been accused of taking a salary for 15 years without ever turning up for work.

Police say Salvatore Scumace continued to be paid a monthly salary amounting to a total of $648,000 despite not turning up to work at Pugliese Ciaccio hospital in the Calabrian city of Catanzaro since 2005.

Now aged 67, he faces charges of abuse of office, forgery and aggravated extortion.

Six managers at the hospital are also being investigated on suspicion of having played a role in enabling his alleged absenteeism, which is rife in Italy’s public sector.

The arrests are the result of a lengthy police investigation into absenteeism and suspected fraud in the Italian public sector [government workers].

Scumace was a civil servant, and was assigned to a job in the hospital as a fire safety inspector in 2005. It was at this point he stopped going into work, the police said. (He was only seen at the hospital once – on the day he went to sign his work contract in 2005.)

The police have also accused him of threatening his manager to stop her from filing a disciplinary report against him.

That manager later retired, police added, and Scumace’s ongoing absence was never noticed by her successor or human resources.

(One report says Scumace allegedly threatened the directors of the hospital by telling them their relatives would be hurt if they turned him in.)

In an investigation codenamed Part Time, police gathered their evidence from attendance and salary records as well as witness statements from colleagues.

In 2016 the government tightened a law against the workshy [lazy; not willing to work] after several high-profile police investigations revealed just how rampant absenteeism was across the public sector.

When police compared a list of the hospital’s workers with shifts they had been present for, they found a discrepancy with Scumace and his salary.

He was fired last September and has been charged with aggravated extortion, fraud and abuse of office.

Another 57 employees supposedly working at the hospital have been fired recently for not showing up and are under investigation.

And those who skipped work were reportedly seen drinking in bars and playing slot machines.

Compiled from articles published on April 21 by the UK’s Guardian by Angela Giuffrida, Daily Mail by Isabella Nikolic and BBC News. Reprinted here for educational purposes only. May not be reproduced on other websites without permission.

2. What job was Salvatore Scumace assigned at the Pugliese-Ciaccio Hospital?

3. How much did Scumace earn while not working for 15 years?

4. What charges were brought against Scumace?

5. How was Scumace able to get away with not going to work for 15 years? – How was he found out?

6. How many others are also being investigated for skipping work at the same hospital?

7. What punishment do you think Scumace deserves for his crimes? (lengthy prison sentence, pay back the entire amount stolen, both, other?) Explain your answer.

8. a) Define egregious.
b) Why do you think Scumace’s (and the others’) theft is such an egregious type of theft?

In one investigation into government employee corruption, police used secret surveillance cameras to ensnare 35 workers at Sanremo’s town hall who had been cheating the time management system for at least two years. The wives of two of the employees were caught using their husband’s staff cards to clock on for them, while other staff members clocked on before going canoeing, shopping or out with friends.

In another case, a police officer was filmed clocking on for work in his underwear because he lived in the same building he worked in. He was acquitted of accusations of fraud last year.