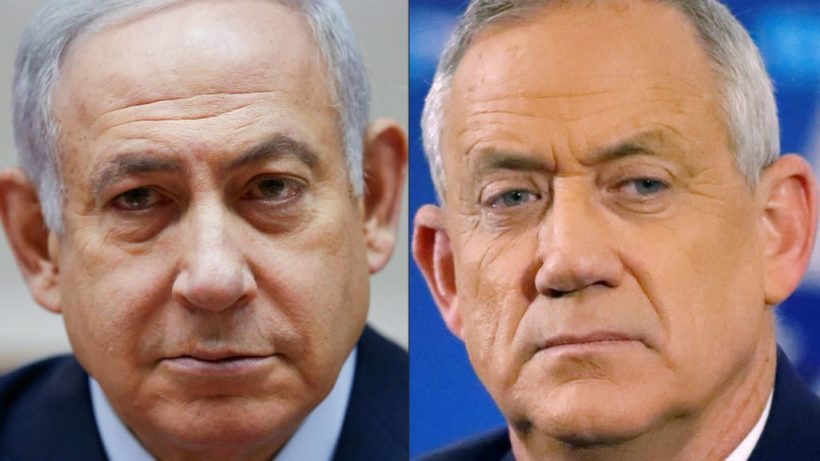 (Compiled from AFP and UK Independent) – Israeli Prime Minister Benjamin Netanyahu and his main opponent Benny Gantz sought to galvanize supporters Monday on the eve of a tense election with the political fate of the country’s longest-serving premier in the balance.

The vote on Tuesday will be Israel’s second in five months after Netanyahu suffered one of the biggest defeats of his political career when he failed to form a coalition after April election.

The last polls released over the weekend by Israeli TV channels 12 and 13 predict Mr. Netanyahu’s Likud party and his rival Blue and White, headed by ex-army chief Mr. Gantz, would sweep 32 seats each.

Both also predict a stalemate in coalition building: no bloc, whether right or centre, will manage to secure a 61-seat majority of the 120 seats available in Israel’s Knesset to form a government, indicating the potential for a third election.

Mr. Netanyahu is fighting to secure a record fifth term in office as prime minister.

He was forced to initially call early elections last year after his defense minister Avigdor Lieberman resigned and pulled his party out of the ruling coalition, leaving Mr Netanyahu with an impossible one-seat knife-edge majority. 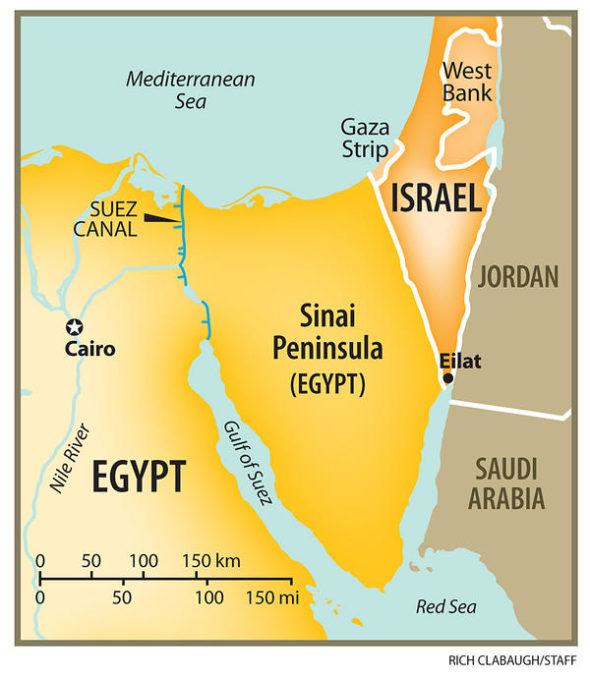 Although the premier secured 35 seats in the April elections and was tapped by Israel’s president, Reuven Rivlin, to form the next government, he failed to get enough parties on side to secure the 61 seats needed to rule.

Mr. Lieberman, whose right-wing Yisrael Beiteinu party won five seats in the election in April and could have tipped the balance, once again played kingmaker, or destroyer, by refusing to join Mr. Netanyahu’s coalition at the 11th hour. The Likud and its supporters voted for fresh elections.

Mr. Lieberman has nominally said in Tuesday’s elections he would side with Blue and White.

Compiled from articles at the UK Independent and Agence France-Presse. Reprinted here for educational purposes only.

2. For ISRAEL:
a) list the who, what, where and when of the news item
b) For what reason is Israel holding an unprecedented second national election in five months?
c) Read the “Background” below the questions. The Israeli system of government is based on parliamentary democracy. What do you think of this system that includes coalition building when ‘forming a government’?

Israel elections: why is the country going to the polls again?
Voters will be asked to choose a government on Tuesday, just five months after the last general election.

Israelis are due to vote on Tuesday in an election pitting Benjamin Netanyahu, the country’s longest-serving prime minister, against Benny Gantz, a former army chief.

Did Israel not just have an election?

Correct. For the first time in its history, Israel is holding two national elections in one year.

Why would a country do that?

It is all to do with coalition building, a vital part of Israel’s political system in which it is extremely unlikely for a party to win an outright majority in the 120-seat Knesset. In April, the prime minister and his rightwing allies appeared to come out ahead. But Netanyahu later failed to gather them into a majority government after he lost support from his former defence minister, Avigdor Lieberman. To give himself another shot, Netanyahu forced parliament to dissolve, triggering repeat elections.

What did Lieberman want?

Ostensibly, it was over disagreements between Lieberman’s secular party and Jewish ultra-Orthodox politicians. Lieberman refused to join a coalition with them unless Netanyahu agreed to force seminary students to serve in the army. Israel’s deeply observant minority have long been allowed to avoid the draft to study, but the issue has irked non-religious Israelis.

What is different this time?

Less than you might think. Netanyahu’s Likud party and Gantz’s Blue and White remain tied in polls, similar to April. However, Lieberman’s stunt appears to have won him support, possibly from secular voters, and he might win several more seats than last time. That could award him a kingmaker status, giving him a say over who becomes Israel’s next leader. Meanwhile, voter fatigue around having to do this all over again makes it possible there will an unusually low turnout.

The real battle for power is likely to begin the day after the election when the negotiating begins to form a coalition government. There are many potential scenarios in which both Netanyahu and Gantz may come out ahead. It’s even possible they will join together under a unity government. The big wildcard is another stalemate, which could lead to a third election in January.

How is Netanyahu faring?

Not as well as he would like, especially in a battle where the prime minister’s own freedom is potentially at stake. Netanyahu still faces three major corruption scandals – charges he denies – with pre-trial hearings to begin next month.

As with previous elections, the leader has sought to appeal to hardliners to gather support. Last week, he promised to annex a large part of the occupied West Bank…