World #3 – Iran regime may have killed 1,000 citizens during protests 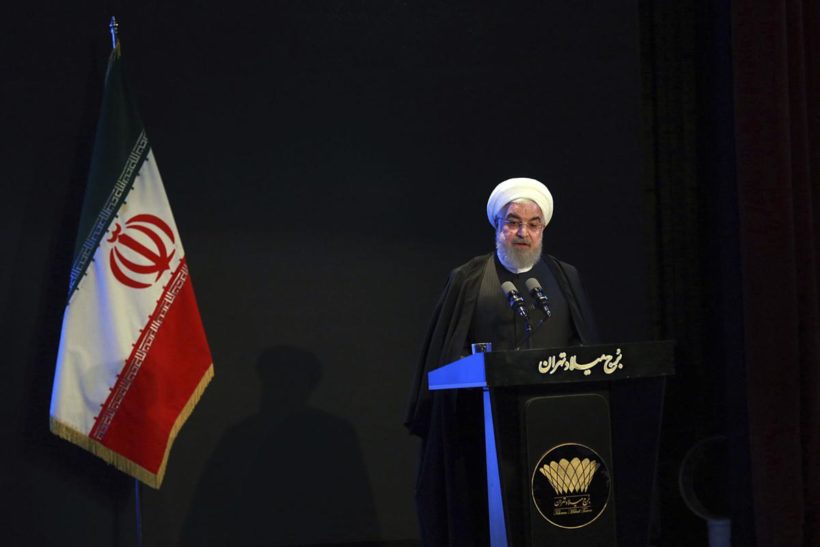 In this photo released by the official website of the Office of the Iranina Presidency, President Hassan Rouhani speaks in a meeting in Tehran, Iran, Wednesday, Dec. 4, 2019.

(by Darryl Coote, UPI) — The Department of State’s special envoy for Iran said Thursday that Tehran may have killed more than a thousand citizens during recent protests that he called “the worst political crisis the regime has faced in its 40 years.”

Brian Hook, special representative for Iran and senior advisor to Secretary of State Mike Pompeo, told reporters in Washington, D.C., that the State Department knows “for certain” that the death toll from the Iran government’s crackdown on protests is in the “many, many hundreds,” a number that could increase as more information becomes available.

On Monday, Amnesty International said at least 208 people had died though “the real figure is likely to be higher.”

Hook said the State Department’s number is based on a collection of “crowdsourcing intelligence,” video and intelligence reports from various groups, among other sources of information, it has received.

“As the truth is trickling out of Iran, it appears the regime could have murdered over a thousand Iranian citizens since the protests began,” including at least a dozen children, he said, adding that many thousands have been injured and at least 7,000 have been detained.

Protests erupted in Iran on November 15 [after the Iranian government abruptly raised fuel prices by as much as 300%. The protests spread to more than 100 cities and towns and turned political as young and working-class protesters demanded clerical leaders step down]. Regime leaders responded by sending security forces to attack protesters. They also imposed a near-total Internet blackout. [It began to be restored in part a week later.]

On Nov. 22, Pompeo asked for Iranian protesters to send videos documenting the crackdown so the United States can “expose and sanction the abusers.”

Hook said they have received more than 32,000 videos and the State Department has determined those responsible for committing “gross human rights violations” under U.S. law and has asked Congress to impose strict sanctions against them.

“These protests have made clear what Secretary [Mike] Pompeo and I have been saying for quite some time: The Iranian people want the regime to focus on investing in people, not proxies,” he said. “They are sick of the regime squandering its wealth on proxy warfare, which leads only to economic pressure and diplomatic isolation.”

He said the regime only has the support of a “handful of clerics” the people “despise” and it is only holding onto power through force.

“Now is the time for all nations to stand with the Iranian people, diplomatically isolate the regime and sanction those officials who are responsible for murdering innocent Iranians,” he said.

Published by UPI on December 5, 2019. Reprinted here for educational purposes only. May not be reproduced on other websites without permission from United Press International.

U.S. Special Representative for Iran Brian Hook also said a U.S. Navy warship seizing advanced missile parts believed to be linked to Iran from a boat it stopped in the Arabian Sea on Nov. 25 was likely further proof of Tehran’s efforts to inflame conflict in the region.

“We interdicted a significant hoard of weapons and missile parts evidently of Iranian origin. The seizure includes sophisticated weapons,” he said, adding that the vessel was reportedly heading to Yemen to deliver the weapons.

“The weapon components comprise the most sophisticated weapons seized by the U.S. Navy to date during the Yemen conflict,” Hook said.

Under a United Nations resolution, Tehran is prohibited from supplying, selling or transferring weapons outside the country unless approved by the Security Council. A separate U.N. resolution on Yemen bans the supply of weapons to Houthi leaders. (from a Dec. 5 Reuters report)

Foundation for Defense of Democracies is holding a virtual townhall on Iran this week. Watch at fdd.org.