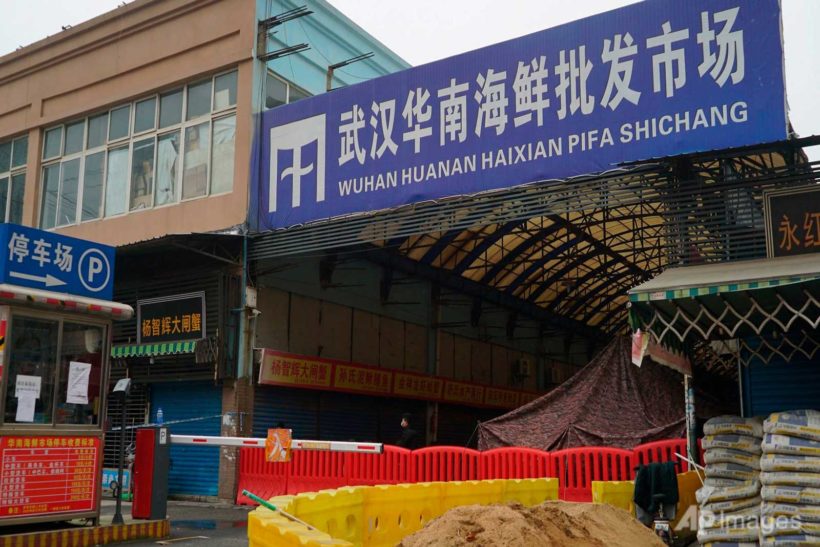 (News.com.au, Jan. 28) — Scientists have confirmed that the epicenter of the deadly coronavirus outbreak which has infected more than 2700 people and killed at least 81, began in Wuhan, China.

Experts from China’s Center for Disease Control and Prevention (CDC) said tests confirmed the virus first jumped from animals to humans inside the Huanan Seafood Wholesale Market in the heart of city, according to China’s state-owned Xinhua news agency. The now-shuttered market sold live animals including wolf pups, foxes, rats and peacocks. [Other wildlife sold at the market, which has since been shuttered, included crocodiles, giant salamanders, snakes, porcupines and camel meat. “Freshly slaughtered, frozen and delivered to your door,” said the price list for the vendor, “Wild Game Animal Husbandry for the Masses.”]

The “wet” market,* which includes live animals for sale, had been reported as the source of the outbreak, however samples now confirm that is the case after testing was carried out. [*Per Wikipedia: Wet markets are places that sell dead and live animals out in the open. This includes poultry, fish, reptiles, and pigs. … Wet markets also generally include butcher shops with fresh meat. The fresh meat and fish sections are separate from the fruit and vegetable stalls.]

“Thirty-one of the 33 positive samples were collected from the western zone of the market, where booths of wildlife trading concentrated,” the CDC said.“The result suggests that the novel coronavirus outbreak is highly relevant to the trading of the wild animals, experts said.

The confirmation comes as China ramped up its sweeping efforts to contain the virus on Monday by extending its Lunar New Year holiday.

The end of the holiday period – China’s busiest travel season – was pushed back from Thursday to Sunday to “reduce mass gatherings” and “block the spread of the epidemic,” a Cabinet statement said.

Schools will also postpone reopening until further notice, it added.

Tens of millions of people had been due to crowd into planes, trains and buses to return to work after visiting their hometowns or tourist sites for the holiday.

But China’s health minister, Ma Xiaowei, has admitted the country is now entering a “crucial stage” where “the ability of the virus to spread is getting stronger.”

The government of Shanghai, a metropolis of 25 million people and a global business center, extended its Lunar New Year holiday by an additional week to February 9, while Hong Kong also announced it would bar entry to all travelers from the country’s Hubei province, starting Monday.

The National Health Commission said 2,744 cases had been confirmed by midnight on Sunday. The youngest patient is a 9-month-old girl in Beijing.

“To get the epidemic under control in Wuhan and the good health of people in Wuhan will be good news for the whole country,” Li told a crowd of shoppers.

“We wish the people of Wuhan a safe, healthy and long life. Let’s go, Wuhan!”

Most vehicle use, including private cars, has now been banned in Wuhan’s downtown areas. About 6,000 taxis have instead been assigned to neighbourhoods to help people get around if they need to.

The city is also building two hospitals, one with 1,500 beds and another with 1,000, for the growing number of patients. The first is scheduled to be finished next week.

From news .com .au, with wire services.  Reprinted here for educational purposes only. May not be reproduced on other websites without permission from News Corp. Australia.

2. For CHINA:
a) list the who, what, where and when of the news item
b) What is a wet market?
c) How did China’s Center for Disease Control pinpoint the source of the coronavirus outbreak?
d) What specifically is the outbreak connected to, according to China’s CDC?
e) e) What actions has the government taken thus far to contain the outbreak?
f) The communist government of Xi JinPing has been accused of not implementing proper sanitary regulations or health standards at these markets. What do you think? Ask a parent the same question. 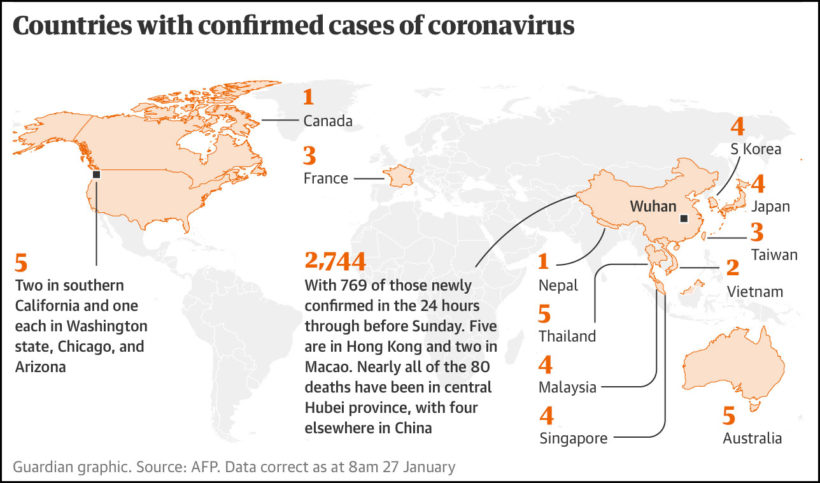 Watch a Jan. 27 report from The Guardian: