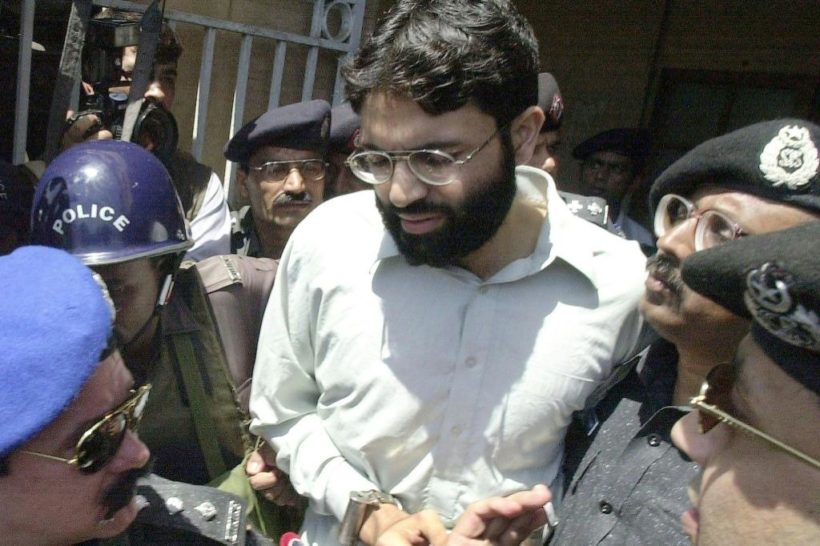 British-born Ahmed Omar Saeed Sheikh was jailed in 2002, convicted of masterminding the kidnap and murder of US journalist Daniel Pearl (Photo: AFP)

(by Darryl Coote, UPI) — A three-judge panel of the Pakistani Supreme Court on Thursday ordered the release of the British-born militant who was convicted of killing American reporter Daniel Pearl in 2002.

By a 2-1 vote, the court ordered that Ahmed Omar Saeed Sheikh be released and rejected appeals by Pearl’s family and a regional Pakistani government to keep him imprisoned.

The court also ordered that three other Pakistani nationals serving life sentences for Pearl’s kidnapping and death also be freed. They were convicted of terrorism charges.

Sheikh, 47, has been on death row in Pakistan for 18 years since his conviction.

Pearl, a reporter and South Asia bureau chief for The Wall Street Journal, had been investigating terror group al-Qaida and so-called “shoe bomber” Richard Reid when he disappeared in Karachi, Pakistan, in January 2002. A gruesome video later surfaced that showed he was beheaded. 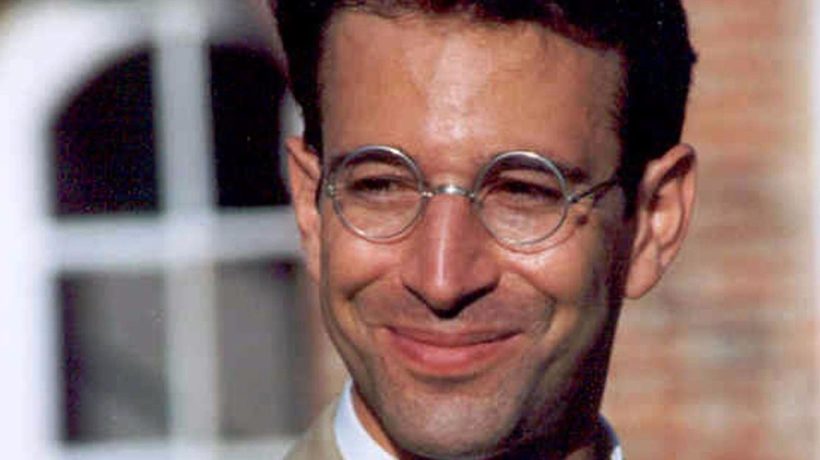 Last month, the provincial Sindh High Court downgraded Sheikh’sconviction to kidnapping and ordered that he be released. The court also acquitted the other three. Thursday’s Supreme Court ruling upheld the Sindh court’s decision.

[Less than six months after Daniel Pearl’s horrific murder, Sheikh was convicted of kidnapping for ransom, terrorism and murder, and he was sentenced to death. Three other alleged accomplices were given life in prison. The same lower court that overturned Sheikh’s convictions also overturned those of the other three men.  Pakistan’s Supreme Court ruled Thursday that they, too, should be freed].

The Supreme Court’s vote was partly based on a handwritten note from Sheikh in 2019 that acknowledged he’d played a “minor” role in Pearl’s killing. It was the first time in nearly 20 years he’d admitted any involvement.  [ReportersWithoutBorders notes: “A week before the release of a video showing Pearl being beheaded, Sheikh had boasted of orchestrating his abduction during an appearance before a court in Karachi”].

“Today’s decision is a complete travesty of justice and the release of these killers puts in danger journalists everywhere and the people of Pakistan,” the Pearl family said Thursday.

“We urge the U.S. government to take all necessary actions under the law to correct this injustice.”

“The United States stands ready to take custody of Sheikh to stand trial here on the pending* charges against him,” Wilkinson said in a statement. “He must not be permitted to evade justice.” [*Unclear why AG Wilkinson calls the charges against Sheikh “pending” as he was convicted and sentenced to death by a Pakistani court  in 2002.]

He also said the release of those involved in Pearl’s death was “an affront” to his family, to other terrorism victims around the world and to justice.

On Thursday, the Sindh prosecutor general handling the Pearl family appeal said the regional court would wait for an official written verdict before asking the Supreme Court to review the petition. Such reviews are rarely successful, he said.

Published at UPI on Jan. 28. Reprinted here for educational purposes only. May not be reproduced on other websites without permission.

2. Who was Daniel Pearl? What was he doing in Karachi, Pakistan when he was kidnapped and brutally murdered?

4. What was Sheikh convicted of in 2002? What sentence did he receive?

5. Why do you think the Pakistani court released Sheikh and his three accomplices (who were convicted of terrorism)?

6. How did President Biden’s Acting Attorney General Monty Wilkinson react to the news of the release of Daniel Pearl’s murderers?

7. From the Jan. 28 Associated Press report:

White House press secretary Jen Psaki said the U.S. was “outraged by the Pakistani Supreme Court decision to affirm the acquittals of those responsible” for Pearl’s slaying and underscored the administration’s commitment to secure justice for Pearl’s family.

The case seems certain to test the new Biden administration’s skill in dealing with Pakistan, considered a key ally in getting peace in neighboring Afghanistan.

a) What do you think President Biden should do to carry out his administration’s promise to secure justice for Daniel Pearl and his family? Explain your answer.
b) Since the Pakistani government cannot force the Pakistani Supreme Court to reverse its decision, do you think the Biden administration will be able to get the government to extradite the 4 convicted terrorists to the U.S. to stand trial for the murder of Mr. Pearl? Explain your answer.
c) Joe Biden became one of the youngest people ever to get elected into the U.S. Senate at age 29. He represented the state of Delaware for 36 years, from Jan. 3, 1973, until Jan. 15, 2009. He then served as Barack Obama’s Vice President for 8 years. How successful do you think President Biden’s “skill in dealing with Pakistan” will be? Explain your answer.

Pearl had been investigating the link between Pakistani militants and Richard C. Reid, dubbed the “shoe bomber” after his attempt to blow up a flight from Paris to Miami with explosives hidden in his shoes.

[His killers recorded video of his murder and beheading and delivered the footage to the US consulate in Karachi.] Pearl’s body was discovered in a shallow grave soon after a video of his beheading was delivered to the U.S. Consulate.

The Pentagon in 2007 released a transcript in which Khalid Sheikh Mohammad, the alleged mastermind of the 9/11 attacks on the United States, said he had killed Pearl.

“I decapitated with my blessed right hand the head of the American Jew Daniel Pearl,” the transcript quoted Mohammed as saying. Mohammad first disclosed his role while he was held in CIA custody. He remains in the U.S. prison in Guantanamo Bay and has never been charged with the journalist’s death. (from a Jan. 28 AP report)